Home > National > It’s Been a Deadly Summer for Black Children in St. Louis. State Lawmakers Are Poised to Do Absolutely Nothing

It’s Been a Deadly Summer for Black Children in St. Louis. State Lawmakers Are Poised to Do Absolutely Nothing 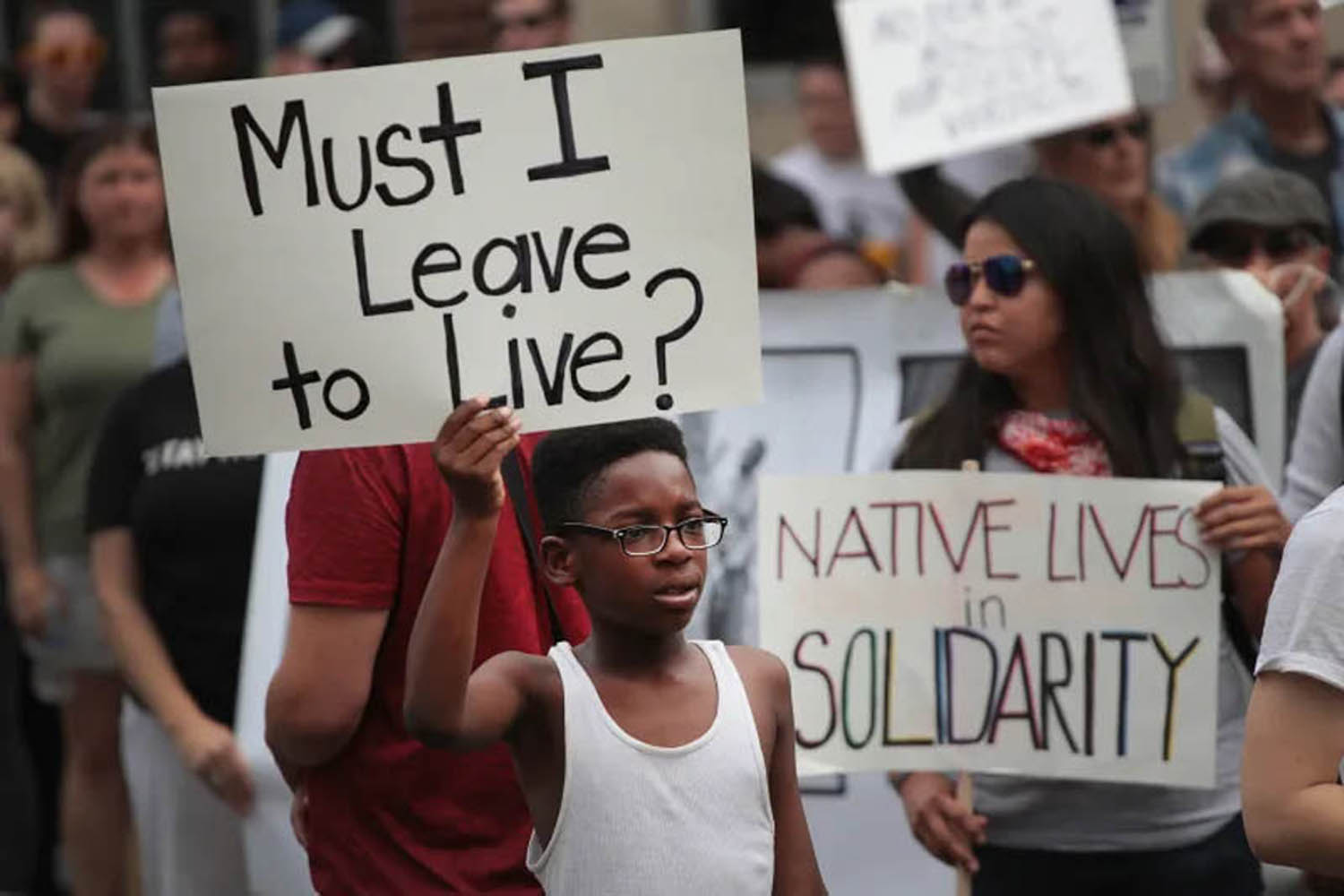 By: Anne Branigan, The Root

St. Louis, MS — A horrific string of unsolved shootings killing children in St. Louis has local police offering up to $100,000 for help in finding suspects. But even as gun violence has claimed the lives of 13 children since April, the GOP-run statehouse has made clear it has no plan to address the outbreak in violence.

As both the Washington Post and BuzzFeed have reported, St. Louis police on Saturday announced a $100,000 reward until Sept. 1 for information that could help detectives solve the cases. The math explained to reporters was particularly macabre: Police noted to reporters they were offering $25,000 rewards for each child younger than 10 who had been killed, CNN writes.

“We are all at risk when these suspects remain on the street,” she continued. “If you are as outraged as I am… please help.”

But as the St. Louis Post-Dispatch reported Tuesday morning, despite the national attention the city has gotten for the unsolved shootings, Republican state lawmakers haven’t signaled any urgency—let alone a plan—for addressing the gun violence that is debilitating the city.

Senate President Pro Tem Dave Schatz told the Post-Dispatch that he was open to any solution—but said he hadn’t heard any fixes that could pass the GOP-run legislature.

The lack of action is indicative of the lack of political will to even attempt to address gun violence in conservative legislatures—a lethargy magnified by the fact that many of the victims are black.

This is the case in St. Louis this summer, where children ranging in age from 2-years-old to teenagers have been gunned down in what appear to be separate acts of violence. According to BuzzFeed, these kids have been shot in the most innocuous of circumstances: sitting on their front porches, playing in their backyards, hanging out in parks or taking shortcuts home.

The deaths have taken a substantial toll on the city. From BuzzFeed:

The district has lost nine current and former students this year: football players, second-graders, freshman, 16-year-olds. St. Louis schools has three crisis teams that it sends to campuses to help students and teachers process losing a child to gun violence.

Among the children killed was 8-year-old Jurnee Thompson, who was shot as she and her family were waiting to pick up a food order outside a restaurant over the weekend.

Two of her teenage cousins waiting alongside her were also injured by gunfire that erupted nearby.

According to BuzzFeed, Jurnee’s mother, Sharonda Edmondson, wrote shortly after her daughter’s death: “Jurnee, I tried so hard baby, but the system failed me.”

Edmondson’s comment highlights another component of the deadly spate of violence hitting St. Louis: a complete breakdown in trust between black communities and the systems charged with keeping them safe.

As the Washington Post highlighted in a recent investigation, homicides where black people are victims are cleared at much lower rates than when the victims are white. According to the Post, over the past 10 years, 26,000 murders in America’s largest cities have yet to see a single suspect charged; of those killings, almost 75 percent of the victims were black:

Black victims, who accounted for the majority of homicides, were the least likely of any racial group to have their killings result in an arrest, The Post found. While police arrested someone in 63 percent of the killings of white victims, they did so in just 47 percent of those with black victims.

Experts have noted that because of low clearance rates and decades of abusive policing, community members are often reticent to come forward with information, creating a feedback loop of mistrust and resignation when violence does break out.

So far, St. Louis police have only one suspect in any of the killings.

The city has maintained one of the highest murder rates of any city in the nation since 2015, with 134 homicide cases so far this year (as BuzzFeed notes, guns were used in almost all of them). And when it comes to children dying from gun violence, St. Louis is poised to surpass last year’s death toll of 19. Before the start of September, 18 children have died from guns.

Desperate for action, the Missouri state legislature’s Black Caucus sent a letter to Governor Mike Parson asking for municipalities to pass their own gun laws.

“We took this action in the wake of tragic deaths of over a dozen children this year,” Rep. Steve Roberts, the caucus’ chair said. “We consider this an emergency that demands the attention of the entire General Assembly and the Governor. Action must be taken to stem this rise in gun violence in our cities and to help local law enforcement protect our children.”

As of Tuesday morning, the governor was silent on the matter.