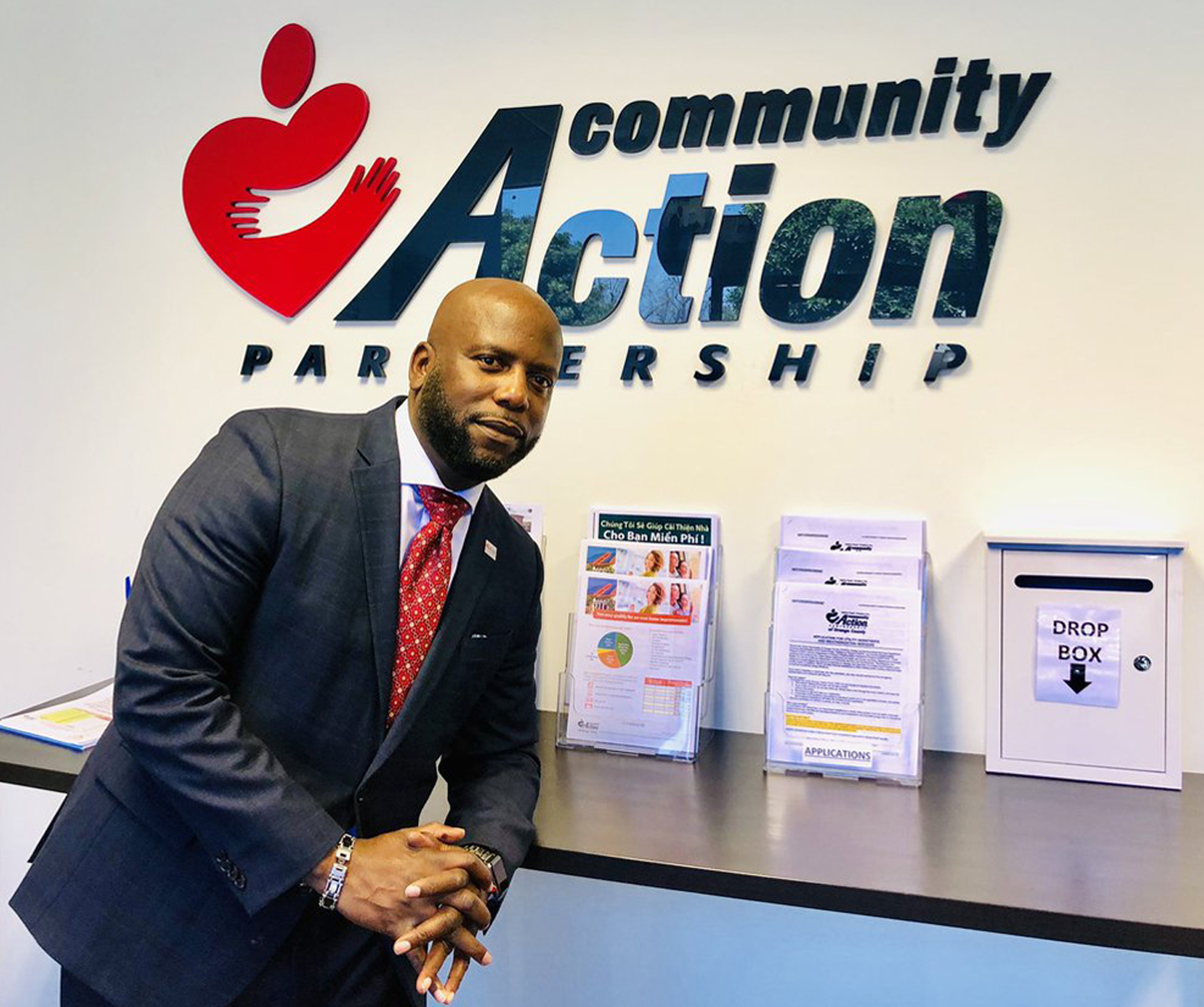 Orange County, CA — Not too many people are concerned with the poverty in America as well as the rest of the world if they are not a part of that statistic. But the well-educated and highly thought of, Gregory C. Scott has made it his duty to enhance the awareness of poverty and give people the resources they need to improve their lives.

A natural born leader, and a strong advocate for putting a stop to poverty, President and Chief Executive Officer Gregory C. Scott of the The Community Action Partnership / Orange County Food Bank brings 20 years of dominant leadership in economic and community development.

According to research, Orange County’s poverty rate has risen 13.5 percent in the last nine years.

Children suffer the most. A third of Orange County youths under 12 live in poverty – a higher proportion than in the surrounding counties of Los Angeles, Riverside, San Bernardino and San Diego.

Anaheim, home to Disneyland, the county’s largest employer, has the highest concentration of poverty-plagued neighborhoods, followed by La Habra, Santa Ana and Westminster.

The people of Orange County are oblivious to the poverty within their city simply because it is home to the most popular amusement park in the world; Disneyland. People from all across the globe come to Orange County just to see it, pulling their attention to the luxuries in the world instead of the have nots.

The Community Action Partnership of Orange County (CAPOC) was founded in 1964 by a board of supervisors as well as faith-based community leaders.

These individuals noticed the rise in poverty within Orange County in the 1960’s and the absence of support to deal with the stem of the causes.

The Community Services Block Grant (CSBG) provides funds to alleviate the causes and conditions of poverty in communities.

CSBG funding supports projects that lessen poverty in communities, address the needs of low-income individuals including the homeless, migrants and the elderly and provide services and activities addressing employment, education, better use of available income, housing, nutrition, emergency services and/or health.

With the support of CSBG funding, states and CAAs work together to achieve the following goals for low-income individuals: increased self-sufficiency, improved living conditions, ownership of and pride in their communities and strong family and support systems.

Previously, Scott was the president and chief executive officer of New Directions for Veterans, Weingart Center for the Homeless and The Scott Group, Inc., all located in the greater Los Angeles area.

His greatest project is The Scott Group. The Scott Group coaches global leaders and executives who are in a leadership position looking for new ways to improvise their leadership, management and overall business growth. Scott has been serving as the CEO of The Scott Group for four years and counting.

Alicia Berhow, Chairwoman of the Board of Directors for the CAPOC, believes Scott to be very passionate about terminating poverty as well as serving the community of Orange County.

Gregory C. Scott holds a Bachelor’s Degree from William Paterson University, a Master’s of Science degree in Community Economic Development from Southern New Hampshire University and was in the Executive Leadership Program at Stanford University School of Business in 2013.

Today, for more than 50 years, CAPOC mobilizes and directs resources to programs that assist, educate and promote self-sufficiency. They still have the same goal, the same purpose and same drive; to solve community problems and generate resources that help people change lives.