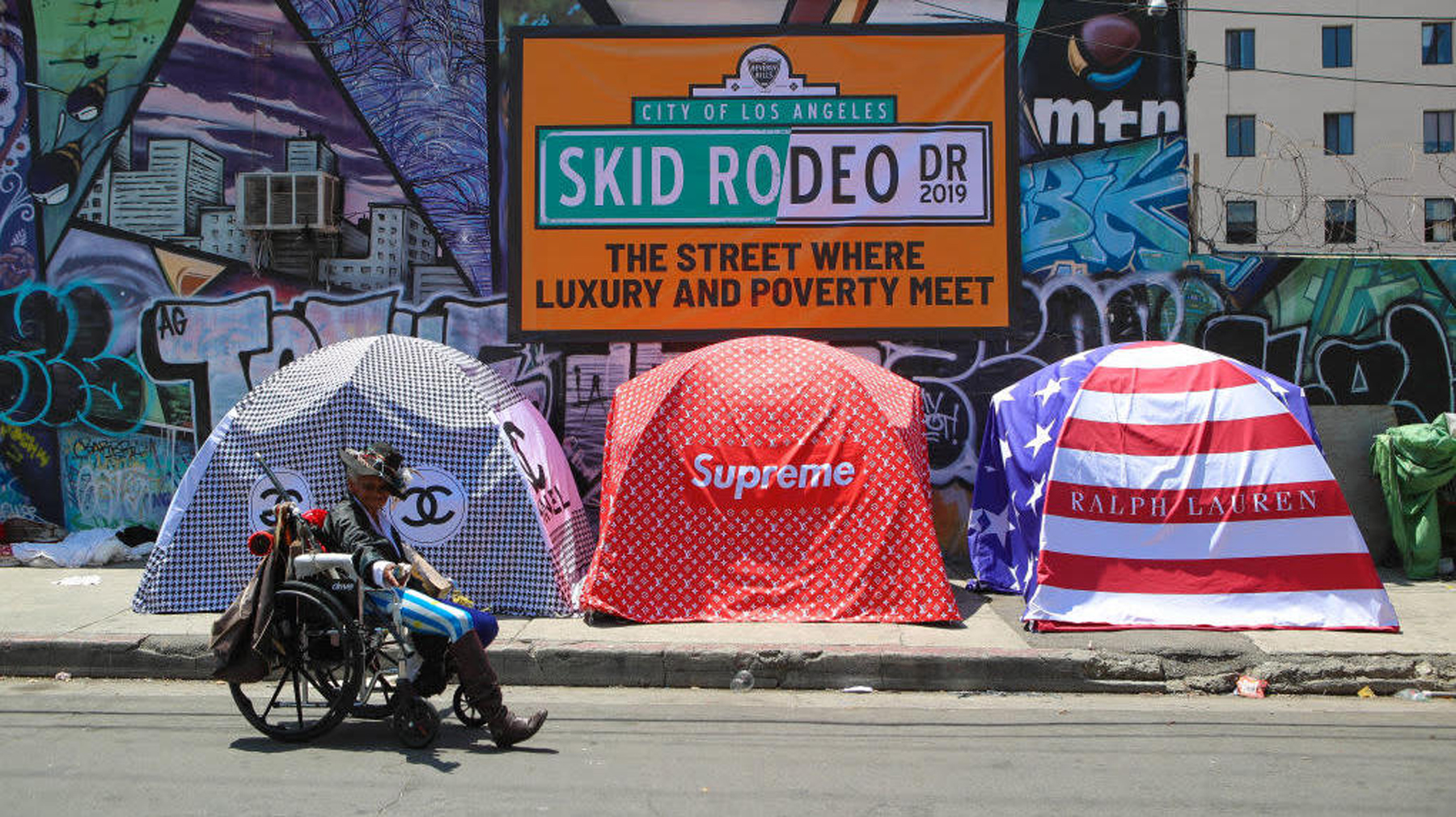 By: Dara Sharif, The Root

Among the homeless population, two-thirds live outside, some in whole tent communities filled with close-knit bands of men and women, according to the Los Angeles Times.

It’s a far cry from the thriving African-American suburban Los Angeles communities many of them grew up in beginning in the 1950s and ’60s, and policymakers are struggling to find working solutions.

In December, the Los Angeles Homeless Services Authority released a study blaming the disparity on generations of institutional and structural racism in housing and in the criminal justice, education and child welfare systems.

“The story of the debacle of the black middle class has been taken out of conversation and the onus is on the pathology of the individual,” said Suzette Shaw, a skid row activist and a member of an advisory committee for the report. “Workforce redlining, housing redlining have systemically displaced us.”

Duane Pierfax, 62, is among close to 50 people living together in tents under the Ronald Reagan Freeway in suburban Pacoima. The town is where he and many of his homeless neighbors grew up, in houses purchased by black people employed by automotive and other area factories, the Times explains. They later got factory jobs of their own and continued to live in their hometown.

“It was thriving, especially for African Americans,” Pierfax told the Times. “My sister bought a Camaro. Everybody bought GM products.”

But, as the Times reports, when the factories and jobs moved out, and drugs and crime moved in, along with historic economic disenfranchisement caused by policies like racial covenants that barred blacks from moving into certain areas, many lost their homes.

Mostly black communities of homeless people like Pacoima’s is, as the Times notes:

a stark illustration of the racial disparity among homeless people that Los Angeles and cities across California are just starting to recognize and address.

Many of the folks without homes are in line to be placed in housing, but the process is slow, and complaints about the encampments are on the rise, 150 last year alone, according to the Times.

The complexity of the problem has some housing advocates suggesting that Los Angeles set aside public space for homeless people to camp while waiting for permanent housing.

The Los Angeles Homeless Services Authority study also made dozens of recommendations, including, per the Times:

“If you fix this for black people, you fix it for everyone,” Jacqueline Waggoner, a commissioner with the homeless services authority, told the Times. “They’re the biggest group.”

But while the pace of governance moves at a snail’s pace, L.A. police and sanitation forces frequently force homeless encampments to keep moving on — to the next underpass or plot of land.