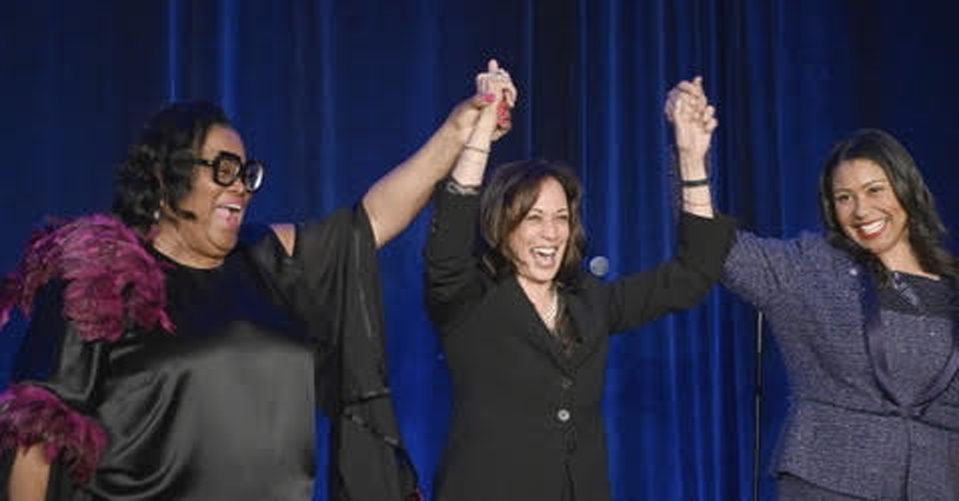 “Throughout the course of our history, there have been many moments in time where truth must be spoken. Truth that oftentimes make people uncomfortable, but truth that must be acknowledged so people can be seen and be heard,” said Sen. Kamala Harris (D-CA), who announced her bid to run for President of the United States in late January.

“Truth must be spoken from a voice that is trusted,” she continued. “And we know therefore the value, significance and need for the Black press in America.

Harris, who was born in Oakland and served as California Attorney General from 2011 to 2017, was speaking at the 75th anniversary of the San Francisco Sun-Reporter, the city’s oldest African-American newspaper.

More than 800 people, including San Francisco first African American woman mayor London Breed, attended the event. Several leaders and journalists from the state’s Black and ethnic media – including the Sun-Reporter’s current publisher, Amelia Ashley Ward – were also on hand to celebrate the legacy and contribution of the paper at the Hyatt Regency Hotel downtown San Francisco.

The Sun-Reporter was founded in 1944 at a time when Blacks migrated in large numbers to major cities in the north and west to escape Jim Crow laws in the south and seek better employment opportunities.

Many African-Americans came to San Francisco and other parts of the Bay Area during that time to work at World War II military shipyard.

Like many historically Black dailies and weeklies across California and the rest of the country, the Sun-Reporter became a social and political advocate for African Americans on issues like civil rights, discrimination, housing and education as well as a vital source of information at a time when there was little media coverage of Blacks in the mass media.

“The Sun-Reporter is an example of the significance of the Black press in America,” Harris said. “There are issues that are unique to the Black community, and until we have true diversity in the press, we must rely on papers like the Sun-Reporter.”

Carlton B. Goodlett, a physician and activist who once ran for Governor of California and served as editor of Howard University’s Hillltop newspaper, acquired his first publication, The Sun newspaper, through a poker game, according to the Sun-Reporter’s website. The publication, as we know it today, was born out of a merger between the Sun newspaper, which Goodlett owned, and another African-American publication, the Reporter, which was edited and published by his close friend, Thomas C. Fleming.

Goodlett served as publisher of the paper until shortly before his death in 1997. Since then, Ward, a former reporter and photojournalist who started her career as an intern at the Sun-Reporter, has run the publication guided by the wisdom and vision of its founder.

Harris says when she decided to run for San Francisco District Attorney in November 2002, no one believed in her candidacy except Ward.

“There were many, many – friends and those who were not friends – who said it cannot be done. Wait your turn. They are not ready for you,” said Harris. “But one voice spoke loudly and said, ‘I know it is your time, Kamala, and I will have your back.’ And that was Amelia Ashley-Ward.”

Harris also used the opportunity to talk about the climate of hatred and bigotry prevalent across the country right now and tell the audience that the majority of Americans have more in common with each other than the things that “separate us.”

She also shared policy specifics about some of the things she would prioritize if she is elected President of the United States next fall. They included mandating the Bureau of Alcohol Tobacco and Firearms to require dealers who sell more than five guns a year to do background checks and a $13,500 annual federal investment to increase each teacher’s salary.

To achieve those things, Harris said, Americans must have honest conversations about problems the country is facing.

“We must speak truth each and every day,” she said. “We must fight for the best that we can be.”