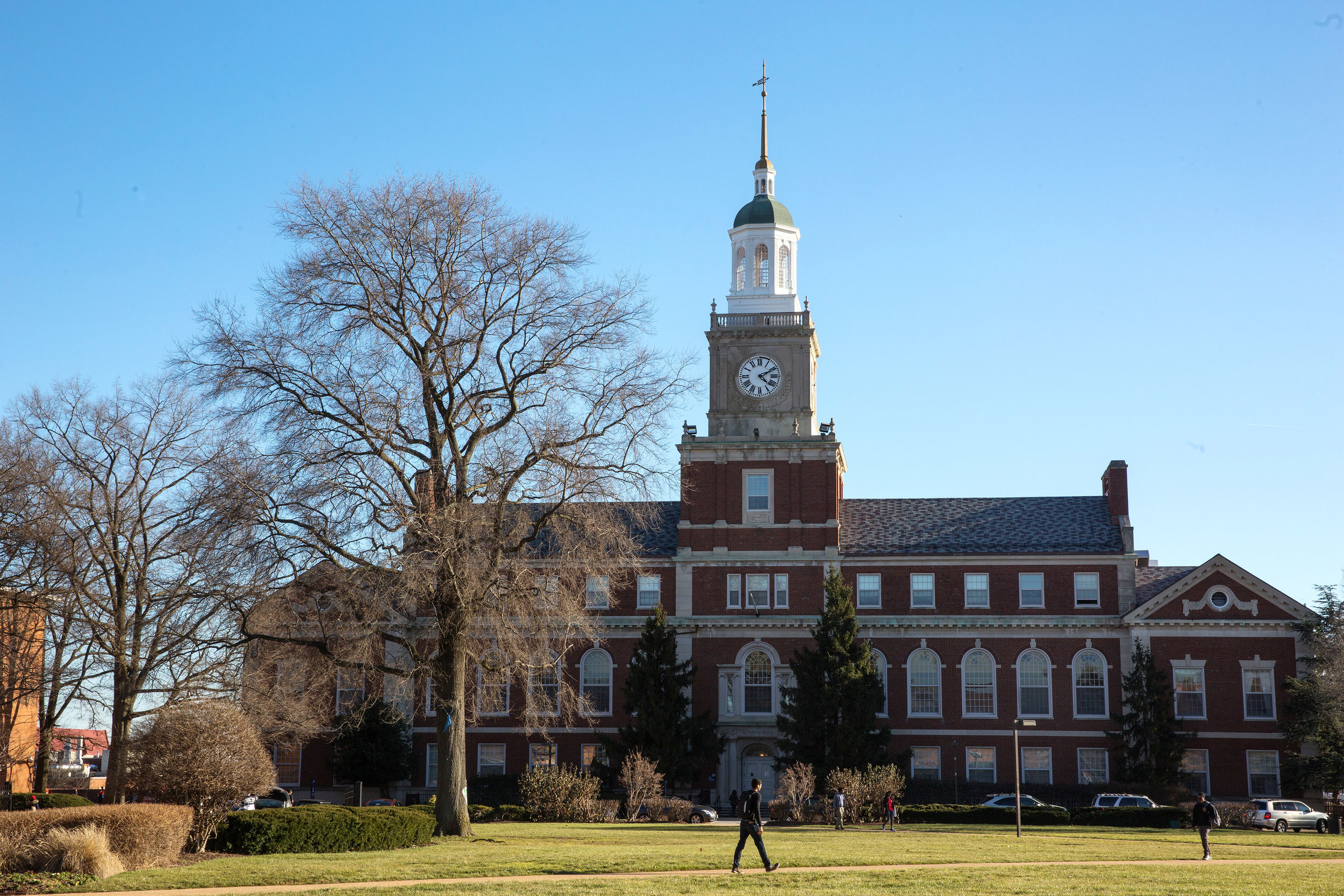 Washington, D.C. — The controversy is a proxy for conversations about race, gentrification and power dynamics

The president of Howard University has banned residents around the Washington, D.C., school from walking their dogs on campus. The move came after a two-week controversy in which students and alumni objected to residents around the urban campus using “The Yard,” the school’s hallowed central lawn, as a place for picnics, sunbathing and, especially, dog walking.

In an email sent to the “Howard University Family” on April 19, President Wayne A. I. Frederick wrote, “We appreciate pet owners respecting our campus by not bringing pets onto the private areas.”

The email also said: “Howard is a private institution nestled in the heart of an urban city and we’ve shared a long-standing positive relationship with our evolving community for more than 150 years, which we look forward to continuing in the future.”

The dog-walking issue became the center of a debate about race and gentrification, pitting students, who believed that neighbors allowing their dogs to urinate on The Yard was a sign of disrespect, against neighbors drawn by the open space and no rule prohibiting the practice. The students at the historically black school saw entitlement and a violation of tacit norms, including the one that goes: “Oh, hell, no, you didn’t just let your dog pee on the AKA tree.” Some residents didn’t see a sign, or the big deal.

The Shaw neighborhood around Howard (and much of the city) has grown steadily whiter and wealthier in recent years, stirring proxy conversations about race, gentrification and power dynamics. A similar controversy erupted several blocks away recently when a resident of an upscale apartment complex complained about loud go-go music, a staple of D.C. culture, spilling from a Metro PCS storefront. The music was briefly silenced, but after backlash and demonstrations, the CEO of T-Mobile, John Legere, tweeted that “… the music should NOT stop in D.C.!”

Calling Howard’s campus, a “sacred space,” Frederick cited Howard’s history of neighborhood events, including workshops, concerts and an annual parade. But he raised concerns about neighbors’ foot traffic possibly despoiling historic areas, including the grassy spaces where the annual commencement ceremony takes place. “Our Commencement Ceremony is the ultimate long walk that symbolizes a sacred tradition. … The Howard University community wants to see this area remain pristine and symbolic of all that Howard University represents.”

Frederick said he’d recently reached out to the local Advisory Neighborhood Commission and the councilwoman representing the area to try to engage them in dialogue including faculty and students.

As of now, dog walking at Howard is a definite no. What remains unclear is whether a new dialogue will be able to engage the more fundamental question undergirding stories like this all across the nation: Can we ever share space?

Lonnae O’Neal is a senior writer at The Undefeated. She’s an author, a former columnist, has a rack of kids and she writes bird by bird.

—By: Lonnae O’Neal, The Undefeated