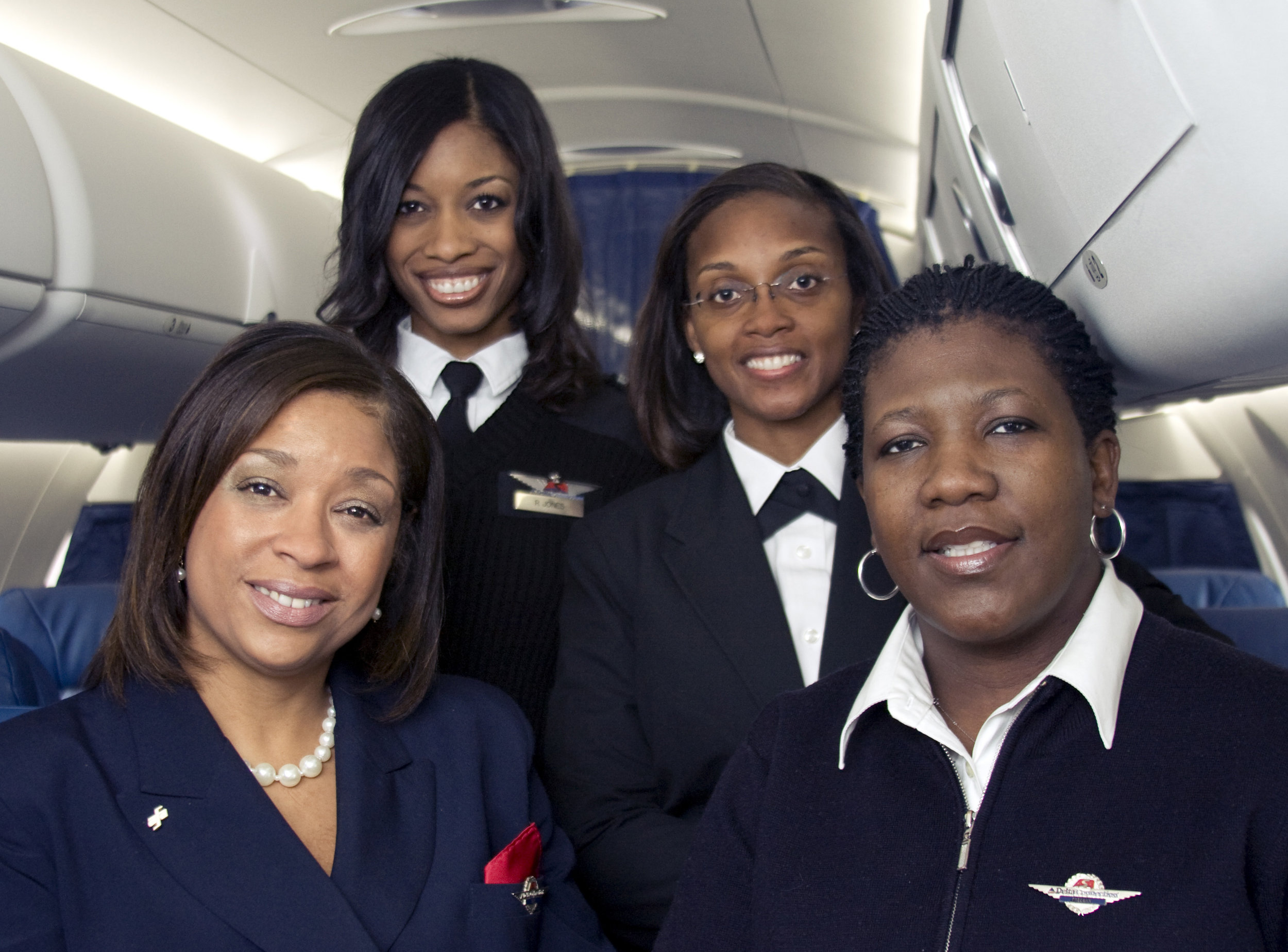 Atlanta, GA — ExpressJet Airlines this week commemorated the ten-year anniversary of its flight that made history as the nation’s first commercial revenue flight operated by an all-female, African-American crew.

The four women working together happened by chance after the original first officer assigned to the trip became ill and was replaced by First Officer Grant.

“I could not believe it at the time,” said Grant, describing how she felt as she stepped aboard the aircraft. “We knew the moment was special, but did not realize the full significance until weeks later when pictures from the flight began circulating on the internet.”

After careful research and confirmation through the Organization of Black Airline Pilots (OBAP), it was determined that the flights were indeed a first for U.S.-based carriers.

Today, First Officer Grant and Flight Attendant Rogers are still flying for ExpressJet. Captain Kerr is now a first officer at Delta Air Lines, and Flight Attendant Galloway has retired her wings. Although no longer coworkers, the four remain connected through the chance bond they formed ten years ago.

“I am proud of our place in history and even more proud to share it with some of the greatest women that I know,” said Grant.

At ExpressJet, they have a long history of connecting customers to the people and places that matter most. They’re dedicated to providing safe, reliable and caring service for every customer, on every flight.

They’re also passionate about launching aviation careers and are proud of their reputation for developing highly skilled and sought-after aviation professionals.

more than 100 airports across the United States, Canada and Mexico. The airline flies more than 3,300

weekly flights from bases in Chicago, Cleveland, Houston and Newark, using a fleet of more than 110

fleet in 2019. ExpressJet pilots enjoy top-tier pay and work rules as well as a direct path to a career at

ExpressJet is led by a team of experienced aviation professionals dedicated to their mission to lead the regional airline industry through innovation, expertise, and a commitment to exceeding the expectations of their customers and their business partners.