All Bets Are Off for Shutdown’s Impact On Super Bowl 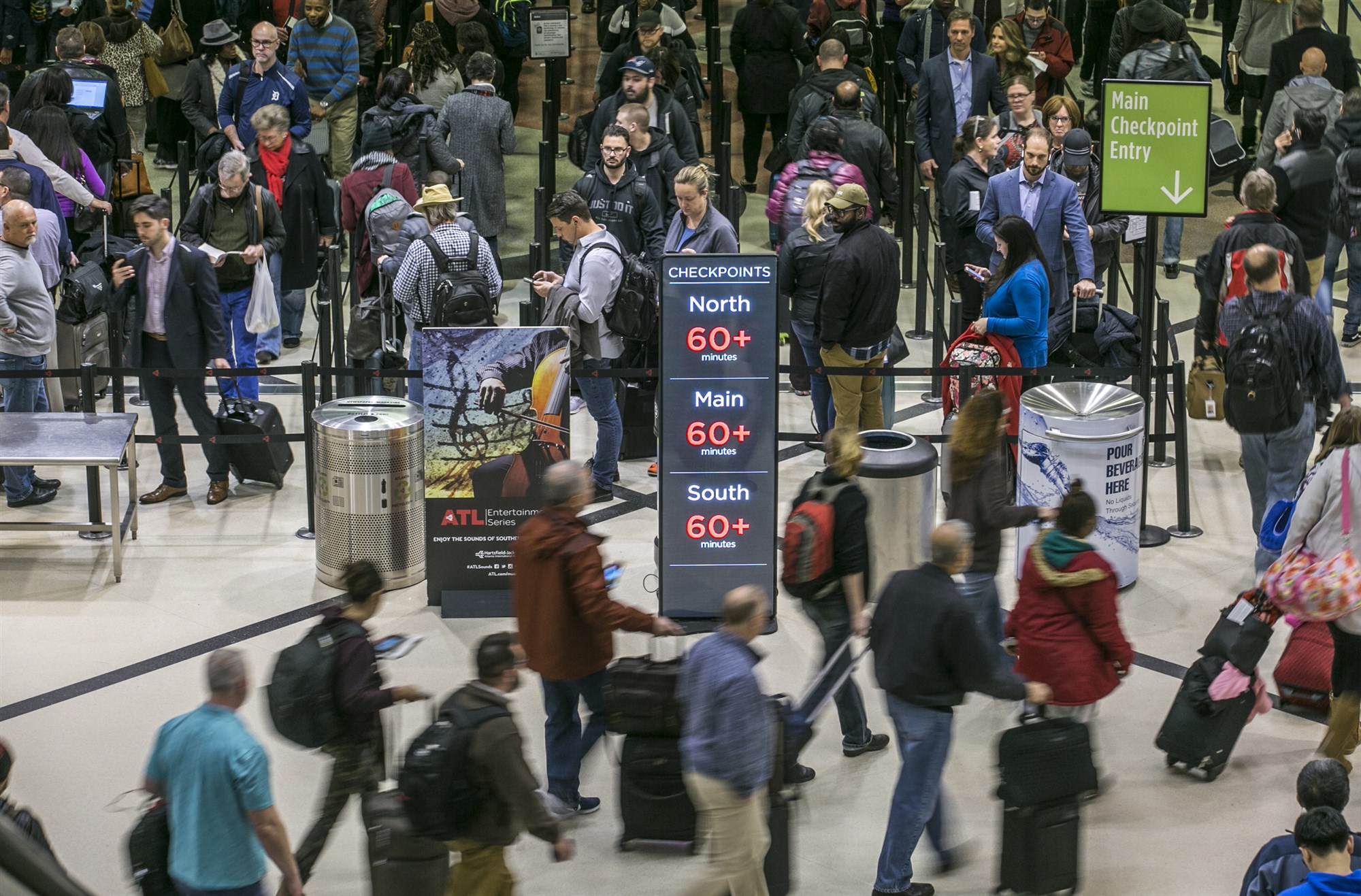 The nation’s most-watched sporting event takes place in less than three weeks — and officials are fearful about travel and security.

When it comes to Super Bowl LIII, air traffic controllers are flying blind.

The government shutdown has already resulted in canceled planning meetings for the Feb. 3 game in Atlanta, and if the federal budget impasse continues, airport screeners and flight controllers at the busiest airport in the world will be working on game day for no pay.

Dan McCabe, a National Air Traffic Controllers Association representative, told NBC News that his colleagues had been holding meetings over the past year to prepare for the surge in travelers to the area. But now the planning meetings, which included officials from his union, the Federal Aviation Administration and the National Football League, have been grounded.

“As soon as the shutdown happened, these meetings stopped happening,” McCabe said. As a result, controllers feel less prepared than they’d like for the anticipated 1,500 additional flights a day to the area during Super Bowl week.

“When we work on something as big as the Super Bowl — the biggest spectator event in the country — it takes us a lot of time to plan on extra airplanes and traffic,” McCabe said. “We’re going to keep the event safe, but we want it to be an enjoyable event for everybody. It’s frustrating that I know it won’t be as good as it could be.”

The impact of the shutdown has already been on display at Hartsfield-Jackson Atlanta International Airport. Travelers say they have been forced to wait on security lines for up to three hours because of a shortage of Transportation Security Administration agents, who’ve also been working without pay.

“Obviously, we are in uncharted territory with the shutdown that’s gone on this long, and we are preparing as best we can from our vantage point,” Mayor Keisha Lance Bottoms told reporters on Tuesday.

If the shutdown — now in an unprecedented 27th day — continues, the federal employees charged with overseeing security at the event will also be working without pay.

The Department of Homeland Security is heavily involved with keeping the event safe from terrorism and other threats, working with the NFL, FBI and local law enforcement agencies.

That includes personnel from the Secret Service, Customs and Border Protection, Immigration and Customs Enforcement, and the Federal Emergency Management Agency. All of those agencies have been hit by the shutdown — as has the FBI.

“I’m not sure how they’re going to deal with that,” said Tim Bradley, a security expert at IMG GlobalSecur. “How do they even pay for these agents to travel down there if they don’t have funding?”

DHS spokesman Tyler Houlton did not answer that question when asked by NBC, but said, “The current lapse in government funding will have no no effect on our commitment to assuring a safe and secure event.”

“The Department takes the security of high-risk events like the Super Bowl extremely seriously, and we continue executing our protection responsibility and supporting our local public safety partners for this event,” Houlton said.

Atlanta Police Chief Erika Shields told reporters earlier this week that her department has been planning for the game for two years.

“Our goal is for our officers to be visible, for the public to feel safe, be safe, and be able to position ourselves so that we can react immediately to whatever scenario we are confronted with,” Shields said. “I think that with anything you can go in with a spirit of confidence if you have prepared, and we have prepared well.”

But the shutdown came as a surprise and is taking a toll on the workers preparing for the event, McCabe said.

“Morale is as low as I’ve seen it in 13 years with the FAA,” he said. “It’s absolutely terrible. Everybody in that building looks like they lost their best friend,” he said. “It’s already a stressful enough job.”