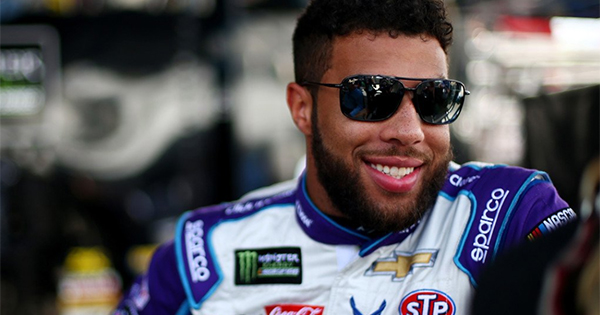 Daytona Beach, FL — Last Sunday, Darrell “Bubba” Wallace Jr. hit the tracks in Daytona as the ‘first black driver’ since 1969. But that is just one of the many records he set in history that day. October last year, Wallace was announced to be a full-time driver for Petty in 2018, and it made him the first full-time African-American driver at the sport’s top level since Wendell Scott in 1971. And when he raced last Sunday, he also became the ‘first black driver’ in the Daytona 500 since 1969.

In his tweet last November, he’s proud of it. He said, “There is only 1 driver from an African American background at the top level of our sport. I am the 1. You’re not gonna stop hearing about ‘the black driver’ for years. Embrace it, accept it and enjoy the journey.”

The 24-year-old from Mobile, Alabama, fearlessly drove the legendary No. 43 Chevrolet for Richard Petty Motorsports that “The King” Petty himself drove to seven wins in the Daytona 500.

And with a breathtaking last moment, he finished second to Austin Dillon and with a .002 edge over third placer, Denny Hamlin. He marked the highest ever finish by a rookie full-timer in the race. It was also the best finish by an African-American driver in race history, breaking Scott’s 13th place finish in 1966.

After his record-breaking finish, his mother embraced him for long and said, “I’m so proud of you, baby.”

Wallace, still stunned and ecstatic, said in the press conference, “I just try so hard to be successful at everything I do. And my family pushes me each and every day, and they might not even know it. But I just want to make them proud.”