Home > Uncategorized > Bishop Noel Jones & The City of Refuge Sanctuary Choir to Release 1st Album in Years, Run to the Altar, On 7/20

Bishop Noel Jones & The City of Refuge Sanctuary Choir to Release 1st Album in Years, Run to the Altar, On 7/20 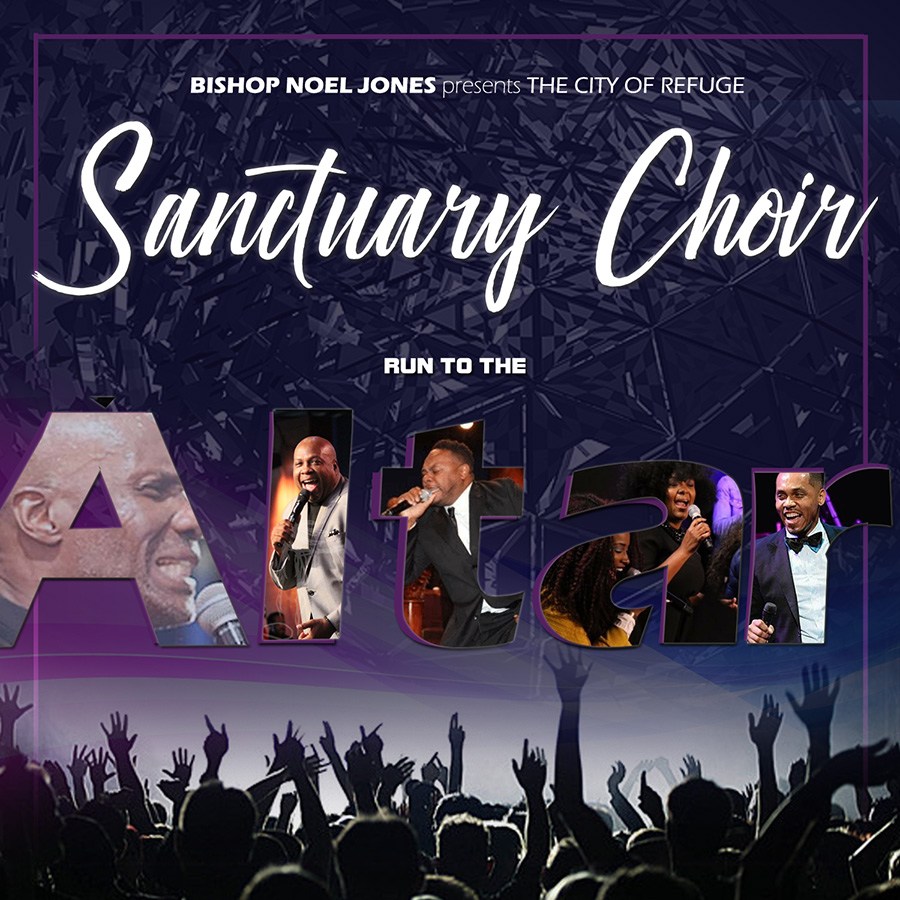 Los Angeles, CA — Los Angeles doesn’t have a 24-hour gospel radio station, but it does have a lot of good gospel singers and some of the best of them are members of the City of Refuge church’s Sanctuary Choir.  “Whether you sing it, whether you preach it, whether you live it, the gospel must be spread,” says their pastor, Bishop Noel Jones, on the opening track of the dynamic group’s sophomore live recording, Run to the Altar (JH Music Group/Tyscot: SRP $11.99.

The first song is the pulsating, 1960s R&B styled shimmy, “Praise is Power,” which features the solo lead of Jason McGee who led the choir’s breakthrough Billboard Top Ten smash, “Not About Us.” However, the album is mostly a mix of original Pentecostal-flavored songs such as “Flow,” “No Way” and “Holy

Ghost” alongside contemporary praise and worship proclamations such as “Wait on Him,” “Rain” and “Give You Praise.” The bass-heavy funk number “Rain” is led by PreZ Blackmon’s smooth tenor. The title-tune, “Run to the Altar,” is a big anthemic ballad featuring the velvety croon of Tammi Haddon. “It’s one of my favorite songs right now,” says Justin Francis of SOAR Radio who has the song in heavy rotation on his popular BDS-monitored internet radio station.

Bishop Noel Jones is the senior pastor of The City of Refuge church in Gardena, CA. which boasts a congregation of 20,000 members. His eloquent, insightful oratory skills have earned him a spot as a top draw on the speaker’s circuit. In 2007, The City of Refuge Sanctuary Choir released its debut album, Welcome to the City, under supervision of seasoned producer/composer, Gerald Haddon, who has written or produced for artists such as Isaac Carree, Tamar Braxton and Erica Campbell. The album spent one week at No. 1 on Billboard’s Top Gospel Albums sales chart in July 2007 and remained on the survey for 35 weeks. The song “Not About Us” peaked at No. 8, sold over 100K downloads and rested on the on the Billboard Gospel Airplay chart for 55 weeks.