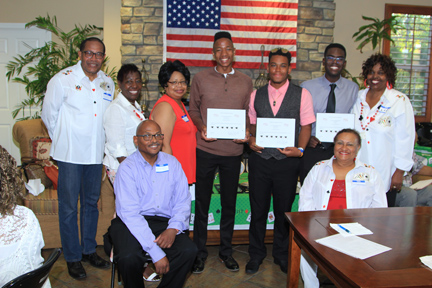 San Gabriel Valley, CA — The San Gabriel Valley Bid Whist Club held its 24th Annual Scholarship Dinner and tournament on Saturday, June 2 in Walnut California. The club was founded in January 1994 by Richard and Wilma Nichols.  The purpose of the club is to get people who enjoy the card game of bid whist together and to support and encourage the youth in the community.