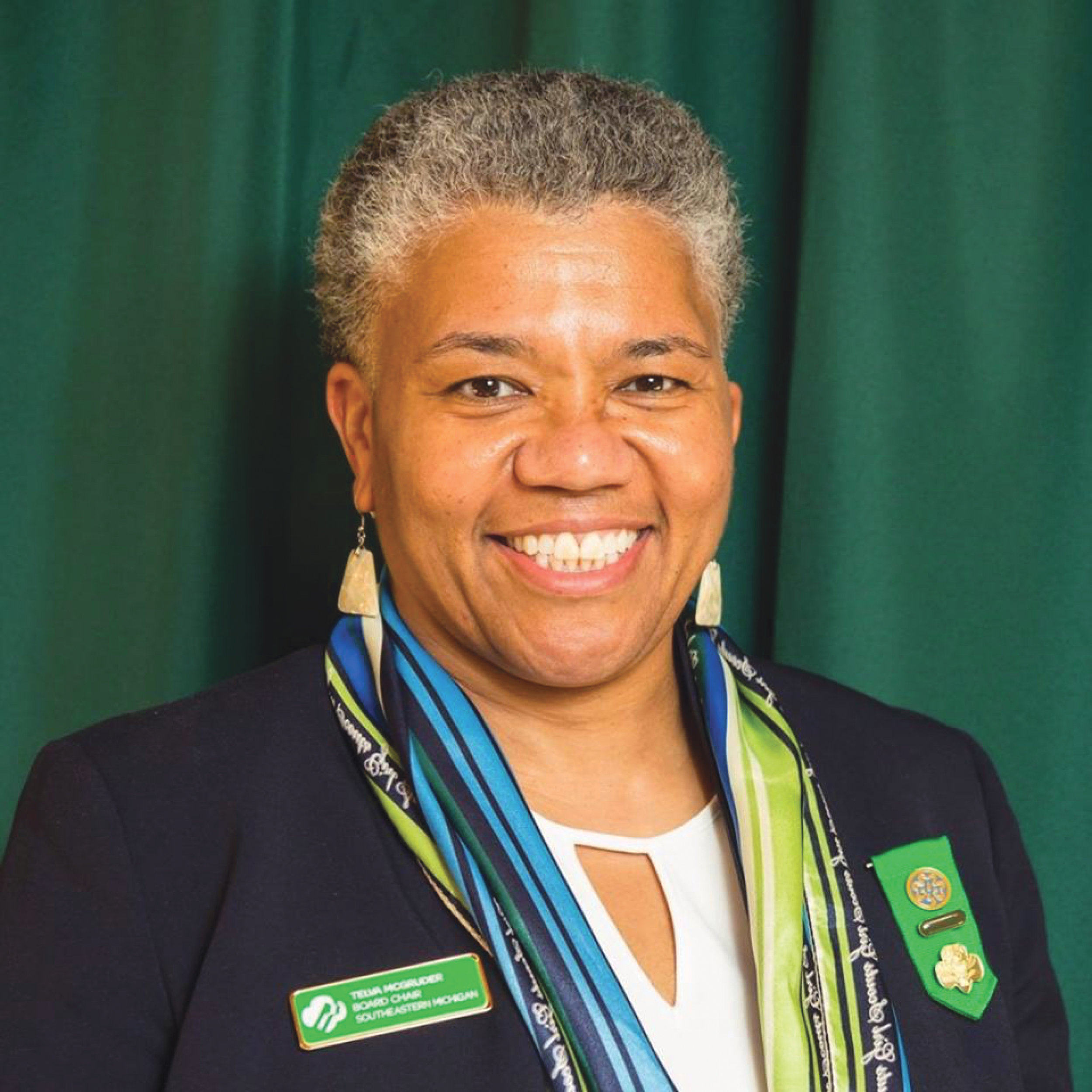 SACRAMENTO, Calif. — While residing in the Easter Hill Village public-housing project in Richmond, Calif., during her younger days, Cynthia Marshall’s mother put two books in her hands — a publication of mathematics and the Bible to guide her through her life’s journey to success.

For a young person living less than 18 miles east of San Francisco, those two books became the important focal point of Marshall’s life and career in telecommunications. They lifted her out of despair and a constant element of crime.

Now that she is the Chief Executive Officer of the NBA’s Dallas Mavericks, the professional sports team is discovering how the books still play an integral role in the task she has acquired. Marshall is an effective problem solver and has a strong Christian faith.

“She put those two books in my hands at an early age and said, ‘If you keep your head in these books they will get you out of poverty,’” Marshall said of the advice given by her mother. “That’s what I did. When people ask me what is the secret to your success, I tell them it’s those two books. I kept my head and eyes in both of them because that is what I was told to do.”

Today, Marshall, who retired from AT&T as its senior vice president of Human Resources and chief Diversity Officer, is not only the first Black female CEO of an NBA franchise, she is the first woman ever to hold the position.

At a time when the “Me Too” movement has rapidly picked up the pace, Marshall was specifically brought in to address and subdue an alleged culture of sexual violations against women within the Mavericks’ organization.

The Mavericks’ owner, Mark Cuban, announced that there would be in-house investigations, and then introduced Marshall as the interim CEO who would lead the independent review as well as provide solutions to ensure women work in a respectful environment. “The CEO interim tag has since been removed,” Marshall said.

Cuban’s decision to introduce Marshall into the corporate world of sports also brings hope to other African Americans and women who would like to follow her path.

“I think for our community it means that we have opportunities, it means somebody like Mark Cuban saw the value and didn’t care if I was a man, woman, Black, White, or Asian. He didn’t care,” Marshall said. “He wanted somebody equipped to do a job and it just so happens he called upon a Black woman to do it. He made the call. It says a lot about our society. Hopefully, we’ll have more people like him that will follow suit and get beyond gender and race.”

Thanks to her mother providing her a math book and Bible, Marshall’s climb to leadership roles has been one of determination. She earned every position she attained since graduating from the University of California, Berkeley, where she was the first Black cheerleader on the campus and earned degrees in Business Administration and Human Resources Management.

Marshall started at AT&T in 1981, holding positions in operations, human resources, networking, engineering, planning, and regulatory and external affairs. She was named senior vice president of Human Resources in 2012, and then was appointed Chief Diversity Officer as a dual role in 2015. Black Enterprise listed Marshall as one of the Top 50 Most Powerful Women in corporate America the same year. She retired from AT&T in 2017 to start her own consulting firm.

Marshall was honored on the California Senate and Assembly floors at the State Capitol on April 19, 2018 in Sacramento, a place where she spent time advocating “good public policy” for AT&T, she said.

Loretta Walker, who worked alongside Marshall at AT&T before retiring as vice president of Employment Engagement Communication, said the Mavericks’ hiring of Marshall “makes sense.”

“From the standpoint of looking at an established institution in AT&T that has gotten a lot of recognition for diversity, they (the Mavericks) have gained a lot by allowing her to bring in her expertise,” Walker said. “I know I’ve been blessed. I know I’ve never experienced anything like (sexual harassment) in my lifetime working for a company like At&T.”

Cynthia Marshall extended the interview with California Black Media to touch on her duties and vision as an executive for the Dallas Mavericks.

CBM: “After you took the CEO position for the Mavericks, you said that the ‘system failed’ under the previous leadership. What parameters have you put in place and have you made any progress?”

Marshall: “Yes, we have made progress. We put together a 100-day plan and we had to start with telling people that we are about zero tolerance. We put together a ‘respect-in-the-workplace’ training, harassment training, updated our code of conduct, and I started sitting down with the employees one by one. One of the first things that I did was roll out a set of values and hashtags. The hashtags are #RespectAtWork and #PerfectOurCRAFTS. The C.R.A.F.T.S. are our values — character, respect, authenticity, fairness, teamwork, and safety. When I say safety, it’s physical and emotional safety.”

“Those are the things we are trying to model in the workplace. And of course, we’re rolling out new policies, and we have brought in a new senior vice president of human resources, who is also a Black woman. We added a new position, a compliance officer, who can focus on investigations, misconducts, and setting the right tone.”

“Our leadership team has gone from no women to at least five women and three people of color. We’re making progress and that matters only because diversity matters. All the research says you make better decisions when you have a diverse group at the table.”

CBM: “You said that you first declined the offer to work for the Mavericks. But then changed your mind after talking to a couple people within the organization. What changed?”

Marshall: “First of all, they were asking ‘are you the new woman who is our new boss and Mark Cuban’s new boss?’ I was like wow, for him to tell people that he’s already excited about me coming in. The smart man that he is, obviously, he already did his homework and felt that I could help with this issue. Then they told me that this was not a workplace that’s really inclusive of women the way it should be. We were addressing everything, including pay disparities, which I am happy that we don’t have a big gender disparity around pay. Some things were done right, but clearly, some things were not done right. So we’re changing that culture. Those women said, ‘We need you. We absolutely need you. This place needs to focus more on women.’ We’re doing that.”

CBM: “Do you know that what you are doing could be a blueprint for the NBA, the entire league itself? How do you feel about that?”

Marshall: “Exactly. When NBA Commissioner Adam Silver called me to welcome me to the NBA, and he was so welcoming, to have him call me and send me a huge message that the whole league is watching and dedicated to getting this right, yes, hopefully, we can lay out a blueprint. So, if any other organization has an issue we can lay out the template on how to address it.”

CBM: “This is a great opportunity for you. Do you know what this could do for your career and others who want to follow your path from where you started to where you are now?”

Marshall: “You know, I worked for AT&T for 36 years. So now I am committed to this. But my ultimate dream is to lead a small college. Whether it be a rural college, Christian college or historic Black college. I want to lead an institution that needs a lot of help, where I can call upon all my friends to help for free, and that we can give those students a good education for free. That’s my vision. Those are the kind of calls that I want to get.”