Home > Business > Will 2020 Initiatives Have A Lasting Positive Impact on Black Business?

Will 2020 Initiatives Have A Lasting Positive Impact on Black Business? 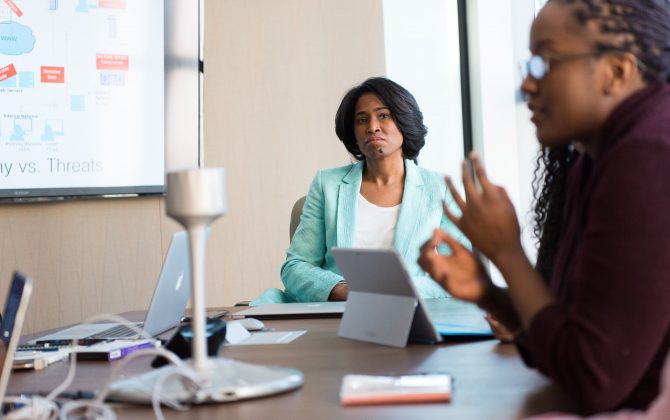 In a year replete with history-making occurrences, one of the most significant developments of 2020 was the way the coronavirus pandemic highlighted structural barriers in the United States that have created profound racial disparities.

The pandemic, along with a white police officer’s killing of George Floyd, an African-American, in Minneapolis, Minn., and the ensuing nationwide and global protests, forced many of the nation’s most hallowed institutions to examine their own practices.

“Systemic racism is a tragic part of America’s history,” said Jamie Dimon, chairman and CEO of JPMorgan Chase & Co., the country’s largest bank by assets. “We can do more and do better to break down systems that have propagated racism and widespread economic inequality, especially for Black and Latinx people.”

Dimon spoke in October as his bank announced new commitments to advance racial equity. His remarks acknowledged that Black businesses were disadvantaged long before the 2020 protests began. The pandemic exacerbated this condition, leaving Black businesses among the hardest hit in its wake.

Studies show that the average Black business carried a mere two weeks worth of reserve cash to cover pandemic-related losses. Yet, few Black businesses received loans under the federal government’s Paycheck Protection Program (PPP) that covered eight weeks of payroll and other business-related costs as the pandemic swept through the country.

An online survey of 500 Black and Latinx businesses by Color of Change and Unidos USA found that only 12 percent of businesses received the PPP loans for which they applied. According to the Center for Responsible Lending, big banks that offered PPP loans prioritized their biggest clients, which tended to be white-owned businesses.

In addition to JPMorgan Chase, global financial houses like Bank of America, Citigroup and Wells Fargo either expanded existing programs or introduced new initiatives to bridge the wealth gap that has left Black communities and businesses lagging well behind their white counterparts.

JP Morgan Chase has committed to an additional $30 billion over the next five years to provide economic opportunity to underserved communities, especially the Black and Latinx communities.

Bank of America announced it is making a $1 billion, four-year commitment of additional support to help people and communities of color address economic and racial inequality accelerated by the global pandemic.

Wells Fargo is giving $400 million to non-profits that serve Black and Minority-Owned businesses. This is in addition to donating all processing fees from the PPP, which amounted to roughly $10 billion. It will direct $28 million to Community Development Financial Institutions that support Black and African American-owned small businesses.

“It sounds like a lot of money in the aggregate, but there’s been a trend in America over the last thirty or forty years for businesses to get bigger, making it harder, even for white small business, to remain competitive,” Wallace Ford, J.D., associate professor of public administration at Medgar Evers College – City University of New York and owner of Fordworks Associates Inc., told TNJ.

He acknowledges that, given the urgency of the moment, corporations acted in good faith in their support of Black businesses. More important, however, is the sustainability of their collective action in the long term, he says.

“It’s certainly a step in the right direction,” he observed. “Whether it’s adequate really will come from the implementation, oversight, and assessment on a regular basis.”

James “Jim” Nicholas, president of finance, trade and business development firm Nickle Associates and a professor at the University of Bridgeport in Connecticut, helps small and minority enterprises to access capital. He contends that the larger firms typically are not ideal vehicles for MBE funding or development.

“What we found even when you look at PPP, small boutique firms, if you will, were more successful in giving PPP loans than working through Wells Fargo or Bank of America, for example,” he said in an interview with TNJ. “[The larger banks] were not interested in working with people they did not already know.”

Like Ford, Nicholas wondered aloud about the implementation of the big banks’ new support initiatives for entrepreneurs and communities of color.

“All of these are positive for banks. The philosophy is very good, but there has to be an oversight from the banks and it has to be strictly top-down,” he said. “You have to have the board of directors and administration put in seasoned people who can work in these particular areas to make sure that the program is meeting its objectives.”

He further explained that the objectives must be clearly spelled out and progress assessed via quarterly meetings with organizations that represent the minority businesses.

“Are the people running it responding to the board of directors or CEO? Are they direct reports to the CEO?  Does the CEO say, ‘I want a report on this once a month?’  Because that’s when you know they’re serious. If [those who run the programs are] reporting to the assistant vice president of diversity and inclusion, not so much.”