Home > Lifestyle > Who’s Really Paying for That $10 Uber Ride? Surprise: It is Your Driver

Who’s Really Paying for That $10 Uber Ride? Surprise: It is Your Driver 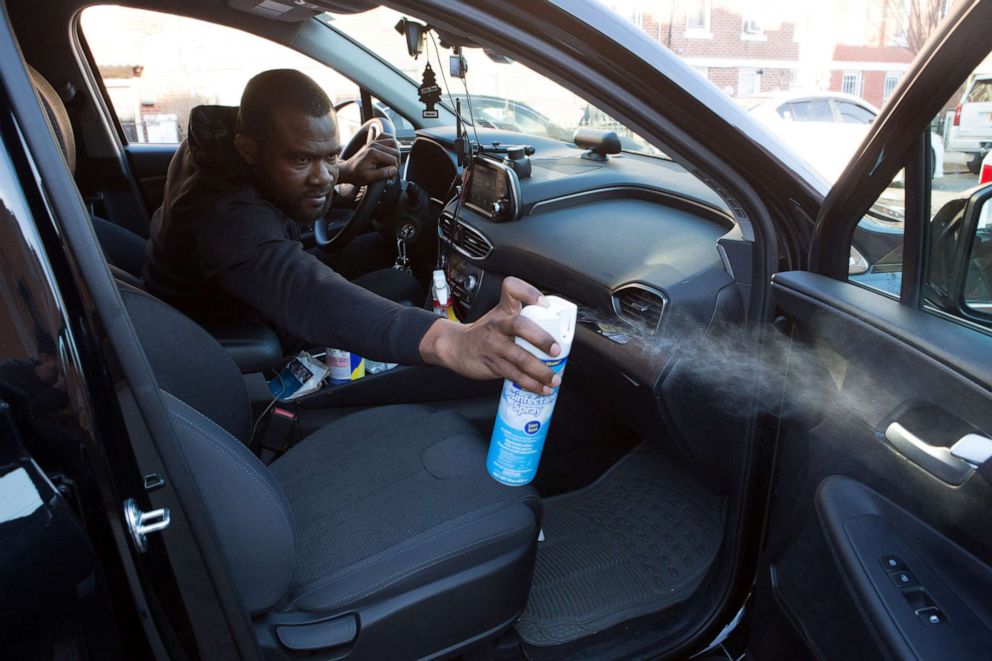 Gig economy workers, who now comprise more than one-third of the U.S. labor force, lost an estimated 75 percent of their income in the initial months of the COVID-19 pandemic.

Gig economy workers comprise app-based drivers for ride-share and food delivery services, such as Uber, Lyft, Doordash, Instacart, and Postmates. They can also work through online platforms, such as TaskRabbit, Fiverr, and AirBnB. Housecleaners, gardeners, temp workers, and independent contractors are also categorized as gig workers. As the pandemic hit, demand for such services exponentially dropped, leaving workers with no money and no financial safety nets such as unemployment or savings.

This emerging labor force is overwhelmingly made up of people of color and newer immigrants, who are largely underpaid, often below minimum wage. The Bureau of Labor Statistics noted in 2017 that 55 million people worked in the gig economy; that number is expected to grow to 43 percent of the U.S. labor pool.

Veena Dubal, a professor of law at the University of California Hastings School of Law, characterized app-based driving as “one of the most dangerous jobs in America,” at an Oct. 2 briefing organized by Ethnic Media Services. She noted that drivers are grossly underpaid, have no health insurance, no sick or paid family leave, and no unemployment insurance.

Drivers work more than 40 hours a week, and net about $10.17 an hour, according to data from the Economic Policy Institute.

“This is a highly exploitative model that really lowers labor costs for companies and cuts the ability of workers to make a living,” said Dubal.

“Right now, quite frankly, is not a good time to be a gig worker,” said Alexandrea Ravenelle, author of “Hustle and Gig,” at the briefing.

“Gig workers are in jobs that carry a high risk of exposure to COVID because they are often working in close proximity with strangers, whether they are driving strangers in their personal cars or being asked to go into a stranger’s private home to do organizing or cleaning work,” said Ravenelle, a professor in Sociology at the University of North Carolina, Chapel Hill, who is currently studying the impact of COVID-19 on gig workers in New York.

Many gig workers who were eligible for unemployment chose not to take the benefit, fearing for their immigration status, said Ravenelle. Moreover, as unemployment levels hit historic highs during the initial onslaught of the pandemic, many former employees turned to the gig economy to make rent and feed their families as unemployment benefits were delayed. This created more competition for existing gig workers, she said.

The sociologist said that gig workers are increasingly vulnerable to scammers amid the pandemic, who use bait-and-switch techniques to lure people in, sometimes into sex work. “So, it’s very much a scary Wild West out there for workers who are unemployed or underemployed during this pandemic,” said Ravenelle.

She also predicted that the U.S. labor force would increasingly move towards the gig model, leaving workers without the health and financial protections of past generations.

California voters will get a chance to weigh in on the gig economy this November, with Proposition 22, a ballot measure which seeks to keep app-based drivers classified as independent contractors, and not employees.

Last year, the California state Legislature passed AB5, a measure reclassifying almost all gig economy workers as employees who were eligible for at least minimum wage and health benefits. Last month, California Gov. Gavin Newsom signed AB 2257 which stipulated that some independent contractors, including musicians and journalists, were exempt from AB5.

Uber and Lyft fought back against AB5, continuing to classify their drivers as independent contractors, in violation of the new law.

In August, California Superior Court Judge Ethan Schulman ruled against the companies, citing them in violation of AB 5. He also ruled that drivers in California were owed billions of dollars in back wages, because they had been making less than minimum wage and were often losing money during the pandemic while demand was so low.

Uber, Lyft, Doordash, Instacart, and Postmates have collectively spent more than $184 million on the Yes on 22 campaign, the most expensive ballot campaign in the state’s history. Almost 900,000 app-based drivers work California’s roads.

“Prop. 22 is the most dangerous labor law that I’ve seen in in my lifetime, said Dubal of UC Hastings, who is an ardent opponent of the ballot initiative. App-based driving companies are currently unregulated, and huge lobbying efforts have allowed them to be free of enforcement of labor laws, she said.

Prop. 22 is also dangerous for consumers, said Dubal, since it limits the liability of companies. If a passenger gets into an accident while in a Lyft or Uber car, the company is not liable for medical expenses and the like. The liability falls to the driver, from whom it may be impossible to extract damages, she said, adding that this dis-incentivizes companies from making sure their drivers are safe to drive when they get on the road, creating hazardous environments for both drivers and passengers.

If the measure passes, Dubal predicted other companies would use the model as a means to exploit labor.

“We are considered free human capital,” stated Roberto Moreno, who has been driving for both Uber and Lyft since 2017. Drivers spend 60 to 80 hours a week on the roads, but 15 to 20 hours of that time is unpaid as they wait for rides. Moreover, the company will charge a customer, for example, a $55 fare, but pay the driver his cut of only a $40 fare, he alleged.