Home > Education > “We recognize that many students have experienced the trauma of the pandemic”: Superintendent Tony Thurmond

“We recognize that many students have experienced the trauma of the pandemic”: Superintendent Tony Thurmond 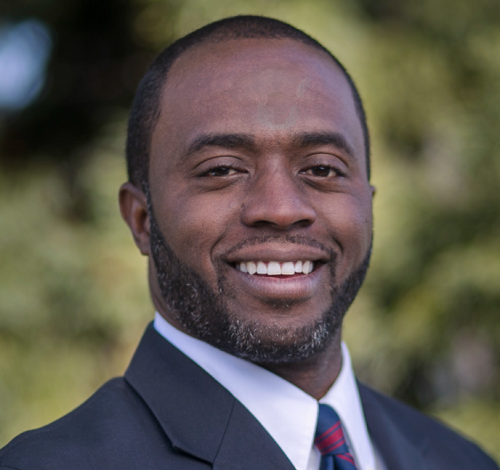 The California Superintendent of Public Instruction said that in tandem with a mask mandate, massive rapid tests, and improved ventilation systems, schools in the state will implement more mental health services after the reopening.

More than 450,000 students from the Los Angeles Unified School District (LAUSD) returned to school this week, amid fears from parents and teachers about the inability to vaccinate children under 12 and the spread of the COVID Delta variant.

During a briefing hosted by Ethnic Media Services and California Black Media, California State Superintendent of Public Instruction Tony Thurmond asserted that the district has implemented all “safety and COVID mitigation measures” to resume in-person instruction.

“The state allows independent study for those who have a medical need or need an alternative to in-person instruction. But we have learned that our students have suffered from a lack of educators and peers, while mental health needs have increased and our learning gaps have been exacerbated,” said Thurmond, speaking from the campus of the Girls’ Academic Leadership Academy (Gala).

Students of color and low-income students have been the most affected by the pandemic not only in terms of loss of human life within their families and the trauma that this entails, but also because of their difficulties in accessing virtual education. One million students in the district still lack access to high-speed internet. Thurmond said California is creating “infrastructure for more broadband” in rural and border communities.

“We recognize that many students have experienced the trauma of the pandemic,” Thurmond said. “There is more than $4 billion available for mental health services for youth up to age 25, more than $3 billion for community schools to have comprehensive mental health support, and support for families with universal meals.”

The superintendent acknowledged that “our families are skeptical and scared,” but he invited them to “translate that fear into action” by vaccinating their children and relatives older than 12. He said that last week the district contacted 500,000 California households to spread a message in several languages: vaccines are available and free for everyone regardless of immigration status or health insurance. They have even awarded $100 gift cards to some of those vaccinated. “While (vaccines) are new to most of us, they are not new to scientists,” Thurmond reiterated.

Messengers such as California General Surgeon and pediatrician Nadine Burke Harris, labor rights leader Dolores Huerta, activist Karen Korematsu, daughter of Fred T. Korematsu, who was detained at a Japanese internment camp, and former professional basketball player Kareem Abdul-Jabbar, have been talking about the importance of people across all racial

groups and backgrounds getting a vaccine. They’ve also been reminded that the ability to take time off from work to get vaccinated and recover from the shot is guaranteed by California state law.

Not only does the district require mandatory masking for all students and staff on school campuses, but with the support of Governor Gavin Newsom, Thurmond’s office has facilitated more than 100,000 rapid COVID tests for LAUSD and five million in total for all California schools. These tests give results in 15 minutes, allowing to safely and immediately quarantine those positive. Other traditional measures such as the use of hand sanitizers and a

3-feet distance between students in classrooms, are also encouraged.

“We’ve given money to our schools to support outdoor classrooms, air purification and air filtration systems, improving ventilation, and access to PPE (personal protective equipment).” Thurmond mentioned that his office is working with schools affected by fires and natural disasters to support families in the area.

Due to fears that some students have of going back to school because of the hate crimes that have occurred since the beginning of the pandemic, especially in the Asian American community, Thurmond launched an initiative called “education to end hate” that provides implicit bias training to educators.

“During the pandemic we created a new guide for how school districts can create their own ethnic studies curriculum, so students of color can learn about the contributions of their ancestors to make this a great state,” said the superintendent.

“Acknowledging that our system hasn’t done enough for all students, this is our moment to build it better, to ensure equity at the center… We have the way to begin the work that we need to close those learning gaps that we were dealing with historically, and the ones that have been exacerbated by the pandemic,” he concluded.