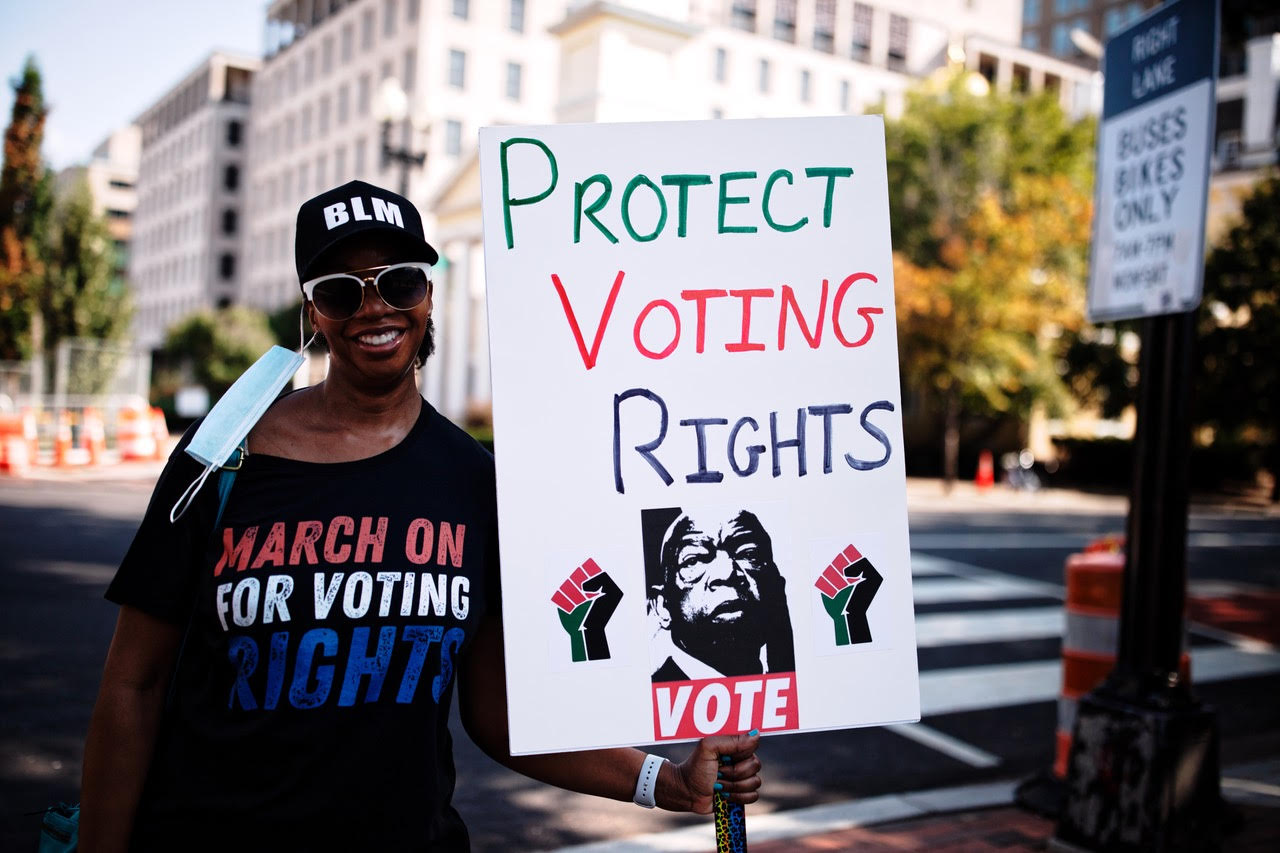 Voting rights was the central theme at a virtual breakfast the California Legislative Black Caucus (CLBC) held Jan. 12 to celebrate the sacrifices and impact of Martin Luther King Jr. on American life and politics.

“It is not enough to evoke Dr. King’s name on his birthday, post on social media and then take the day off,” said Sen. Steve Bradford (D-Inglewood), CLBC chair, reminding the audience of King’s activism and how his efforts led to the passage of the Voting Rights Act of 1965.

Bradford said there are forces still attacking the rights of some Americans to vote, and more work needs to be done to make sure the voices of all Americans are heard and that all voters have access to the ballot box.

“His birthday should be about a day on, a day of activity in our community, of activism and continuing to push for real change in this country,” he continued.

California Secretary of State Shirley Weber, who is a former chair of the CLBC, said “the crisis of democracy is center stage, we are still fighting for our fundamental rights.”

“In 1965, we secured [the vote] and now we find ourselves debating the same issue over again and with great concern about the fact that we are faced with the rolling back of what we had thought was just old stuff that people would never go back to,” said Weber.

A day before the CLBC breakfast, President Biden and Vice President Harris visited Atlanta to emphasize the importance of protecting voting rights. Although, the House of Representatives voted a day later to pass the Freedom to Vote: John Lewis Act, the legislation is in jeopardy of not passing in the U.S. Senate as two Democratic Senators — Joe Manchin (D-WV) and

Krysten Sinema (D-AZ) — refuse to change the rules allowing a minority of senators to block legislation.

Weber said there are about 400 bills making their way through state legislatures across the country that are attempting to restrict voting rights.

“Here we are now in this century, in this timeframe, in 2022, and we are talking about something that took place in 1965 in terms of the Voting Rights Act,” said Weber. “Dr. King told us, ‘I see governors with the words of interposition and nullification dripping from their lips.’ In other words, ‘I see Jim Crow laws. I see governors trying to overturn federal law with regards to what is right and what is just in this country.’”

Civil rights activist and friend of Dr. King, Rev. James Lawson, also spoke at the virtual breakfast and encouraged Black leaders to fight for their communities.

“Black elected officials must support the community of Black people all around the country, organizing continuous campaigns,” said Lawson who shared intimate details of his work with Dr. King and how much King’s

ideas, strategizing and activism secured the human rights of all Americans.

During a press call on the same day, Director of the White House Office of Public Engagement Cedric Richmond spoke about the historical weight of the current voting rights standoff among lawmakers in Washington.

“Our democracy has faced defining moments many times in our history and this is one of those,” said Richmond. “This will be a question of what side you want to be on.”

Lawson called for community leaders to “dismantle plantation capitalism” and praised the work of other Black leaders that led to civil rights legislation during the Civil Rights Movement in the 1950s and 1960s.

“The greatest use of law and nonviolent tactic was the Civil Rights Act of 1964. Many movements were in it, and we must not forget Little Rock Nine, Jackie Robinson’s desegregation of baseball and so on. It helped the Black community come together,” said Lawson.