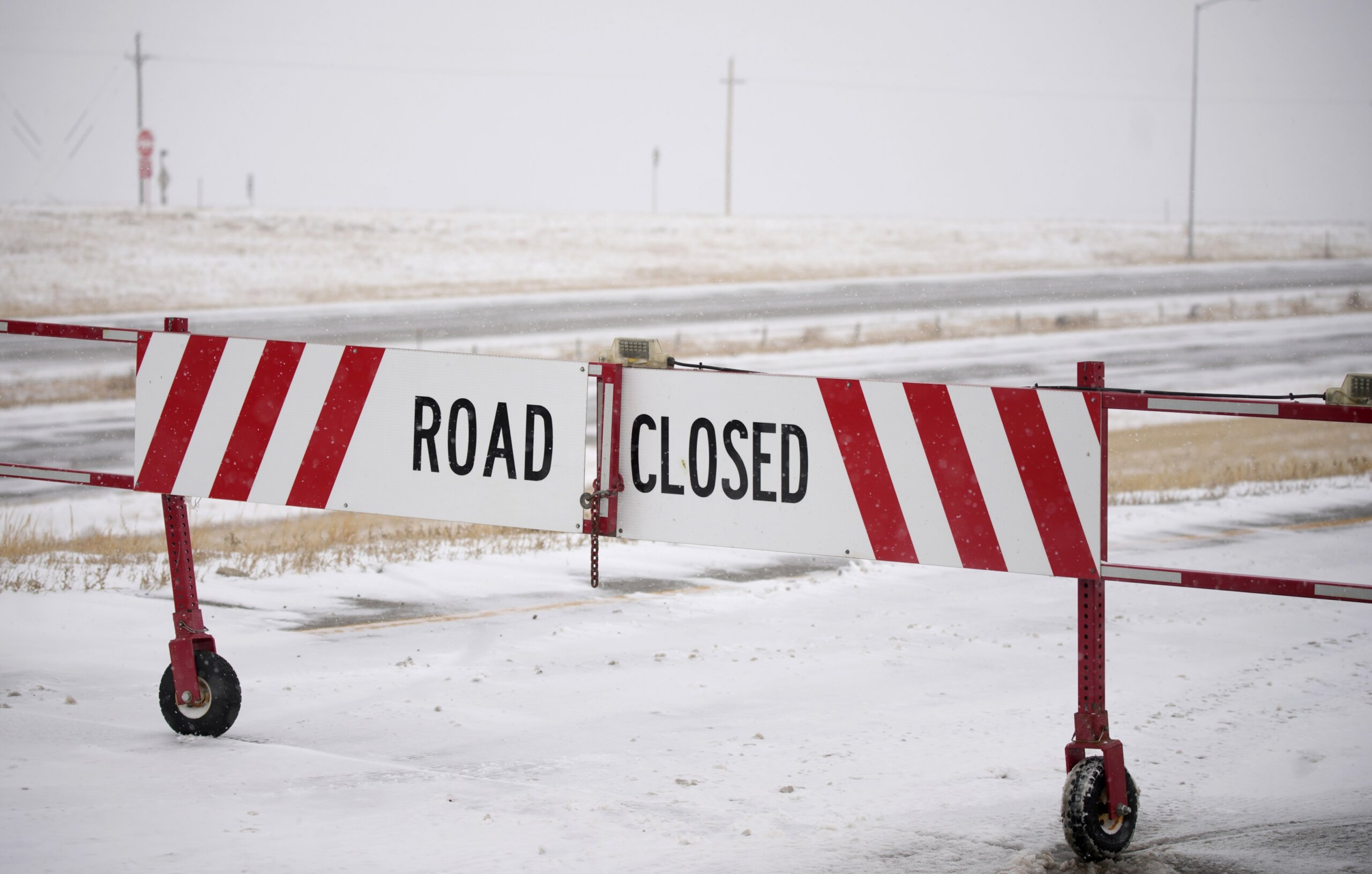 By JAKE BLEIBERG and KEVIN MCGILL

KEITHVILLE, La. (AP) — A volatile storm ripping across the U.S. spawned tornadoes that killed a young boy and his mother in Louisiana, smashed mobile homes and chicken houses in Mississippi and threatened neighboring Southern states with more punishing weather Wednesday.

To the north, the huge storm system delivered blizzard-like conditions to the Great Plains and was expected to push more snow and ice into Appalachia and New England. The wintery blast dumped more than 2 feet (61 centimeters) of snow in parts of South Dakota.

In northern Louisiana, it took hours for authorities to find the bodies of a mother and child reported missing after a tornado struck the rural Keithville community near Shreveport on Tuesday afternoon.

The Caddo Parish Coroner’s Office said the body of 8-year-old Nikolus Little was found around 11 p.m. Tuesday in a wooded area. His mother, Yoshiko A. Smith, 30, was found dead under storm debris around 2:30 a.m. Wednesday.

Sheriff Steve Prator said their home was destroyed and the boy ended up a half-mile away, while his mother’s body was discovered one street over from where their mobile home stood. When deputies arrived at their address, they found nothing but a concrete slab, said sheriff’s Sgt. Casey Jones.

“You go to search a house and the house isn’t even there, so where do you search?” Louisiana Gov. John Bel Edwards told reporters, noting the challenge faced by emergency responders as he toured a mile-long path of destruction in Keithville.

The forecast Wednesday called for more severe storms with additional tornadoes expected across an area of the Gulf Coast region populated by nearly 3 million people from New Orleans to Mobile, Alabama. More damaging weather was possible in the Florida panhandle.

A steady stream of tornado warnings were issued Wednesday across portions of Louisiana, Mississippi and Alabama.

In Union Parish, on Louisiana’s northern border with Arkansas, Farmerville Mayor John Crow said a Tuesday night tornado badly damaged an apartment complex where 50 families lived and wiped out a neighboring trailer park with about 10 homes. “It happened quick,” Crow said Wednesday, adding that about 30 homes were damaged along nearby Lake D’Arbonne.

Shannon Futch, Union Parish’s emergency director, said there were reports of numerous people treated for cuts and bruises and at least two people hospitalized after a twister cut a swath of damage about 5 miles (8 kilometers) long, toppling trees onto about a dozen houses.

“Some people even stayed the night in their houses that had big pine trees on them,” Futch said. “They didn’t have anywhere to go.”

In neighboring Mississippi, suspected tornado destroyed four large chicken houses — one of which held 5,000 roosters — in Rankin County, Mississippi, Sheriff Bryan Bailey said. Mobile homes at a park in Sharkey County, Mississppi, were reduced to piles of shredded debris. Resident Leslie Jackson told WLBT-TV her home was one of only a couple left standing.

A line of thunderstorms sweeping through Texas spawned tornadoes Tuesday and damaged dozens of homes and businesses. At least five people were injured In the Dallas suburb of Grapevine, police spokesperson Amanda McNew said. A possible tornado blew the roof off the city’s municipal service center, leaving debris hanging from powerlines.

Icy weather from the huge storm was expected to affect the U.S. from coast to coast. It began by dumping heavy snow in the Sierra Nevada and was predicted to bring ice and snow to the eastern U.S. in the coming days.

“This system is notable for the fact that it’s going impact areas all the way from California to eventually the Northeast,” said Frank Pereira, a meteorologist with the National Weather Service in College Park, Maryland.

In the Black Hills of western South Dakota, snow piled up to nearly 2 feet (61 centimeters) in some mountainous communities.

“They shovel for hours on end,” said Vicki Weekly, who manages a historic hotel in the tourist and gambling city of Deadwood, where a few visitors were still venturing out to hit the casinos.

Interstate 90, spanning the western half of South Dakota, remained closed Wednesday and the state Department of Transportation warned drivers to stay off most highways. In North Dakota, accumulated snow caused authorities Tuesday evening to shut down Interstate 94 between Bismarck and Fargo, the Bismarck Tribune reported.

Wet, heavy snow left tree limbs sagging and made driving treacherous Wednesday in northern Minnesota. Weather Service meteorologist Ketzel Levens in Duluth said snow had reached 6 to 8 inches (15 to 20 centimeters) in some parts of the region.

Forecasters expect the storm system to hobble the upper Midwest with ice, rain and snow for days, as well as move into the Northeast and central Appalachians. The National Weather Service issued a winter storm watch from Wednesday night through Friday afternoon, depending on the timing of the storm. Residents from West Virginia to Vermont were told to watch for a possible significant mix of snow, ice and sleet.