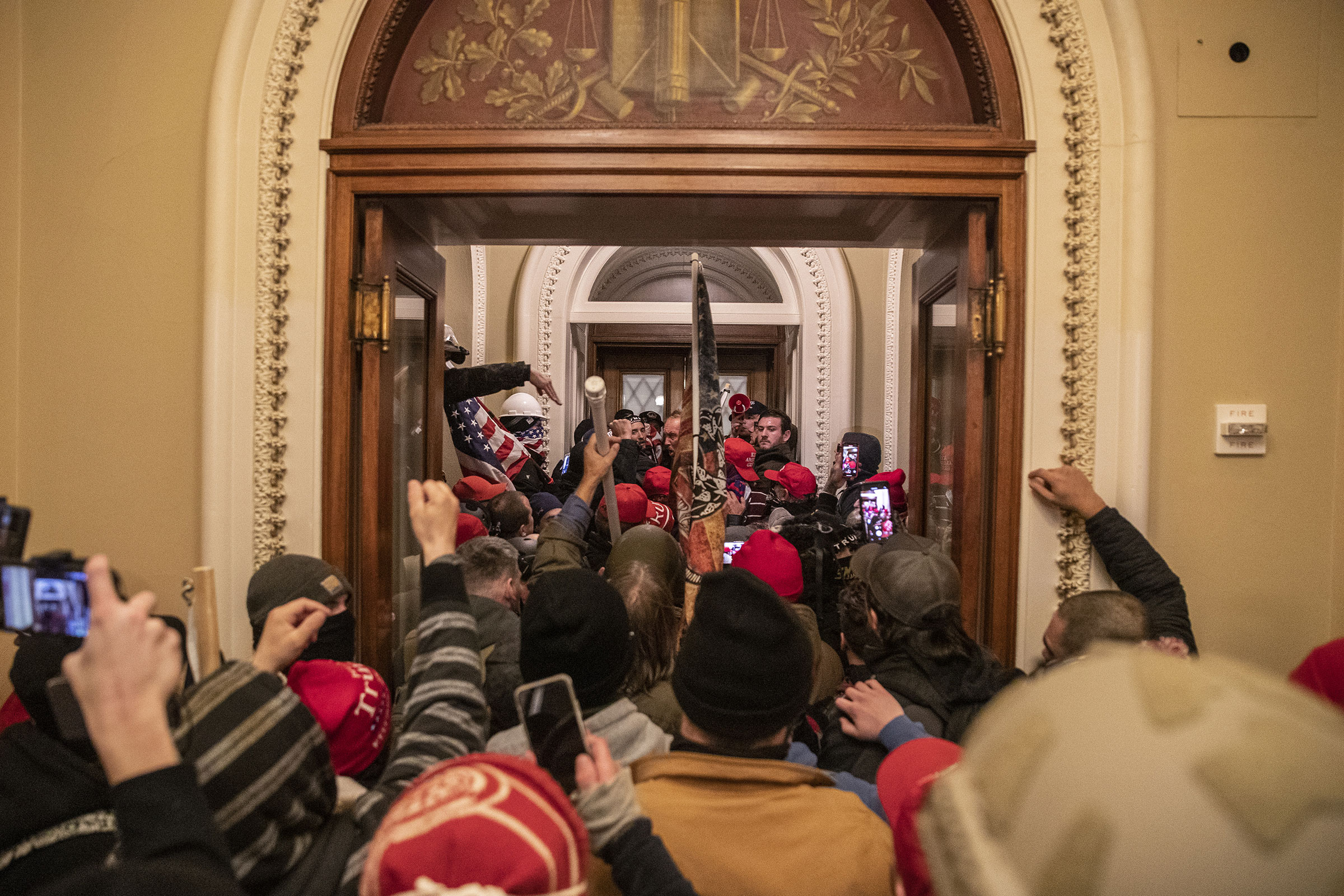 Americans witnessed an ugly piece of history on Wednesday as Trump supporters invaded the Capitol building. However, this terrorist attack was spurred by President Donald Trump, who held a rally earlier in the day. During the rally, Rudy Giuliani, Trump’s lawyer, said he wanted “trial by combat.”

The attack stopped Congress from presiding over a vote that confirmed Democrat Joe Biden as president-elect. Lawmakers were terrorized as rioters rampaged through the halls of Congress. Some legislators barricaded themselves in their offices and made final calls to loved ones. Others were barricaded in the House chambers as armed security officials engaged in a standoff.

The violence left four people dead, including Ashli Babbitt, a San Diego-area resident. Babbitt was an Air Force veteran, who was shot in the neck while trying to enter the Capitol through a broken window.

According to her Twitter account, she was a libertarian who subscribed to various right-wing conspiracy theories such as QAnon. She used the phrase “the storm is here.” The storm is a QAnon term that predicts an event where Trump rounds up left-wing traitors and executes them.  She also retweeted messages from other conspiracy theorists such as attorney Lin Wood and Lt. Gen. (rtd.) Michael Flynn.

“It appears to me on the basis of video evidence that the US Capitol Police have been infiltrated and compromised. There is a fifth column within their ranks,” said Schmidt in a Twitter post. “They have surrendered the US Capitol to insurrectionists without a shot fired. It may be the greatest law enforcement failure.”

According to pictures widely circulated on social media, many of the pro-Trump rioters were white supremacists. Several photos captured rioters parading through the Capitol with confederate flags. A pro-Trump rioter was also pictured wearing a T-shirt with a pro-Nazi message.

After several hours, police eventually regained control of the Capitol. However, many media commentators were incensed that law enforcement allowed the rioters to run wild for hours. Many of them pointed out that Black Lives Matter protests were met with a massive police presence.

After police cleared the building, legislators returned and confirmed Biden’s election. The attacks’ goal was to overturn the election result and declare Trump president. But it had the opposite effect. Many Republicans, shocked by the violence, voted with the Democrats to approve the election. A Republican effort to obstruct the vote failed overwhelmingly.

Sen. Lindsay Graham, who converted to a strong Trump defender, came out against him.

“Trump and I, we’ve had a hell of a journey,” said Graham in a Senate floor speech. “All I can say is count me out. Enough is enough.”

The attack has also spurred several resignations from the Trump administration. And legislators on both sides of the aisle are now calling for the enactment of the 25th Amendment, which would declare the president unfit for duty and name Mike Pence president.

Speaker of the House Nancy Pelosi and Senate leader Chuck Schumer have both called for Trump’s removal.

“The quickest and most effective way — it can be done today — to remove this president from office would be for the vice president to immediately invoke the 25th amendment,” said Schumer in a press statement.