To Lower Tuition, Empower The Family With Direct Funds 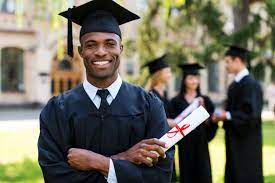 By: Robert Hildreth, The Hill

Nationwide — The Biden administration wants to make community college free and eventually all public higher education as well. It is highly popular. Potentially less popular will be the price controls free college require to contain rising costs. There is another way that directly addresses the problem: Families are powerless to stop the determined effort of colleges to raise tuition. Nothing would empower them more than if the government sent its financial aid (grants and loans) directly to them rather than to colleges as it does now. After all it belongs to them. They earned it. They have to repay it. Students and their families should demand — show me the money.

Why would this be beneficial? First, it would give more control to families. Colleges will need them to write the check forcing these institutions to explain costs and even negotiate payments. Families will realize that colleges need their children to fill empty seats. With declining enrollments, it’s a buyers’ market. Some parents will be better negotiators than others, but perhaps they will come together to present a united front. They may even form associations to gain a seat at the table the next time a college tries to raise tuition.

Second, it would lift the fog. Hard cash is a lot easier to understand than a financial aid letter. Families would be able to concretely measure the money in their account against the invoice from the college. Never seeing the money deprives students of any understanding of why and what they owe. Ignoring the student is not a good way to build a lending relationship. It sends a message to families that the government does not trust their children at the front end when aid is dispersed even while demanding it be repaid at the back end.

Slowly private scholarship donors which always sent their gifts directly to colleges rather than to students are seeing the wisdom of empowering students with direct transfers. Were the government to move in this direction donors would be expected to quickly follow suit.

For this to work either for government aid or private scholarships, there must be a specific type of account into which the money destined for higher education could be safely deposited. Luckily one already exists. It is called the “529 plan” created by the IRS as a tax advantaged vehicle to encourage families to save for college. The earnings from these deposits grow tax free. Regulations surrounding these accounts ensure they are used only for higher education with penalties if they are not. No large-scale fraud has ever occurred.

At present these accounts hold hundreds of billions of dollars and are highly popular among the middle and upper classes. Unfortunately, lower-income families do not usually open these accounts mainly because it is tougher for them to save. (Some of the same reasons that prevent people from getting vaccinated for COVID-19 such as distrust of government may exist.)

No doubt much work would be needed to make these accounts universal. But receiving thousands of dollars in an account may be an easier sell than agreeing to a shot in the arm. For their part colleges love 529s and the money they to campus.

Out of self-interest colleges will object to changing the rules of the game in favor of families. But they already fret that the present rules do not work in their favor either anymore as they face increasing financial difficulty. They also worry that major changes such as free college appear inevitable forcing them to weigh changes, such as what is offered here, against each other.

Sending aid directly to parents is really a logistical change that could work with other reforms such as free college. After all government grants and loans will not disappear. In the interests of equality and equity all reforms should move in the direction of empowering families.