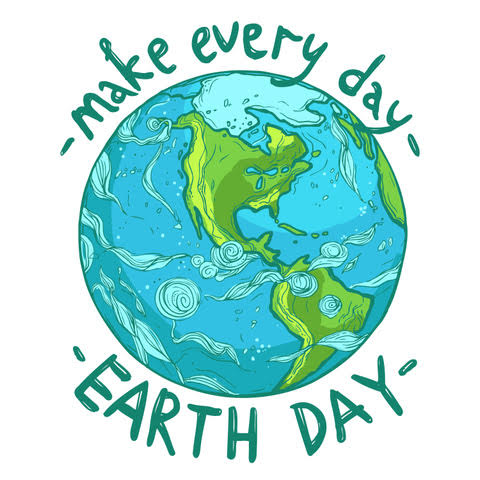 Following Earth Week, celebrities and lawmakers alike have come together to discuss the climate crisis ravaging our planet. However, with the political climate as charged as it is, not everyone agrees on the best approach.

Newsom suggested that climate change has increased the severity of drought conditions in California, a sentiment shared by the Public Policy Institute of California.

A hearing on the bill is set for May 3 in the Senate Appropriations Committee.

SB 582 would require the State Air Resources Board to make sure that statewide emissions are reduced to at least 80% below their 1990 levels.

Also it would focus on communities that are more vulnerable to climate change, according to Senator Henry Stern (D-Los Angeles) and Senator Dave Cortese (D-San Jose) who held a webinar to discuss the bill.

“The third piece [of SB 582] is what we call a just resilience framework to really put vulnerability to climate change at the centerpiece of the state spending strategy,” Stern said, breaking down the bill into three parts. “So, for the folks living in Sen. Cortese’s backyard who might be going through an extreme heat event who are elderly and maybe don’t have access to the proper air conditioning, or live right next to a floodplain, or, in my area, right next to the edge of a wildfire risk… those most vulnerable people, we believe, should be met first by a massive investment in climate infrastructure.”

Stern acknowledged some of the pushback he expects to get from the California labor organizations.

“In organized labor and basically the employment sector, especially in the fossil fuel industry, there’s been a lot of discomfort that if California shuts down all these industries that we’ll put ourselves at a competitive disadvantage and we’ll put people out of work,” Stern said.

There has been some hesitation, according to Stern. However, he asserts that it isn’t full blown opposition.

“There is no opposition at this point from organized labor,” Stern said. “And the environmental justice community is also not yet fully invested because there is some nervousness. Things like carbon capture, storage and oil fumes. Those kinds of questions are still looming, but we’re committed to this broader diplomatic effort and I think if we can solve that, anything is possible.”

The Senate Natural Resources and Water Committee has scheduled a hearing for April 27 on the SB 582.

Planning to Get Rid of Gasoline-Powered Cars

According to the California Air Resources Board, statewide greenhouse gas emissions increased by about 800,000 metric tons from 2017 to 2018.

Introduced as a way to combat this, Assemblymember Kevin McCarty’s (D-Sacramento) Assembly Bill (AB) 1218 aims to ensure that “100% of new passenger and light-duty vehicle sales are zero-emission vehicles by 2035.”

“AB 1218 will prove devastating for the gasoline tax revenue stream dedicated to improving and maintaining California’s infrastructure and replenishing the general fund,” Smith wrote. “The COVID-19 pandemic has severely impacted social and economic activity in the state; reduced business activity and stay-at-home orders have decreased the amount Californians drive their automobiles.”

AB 1218 also proposes that the state provides incentives for Californians to adopt to zero emission vehicles.

“This bill also sets up interim GHG emissions targets for manufacturers to achieve towards the 2035 100% zero-emission sales goal,” the bill text reads. “By reaching these targets, manufacturers would avoid having to pay a penalty. Manufacturers have stated support for the Governor’s executive order and understand the need for rebates to incentivize consumer adoption of zero-emission vehicles.

While legislators may not agree on the how, they do agree on the why: The planet is in danger and we have the power to save it. What we’re willing to give up in that pursuit, however, makes all the difference.