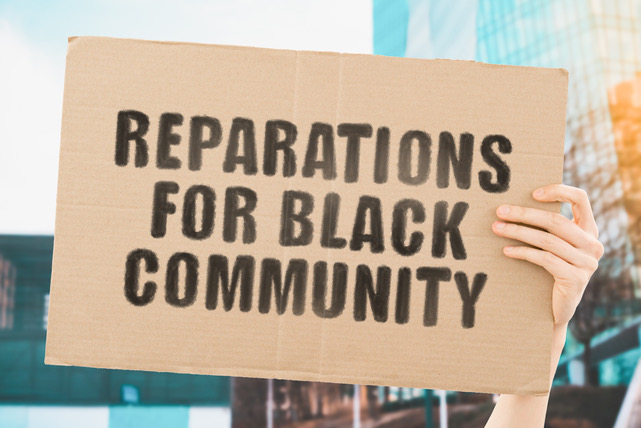 Last week, California’s Task Force to Study and Develop Reparation Proposals took an expansive but deeply personalized look at the history of Slavery, racial violence and injustice in America and traced how that past still shapes how we live now.

During the two-day meeting that concluded Sept. 24, participants shared details of harrowing incidents that happened in California and across the country. Their stories will help the panel determine what compensation should be for descendants of enslaved people in the United States who provided free labor for nearly 250 years and survived discrimination, lynching, racial violence and Jim Crow laws for more than a century after that.

The nine-member panel listened to close to five hours of emotional testimony presented by slave-trade experts, academic scholars, historians, and members of the Black community.

“The pain is real,” said California Secretary of State Shirley Weber after hearing testimony from individuals sharing personal and family experiences of bigotry and enslavement.

Weber, too, testified in front of the Task Force on Sept. 24.

“I think when we all reflect on it, we try not to reflect on it often because it is extremely painful,” said Weber, who authored Assembly Bill (AB) 3121, signed into law in 2020, that created the California task force that is currently investigating the history and costs of slavery and discrimination in America – and the extent of California’s involvement.

Weber, providing a broad understanding of why she penned AB 3121, discussed how her family was forced out of Arkansas and fled to Southern California after her father attempted to organize union rights for sharecroppers.

Weber also shared a largely unknown part of history that has direct ties to why reparations are being discussed. She highlighted the 1919 race riots in Elaine, Arkansas, which has not gotten the attention of other mob incidents of racial terror that happened in places like Chicago, St. Louis and Tulsa.

Historians document a series of those massacres that occurred from April to November 1919 as “Red Summer,” when a wave of anti-Black riots and lynching took place after World War I. The word “red” symbolizes the color of the fires that engulfed burning, Black churches.

Weber’s family was from nearby Hope, Arkansas, but during her research, she discovered that Black farmers “were chased in the fields, the cotton fields” murdered by non-Black people “to strike a sense of fear” in African Americans. Weber said “hundreds of people” were killed.

Weber, whose father was born in 1918, a year before Red Summer, says she was more concerned with her grandfather’s mental state after the incident because he was “fearful of White people.”

“Elaine, Arkansas, had the worst race riot of any state in the nation. It was considered the deadliest race riot in the United States. Deadlier than what happened in (Tulsa) Oklahoma,” Weber said. “It’s now being researched and looked at, but I have to begin to ask myself what impact probably did the race riots of 1919 have on my grandfather.”

Bertha Gaffney Gorman, who worked for The Sacramento Bee newspaper from 1971 to 1978, was one of the only Black reporters in the newsroom at the time. She also testified to “tell her family’s history” and discrimination they experienced in the Golden State.

Gorman is the grandmother of Amanda Gorman, 23, the first National Youth Poet Laureate in 2017 who recited her powerful poem “The Hill We Climb” at Joe Biden’s presidential inauguration. The younger Gorman, who graduated from Harvard University, was born and raised in Los Angeles.

Her family witnessed intimidations, beating, hangings of free Black people who “continued to work for their enslavers, lived in the same shacks, and experienced the same cruelty and control,” she said, drawing parallels between their life conditions and those of their enslaved ancestors.

Gorman shared specifics about racism she experienced working and living in the state’s capital city.

She moved to Sacramento in the late 1950s to attend Sacramento City College. While enrolled, Gorman lost her job because she tried to take a test for a clerk position for the state of California.

Eventually, Gorman was able to land a job with the California State Assembly, but says she was given every “imaginable excuse” to prevent her from taking the test before she realized it was the color of her skin that was holding her back.

“I hope my story will further the understanding of the legacy of harm and the Post Traumatic Stress Disorder that our people suffered and (that affected) my ancestors and their descendants. And the discrimination that followed them from Texas, New Mexico to California,” Gorman said.

Isabel Wilkerson, the author of “The Warmth of Other Suns: The Epic Story of America’s Great Migration,” said during her testimony that about six million Black people left the deep South former slaveholding states and moved too western and northern states and territories from the 1900s to 1970s.

After arriving to their destinations, they struggled with housing, employment, and educational discrimination, the author said.

“I am testifying because not enough Americans know the truth and full history of our country or the origins of the division we now face and thus of the karmic, social, economic, and indebtedness to African Americans that the country has inherited,” Wilkerson said.