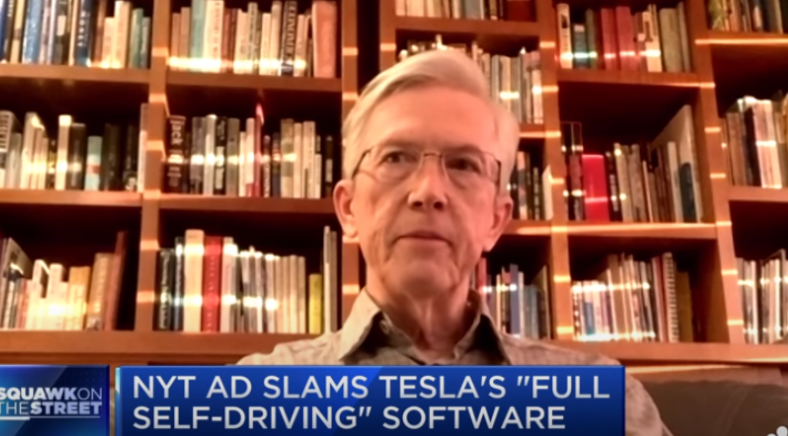 California Sen. Alex Padilla has a competitor in his race to retain his seat. And that competitor is software executive Dan O’Dowd, who is running as a Democrat.

“Today I launched my campaign for U.S. Senate to make computers safe for humanity,” said O’Dowd in a Twitter post. “The first danger I am tackling is Elon Musk’s reckless deployment of unsafe Tesla Full Self-Driving cars on our roads.”

According to the Dawn Project, which was founded by O’Dowd, Tesla’s self-driving technology fails frequently.

“Tesla Full Self-Driving malfunctions on average every 8 minutes in city streets. It should be banned from our roads immediately. We did not sign up our families to be Tesla crash test dummies,” according to O’Dowd’s campaign website.

In a press release, he added, “If a person drove that recklessly, they would fail their driver’s test, and if Full Self-Driving can’t pass the test, it should not be allowed to be driving on our roads.”

One of the ads shows Teslas in a series of accidents where they swerve into lamp posts, narrowly miss a cyclist and fail to allow the driver to take over. Teslas do not have fully automated driving but can be put on “autopilot” for short periods. The software has also been responsible for some fatal accidents.

O’Dowd has an extensive background in technology. He has been president of Green Hills software for 40 years. He’s also a graduate of The California Institute of Technology.

Musk Is a controversial figure, who also operates SpaceX, a company that makes rockets. He recently bought Twitter for $44 billion and promises to “return it to free speech.” Musk’s fortune is estimated at $260 billion. Also, his electric car company has been on the wrong end of several million-dollar racial harassment lawsuits.

According to a Politico article, some California political watchers were concerned that O’Dowd’s campaign may split the vote and create problems for Padilla.

“Two of the people with knowledge of his strategy said that he has hired experienced Democratic consultants to help guide the campaign. His team, those people say, includes the celebrated ad maker Mark Putnam and O’Dowd has received help from veteran operative John Blair, moves underscoring his seriousness and raising questions about his political ambitions,” said Politico.

O’Dowd previously ran for Senate as a Democrat in the ‘90s.