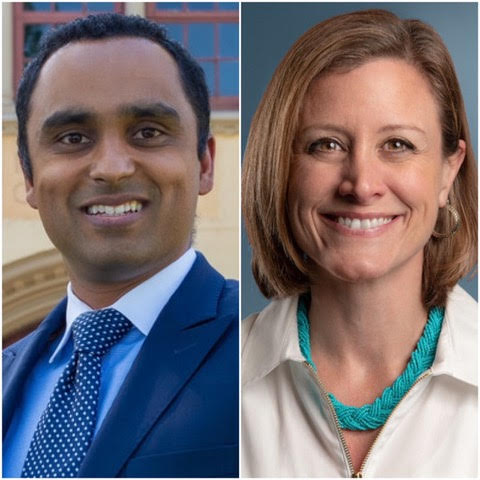 The main challenge, they say, is achieving equity.

“A vital component for the equitable economic and sustainable future of California will be determined on the vision and strategic investments in fast growing regions like the Inland Empire,” said Angelo Farooq, Chair of the California Workforce Development Board.

“We are proud of the multitude of High Road apprenticeship grants for employers/workers that our board has been making in the region and its continued impact to support quality jobs for the local economy,” Farooq added.

Equity has become a national buzzword. But what does it mean in when it comes to labor and employment? The state says it aims to make that definition clear and make it work for all Californians, particularly African Americans.

“Inclusive and equitable. Let’s talk about those two words because I love them and I hate them,” said the event’s keynote speaker Secretary Natalie Palugyai of the California Labor and Workforce Development Agency. “I hate them because they get watered-down and thrown around, and people really don’t even know what they’re talking about anymore and when people throw those words out, I want to know exactly what they mean because if they don’t mean something behind it, we’re actually not going to get to those lofty goals.”

Palugyai provided her own definition for what these goals should look like. “Getting people in the door, that’s equity,” said Palugyai. “If I have an African American population and they aren’t participating in my program, but they represent 10% of my region, what am I doing?”

Palugyai said that the state, traditionally, has not invested in these efforts in an equitable way.

“Let’s just be really frank about this; economic development, state investments, infrastructure, [and] workforce training and development has been done the same way for a long time and what has really changed?” Palugyai asked the room full of workforce officials and sponsors.

The summit panel consisted of workforce representatives from the state and both Inland Empire counties, as well as community leaders throughout the region.

They all spoke about the importance of equity while acknowledging the systemic challenges they’ve faced in that pursuit.

At the state level, the California Labor & Workforce Development Agency wants regional offices to maintain some independence to help encourage participation from the Black community.

“We haven’t been great at outreach,” Palugyai admitted. “During COVID, we learned that the only proper way to do outreach is through community organizations that are connected to the people we’re trying to serve. The old ways of us doing it are just not cutting it anymore.”

She brought up an example of the state supporting regional equity efforts: the Community Economic Resilience Fund (CERF) which would provide aid to counties based on their needs following the COVID-19 pandemic.

“You want outreach from the people who look like you that are probably going to understand you more,” Palugyai said.

However, she reports that they have been working on said challenges.

population of Riverside County and we are in fact serving a slightly higher percentage,” said Trainor.

She admitted there are “systemic issues to tackle.”

Patrick Ellis, Chair of the Riverside County Workforce Development Board, emphasizes that just getting Black people jobs is not enough to solve the problem.

Trainor said that the Riverside County Workforce Development Centers can offer help with upskilling, resume updating, mock interviews, and job searches but some people are not aware of these services.

Because of this, Riverside County Workforce Development Centers are looking to connect with the Black community through Black-led community-based organizations, as is the plan for the state’s workforce development programs.

The state and the two Inland Empire counties plan to make this summit an annual event.