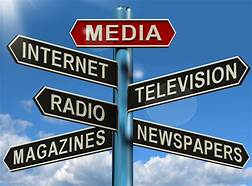 A survey by Ethnic Media Services offers an idea of how ethnic media navigated the pandemic and its aftermath.

According to findings from the survey, which interviewed 82 respondents from the Black, Latino, and Asian press, ethnic media is struggling to overcome the financial impact of the economic downturn.

82% of respondents said they had suffered serious financial losses.

However, the coronavirus pandemic also turned out to be a source of revenue as the government has spent a lot of money on advertising about the coronavirus and the vaccine.

“A large majority – 63% – say advertising related to promoting the 2020 Census and COVID-19 and vaccine campaigns helped most to offset steep revenue losses. Downsizing was the sector’s second most important survival strategy, followed by the SBA loan program,” according to Ethnic Media Services.

According to Sandy Close, director of Ethnic Media Services, the fact that many ethnic media are still in operation shows their resilience.

“Ethnic media have proven to be remarkably resourceful in the face of enormous odds,” said Close,

However, more than half of the respondents said that economic cuts forced them to reduce staff.

The survey found that 53% of responders had to reduce the areas they covered,

Another interesting finding from the survey showed that more people are going online for news.

“30% of respondents say people now pay more attention to social media messaging from government and nonprofits and 25% to new online information platforms to get the information they need,” said EMS.

However, this has a downside because social media and the Internet are notorious for producing inaccurate information. And this has proved deadly during the coronavirus pandemic as many people refused to get the vaccine because of misinformation they read online.

“This is one reason why disinformation is spreading so fast in some immigrant communities,” says Jongwon Lee, a Korean media specialist and lawyer. “New online platforms draw audiences away from traditional print and broadcast ethnic news outlets because they are filled with sensationalist news. It’s tough for print journalists to compete head-to-head with the online platforms.”

Close said that Internet giants such as Facebook and Google are having a negative impact on newspapers as they are cutting into the advertising revenue. People don’t go to the newspaper to look for classified ads anymore, they go to places like Facebook jobs and that has affected ethnic news outlets. Also, ethnic media outlets have found that online advertising pays a lot less than print advertising.

According to Statista.com, a number-crunching website, Google made more than $250 billion in advertising in 2021. The number has been steadily rising since 2002.

“With Facebook and Google earning the lion’s share of ad revenues, ethnic media lack the financial incentive to invest in digital capacity, but they also know it’s essential to staying relevant to their audience. This is the same bind they faced before the pandemic, only now they have even fewer resources,” said Close.