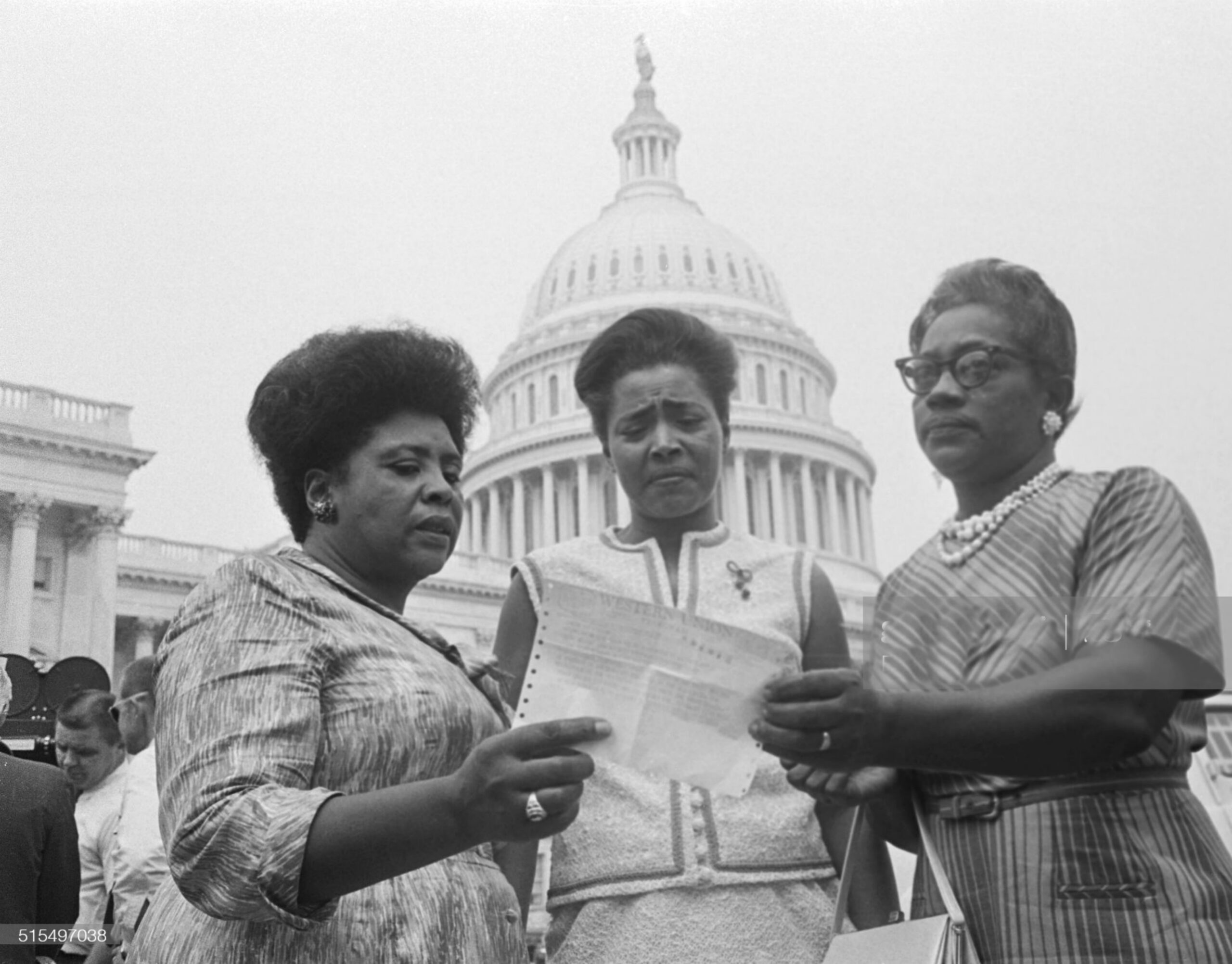 But in Mississippi, the success and power behind the movement was largely a grass roots base of ordinary black women whose acts of defiance and courage were able to make great headway in that state. Yet most people have never heard of Victoria Gray Adams, Unita Blackwell, Mae Bertha Carter, Annie Devine, Fannie Lou Hamer and so many other women who saw an opportunity to emerge as activists in Mississippi’s Civil Rights movement.

The award-winning documentary “Standing on My Sisters’ Shoulders” will be shown for free Thursday, Aug. 27, at 2 p.m. online via Zoom, presented by the Pasadena Senior Center as part of its Cultural Thursdays series. It chronicles the vital role played by women in the Mississippi Civil Rights movement from the point of view of the women who lived it and changed history in the face of a hostile and violent segregated society.

Members as well as non-members of the Pasadena Senior Center are invited to participate. Residence in Pasadena is not required.

The one-hour screening will be followed by a conversation between the online audience and Laura Lipson, the documentary’s writer, co-producer and director.

The film features archival film footage as well as video interviews with Unita Blackwell, a sharecropper turned voting rights activist who marched, led voter registration drives, was jailed several times and became Mississippi’s first female black mayor; Mae Bertha Carter, a mother of 13 whose children were the first to integrate Drew County schools in Mississippi in the face of violent opposition and who, along with Marian Wright Edelman, successfully sued the district to challenge Mississippi’s “freedom of choice” law that was the backbone of the segregated system; white student activist Joan Trumpauer Mulholland, who was a Freedom Rider, participant in the Jackson Woolworth’s sit-in and the marches on Washington and from Selma to Montgomery, all of which led to her being physically attacked, disowned by her family and hunted down by the Ku Klux Klan for execution, and who was a 2015 recipient of the National Civil Rights Museum’s Freedom Award; and Victoria Gray Adams, Annie Devine and Fannie Lou Hamer, who organized the Mississippi Freedom Democratic Party to confront discrimination in that state, attempted to unseat the all-white Mississippi delegation at the 1964 Democratic National Convention and were invited to a 1965 hearing of the U.S. House of Representatives in Washington, D.C., to challenge the seating of five newly elected white members from Mississippi on the grounds that African Americans had been prevented from participating freely in the election – a challenge that put pressure on President Lyndon B. Johnson to sign the groundbreaking Voting Rights Act.

Several other women lent their voices and memories to the documentary, which won awards at film festivals throughout the nation.

To register for the screening or for more information, visit www.pasadenaseniorcenter.org and click on Lectures and Events, then Online Events or call 626-795-4331. Everyone who registers will receive email instructions for joining accessing this Zoom activity.

For more information about other Pasadena Senior Center programs and services, including online options for classes, events and activities during the COVID-19 pandemic, visit www.pasadenaseniorcenter.org or call 626-795-4331.

The center, at 85 E. Holly St., is an independent, donor-supported nonprofit organization that has been deemed an essential service provider for older adults, so its doors are open five days a week during the pandemic for social services and other assistance to older adults in need. Hours during this period are Mondays through Fridays from 8 a.m. to 4:30 p.m.

1: L-R Fannie Lou Hamer, Victoria Jackson Gray and Annie Devine reading a telegram at the U.S. Capitol Building in 1965 from Speaker of the House granting them permission to be seated on the House floor during the debate about the newly elected representatives from Mississippi. Photo credit: Getty Images