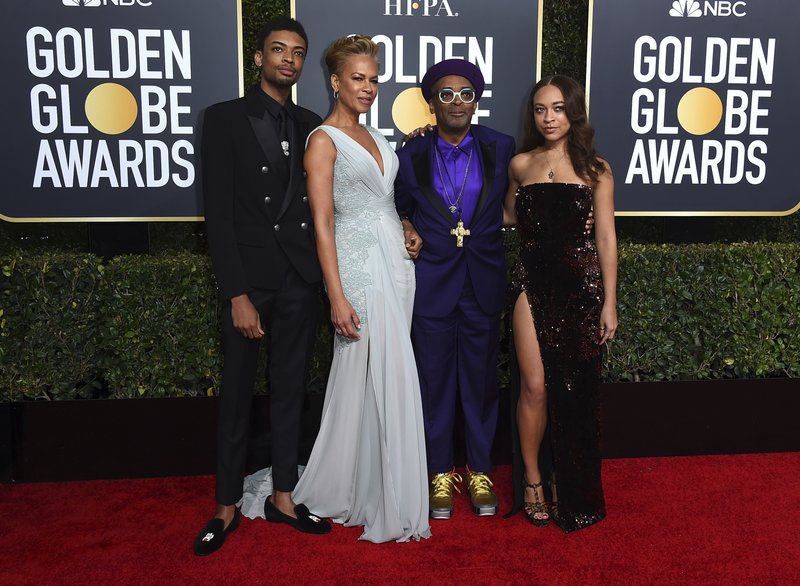 Los Angeles, CA — Spike Lee’s daughter and son have been chosen as the Golden Globe ambassadors to assist with the awards ceremony.

Satchel, 26, and Jackson, 23, are the first siblings of color to hold the position. Jackson is the first Black male ambassador.

Both credited their maturation to their filmmaking father and mother, Tonya Lewis Lee, who is a film and television producer.

“We’re proud to carry our father’s legacy of storytelling to bring attention to communities close to our hearts,” said Satchel Lee, who was the creative director of DRØME, a queer and intersectional arts and culture magazine.

Satchel chose to partner with Callen-Lorde, an organization that helps with LGBTQIA+ communities with healthcare in New York City. Jackson is partnering with Big Brothers Big Sisters, the volunteer-supported mentoring network.

“As a visionary creative, my dad taught Satchel and me the importance of entertainment as a cultural catalyst of change,” he said.

Callen-Lorde and Big Brothers Big Sisters will each receive a grant from the HFPA for $25,000 made on the Lees’ behalf.

Satchel said selecting Callen-Lorde and the organization’s healthcare initiatives was important to her to “support the LGBT+ community, because that is my community. Everything I do, I just to give back to the people and communities that have given so much to me.”

Jackson said he picked Big Brothers Big Sisters in an effort to mentor those the same way his father guided him.

“Having my dad mentor me changed my life,” he said. “Being able to give someone else the opportunity and someone younger than me, it’s kind of paying it forward. It feels like a duty I have to do.”

An ambassador is traditionally the child of a celebrity who assists with award presentations, handing out trophies to winners and escorting them off stage.

The Golden Globes ceremony will be held Feb. 28 at the Beverly Hilton Hotel in Beverly Hills, California. The show honors achievements in film and television.