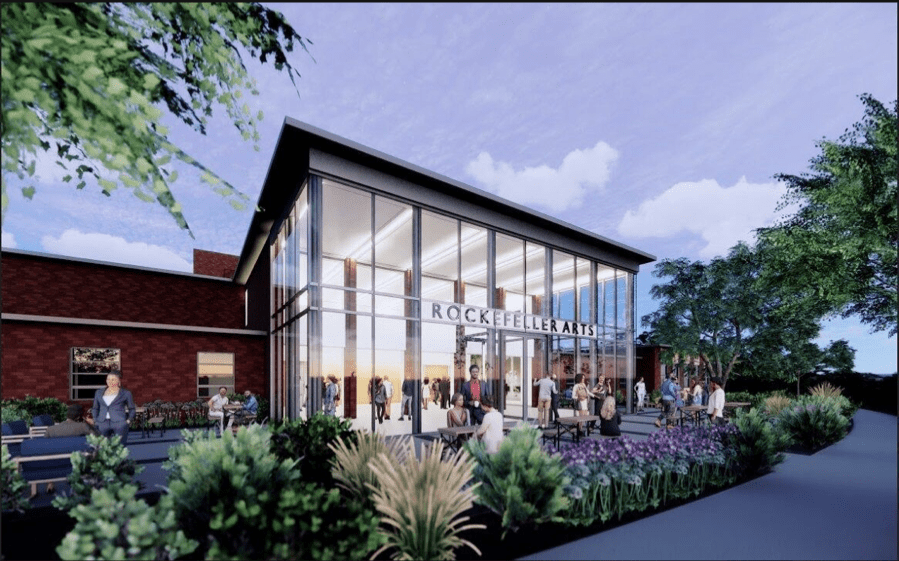 Atlanta, GA — In honor of their lifetime of achievements, Spelman College will name a renovated theater, lobby, dressing rooms and supporting areas the LaTanya Richardson Jackson and Samuel L. Jackson Performing Arts Center. Located in the John D. Rockefeller Fine Arts Building, the updated arts center is being made possible by a lead gift from the Hobson/Lucas Family Foundation along with generous donations from Richardson Jackson and Jackson, Bank of America and David Rockefeller Jr.

At the height of the Black Arts Movement in the 1970s, actress-producer-director LaTanya Richardson Jackson, C’71, was honing her significant talents on the stage of the Baldwin Burroughs Theatre in Spelman’s John D. Rockefeller Fine Arts Building. She performed, alongside then Morehouse College student, Samuel Jackson, as a member of the Morehouse Spelman Players in productions like “The Sale” by Pearl Cleage, C’71. Their auspicious debut in plays produced by Spelman’s Department of Drama catapulted the couple into award-winning careers spanning nearly 50 years of artistic excellence and theatrical success.

“The love that both LaTanya and Sam continue to exhibit for Spelman since their time on stage decades ago is heartwarming,” said Mary Schmidt Campbell, Ph.D., president of Spelman. “These living legends met and acted together on stage on our campus. Their dedication to their artistry will leave a legacy that will inspire students in the Atlanta University Center for years to come. We are grateful for their gift and that of the Hobson/Lucas Family Foundation, Bank of America and David Rockefeller, Jr. to renovate the space where these beloved talents got their start.  Pioneers and leaders in producing important stories, LaTanya and Sam’s excellence will forever resonate in the arts center named for them.”

Richardson Jackson and Jackson both performed leading roles with the Morehouse Spelman Players on Spelman’s theatrical stage in the 1970s. They were directed by Spelman drama professor Baldwin W. Burroughs, Ph.D., for whom the stage is named, as well as award-winning playwrights, Carlton W. Molette, Ph.D., and Barbara Molette, Ph.D. Richardson Jackson spent time in programs on Spelman’s campus as a high school student before becoming an undergraduate.

“The benevolence of God placed me, Sam and our daughter Zoe inside a miracle which out of great gratitude, we work hard to share. Sam and I are invested in the success of Spelman because Spelman first invested so much in us,” said Richardson Jackson, who served on the Spelman College Board of Trustees (1998-2006), as well as on the advisory board of the Spelman Women’s Research and Resource Center. “Our beloved Mellody Hobson and George Lucas [of the Hobson/Lucas Family Foundation] have always been friends who supported Spelman. Their legendary philanthropy has forever graciously seeded many of the causes that Sam and I champion. But for them to offer of themselves in this incredibly generous way (without our knowledge) speaks to an understanding of the importance of Spelman women to the world, while lovingly giving zoom focus to the reality of our miracle. Bank of America and their CEO Brian Moynihan are new friends who have joined us in this preservation process, and we are ever grateful for their support.”

“We’re pleased to support Spelman College as it inspires, trains and develops the next generation of leaders, from entrepreneurship to the arts, with a commitment that aligns with our focus on advancing racial equality and economic opportunity,” said Anne Finucane, vice chairman, Bank of America. “We believe that when the power of the arts is combined with the longstanding traditions of Spelman, it yields excellence, and we’re honored to be a part of this important work.”

Richardson Jackson is an accomplished actress of stage and screen, who served as The Denzel Washington Endowed Chair in Theater at Fordham University and has received critical praise, as well as a Tony Award Best Actress Nomination for her performance as Lena Younger in the 2014 Broadway revival of Lorraine Hansberry’s “A Raisin in the Sun,” the Lily Award for Broadway Excellence for “To Kill a Mockingbird,” and the Lincoln Center Theater Award for “Joe Turner’s Come and Gone.”  Her extensive New York theater credits include “For Colored Girls…,” “Spell #7,” “Casanova,” “The Trail of Dr. Beck,” “From the Mississippi Delta,” “Stop Reset” and August Wilson’s 20th Century cycle at the Kennedy Center. Her film and television credits include “Fried Green Tomatoes,” “The Fighting Temptations,” “Dorothy Dandridge,” the Netflix series “Luke Cage,” HBO’s “Show Me A Hero,” for which she received a NAACP Image Award Nomination for Best Supporting Actress, “Grey’s Anatomy,” “Blue Bloods,” “U.S. Marshalls,” “Freedomland,” “Losing Isaiah,” “Malcolm X,” “Mother and Child,” “The Watson Go to Birmingham” and Sidney Lumet’s critically acclaimed “100 Centre Street.” She was the narrator for the award-winning documentary on Lorraine Hansberry, “Sighted Eyes/Feeling Heart.”  Richardson Jackson and Jackson are the proud producers of the internationally awarded documentary “Enslaved,” streaming now on EPIX.

During his years at Morehouse, Samuel L. Jackson as a member of the Morehouse Spelman Players, starring in “The Three Penny Opera,” “Perry’s Mission,” “The Sale” and Dr. B. S. Black.” After college he spent a decade in New York City appearing on stage at The Public Theater, The Billie Holiday Theater, the New Federal Theater and with the Negro Ensemble Company, where he originated the role of Pvt. Henson in “A Soldier’s Play.”  He created the role of Boy Willie in August Wilson’s “The Piano Lesson” and Wolfe in Wilson’s “Two Trains Running” at Yale Repertory Theatre. Widely recognized as one of the most prolific actors working, Jackson has won several acting awards around the world, including a Special Best Supporting Actor Award of Excellence at The Cannes Film Festival for “Jungle Fever” – a Spike Lee Joint!  He has a BAFTA  Award, numerous NAACP Awards, three Golden Globe nominations, and the Academy Award nomination as Best Supporting Actor for “Pulp Fiction.” He has been named the highest grossing actor of all time. He has appeared in more than 100 films, including “Star Wars,” “Coming to America,” “Do the Right Thing,” “The Hateful Eight,” “Snakes on A Plane,” “Glass,” “A Time to Kill,” “Eve’s Bayou,” “Shaft,” “The Banker,” and as Nick Fury for the Disney Marvel franchise. Jackson was the narrator for the acclaimed documentary “I Am Not Your Negro,” based on the writings of James Baldwin and he has also lent his voice to memorable advertisements, video games, audio books, and animated films like the “Incredibles” series.