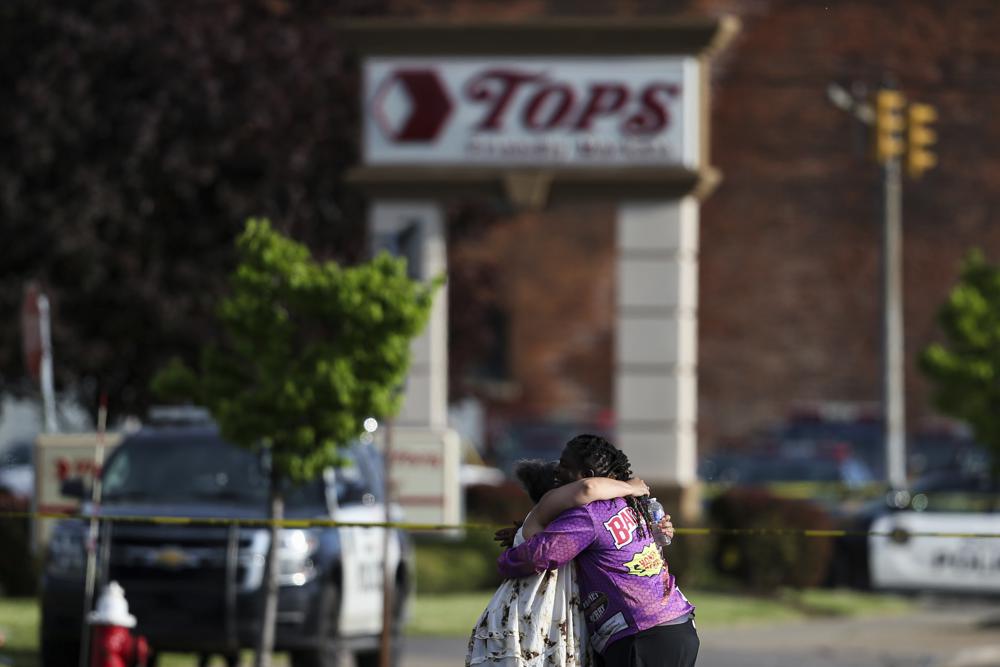 By CAROLYN THOMPSON BUFFALO, N.Y. (AP) — Shoppers out on a weekend afternoon and a retired police officer working as a security guard were among the 10 shot and killed at a Buffalo supermarket by a white teenager who authorities say was motivated by racial hatred.

Police said Payton Gendron shot, in total, 11 Black people and two white people Saturday in a rampage at the Tops Friendly Market that the 18-year-old broadcast live before surrendering to authorities.

Also killed was Ruth Whitfield, 86, the mother of retired Buffalo Fire Commissioner Garnell Whitfield who told the Buffalo News that his “mother was a mother to the motherless.”

“She was a blessing to us all,” he added.

Katherine Massey, who had gone to the store to pick up some groceries, also was killed, according to the newspaper.

It wasn’t immediately clear why Gendron had traveled about 200 miles from his Conklin, New York, to Buffalo and that particular grocery store, located in a predominantly Black neighborhood, but screenshots purporting to be from the Twitch broadcast appear to show a racial epithet scrawled on the rifle used in the attack, as well as the number 14, a likely reference to a white supremacist slogan.

“This was pure evil. It was (a) straight up racially motivated hate crime from somebody outside of our community, outside of the City of Good Neighbors … coming into our community and trying to inflict that evil upon us,” Garcia said.

Twitch said in a statement that it ended Gendron’s transmission “less than two minutes after the violence started.”

The massacre sent shockwaves through an unsettled nation gripped with racial tensions, gun violence and a spate of hate crimes. In the day prior to the shooting, Dallas police said they were investigating a series of shootings in Koreatown as hate crimes. The Buffalo attack came just one month after another mass shooting on a Brooklyn subway train wounded 10 people and just over a year after a mass shooting in a Colorado supermarket killed 10.

Gendron, confronted by police in the store’s vestibule, put a rifle to his neck but was convinced to drop it. He was arraigned later Saturday on a murder charge, appearing before a judge in a paper gown.

A law enforcement official told The Associated Press that investigators were looking into whether he had posted a manifesto online. The official was not permitted to speak publicly on the matter and did so on the condition of anonymity.

Buffalo police declined to comment on the document, circulated widely online, that purports to outline the attacker’s racist, anti-immigrant and antisemitic beliefs, including a desire to drive all people not of European descent from the U.S. It said he drew inspiration the man who killed 51 people at two mosques in Christchurch, New Zealand, in 2019.