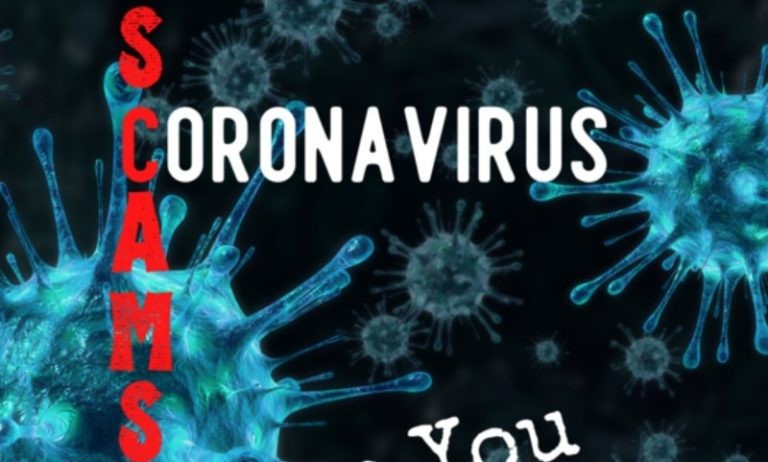 Government officials, law enforcement officers and civic leaders held a virtual meeting Thursday to discuss the growing problem of COVID-19 related fraud. According to Federal Trade Commission (FTC) officials, scammers have adapted their schemes around the coronavirus. This can be everything from fake COVID-19 tests, fraudulent job opportunities to price gouging and advance-fee scams.

Kelli Catlett, chief deputy district attorney at Riverside County District Attorney’s Office, said the top three legal violations she had noticed were price gouging, counterfeit COVID tests and businesses remaining open during the shutdown. She also pointed out that any essential item sold for 10 percent over its pre-pandemic price could result in a price-gouging charge. Catlett said that during the early days of the pandemic she saw people selling disposable masks, which cost about 50 cents, for $15.

Monica Vaca, associate director for the Division of Consumer Response and Operations in the
FTC’s Bureau of Consumer Protection, said her office had witnessed an increase in complaints about people ordering Personal Protective Equipment online and then never receiving the goods.

“That is the no.1 reported scam in Riverside/San Bernardino (counties,)” said Vaca.

She said the FTC also sees more fake cheque schemes, where the victim is sent a fraudulent cheque and asked to cash it, targeting young people.

She added consumers have lost $146 million from COVID-related fraud.

According to Vaca, awareness is an important way to fight against these schemes.

“People are far more likely to avoid a scam if they’ve heard about that specific scam,” she said. “That’s one reason why the Federal Trade Commission is out there sharing this information.”

According to Monica Segura, director of the Federal Trade Commission’s Western Region Los Angeles, government programs such as the stimulus package have created new opportunities for scam artists. She has heard cases of criminals posing as government employees, who demand up-front payment in return for stimulus money.

“The upfront fee is a red flag,” she said.

Segura added that her agency has taken action against several California companies that had sold products claiming to cure the coronavirus. According to Segura, the FTC has targeted more than 270 companies selling fake cures with cease and desist letters.

However, financial crimes are not just being monitored by federal agencies. The California Department of Justice is also watching for fraudulent activity. According to Nick Akers, senior assistant attorney general in charge of the Consumer Law Section of
the California Department of Justice, the downturn in the economy has caused many people to lose their jobs. More people are trying to retrain and improve their skills for the job market.

Akers warned that this can make them targets of for-profit colleges that often practice predatory lending.

“They are able to invest in millions in marketing,” said Akers. He also cited the example of Corinthian Colleges, which was eventually shut down by the government for inflating its job placement rate, graduation rates and targeting veterans.

“Many end up saddled with loans they couldn’t afford,” said Akers. He urged people looking for new training to look into more affordable programs such as community colleges and union apprenticeship programs.

“Stop and think hard before you take out loans to fund your education,” said Akers.

During his presentation, Bill Murdoch, an FBI agent who investigates financial crimes, pointed out how fraudsters are adapting to reach people by using new technologies and new platforms. They’ve moved from letters to phone calls and then the Internet. Now they’re targeting people with text messages. He showed messages he had received promising $103 to pick up an Amazon package.

Murdoch said these links could lead to downloading malware on your phone.

According to Luz Gallegos, executive director of TODEC Legal Center, a group that supports immigrants, the coronavirus pandemic has created a whole new set of scams targeting undocumented immigrants. She talked about an immigrant family who lost thousands to a company, who promised to transport the body of a family member, who died from the coronavirus, back to his home country. The company ended up taking the family’s money and disappearing.

“The community keeps getting preyed on by these people who don’t have a conscience,” said Gallegos.

The public can report financial scams to FTC.gov/complaint.