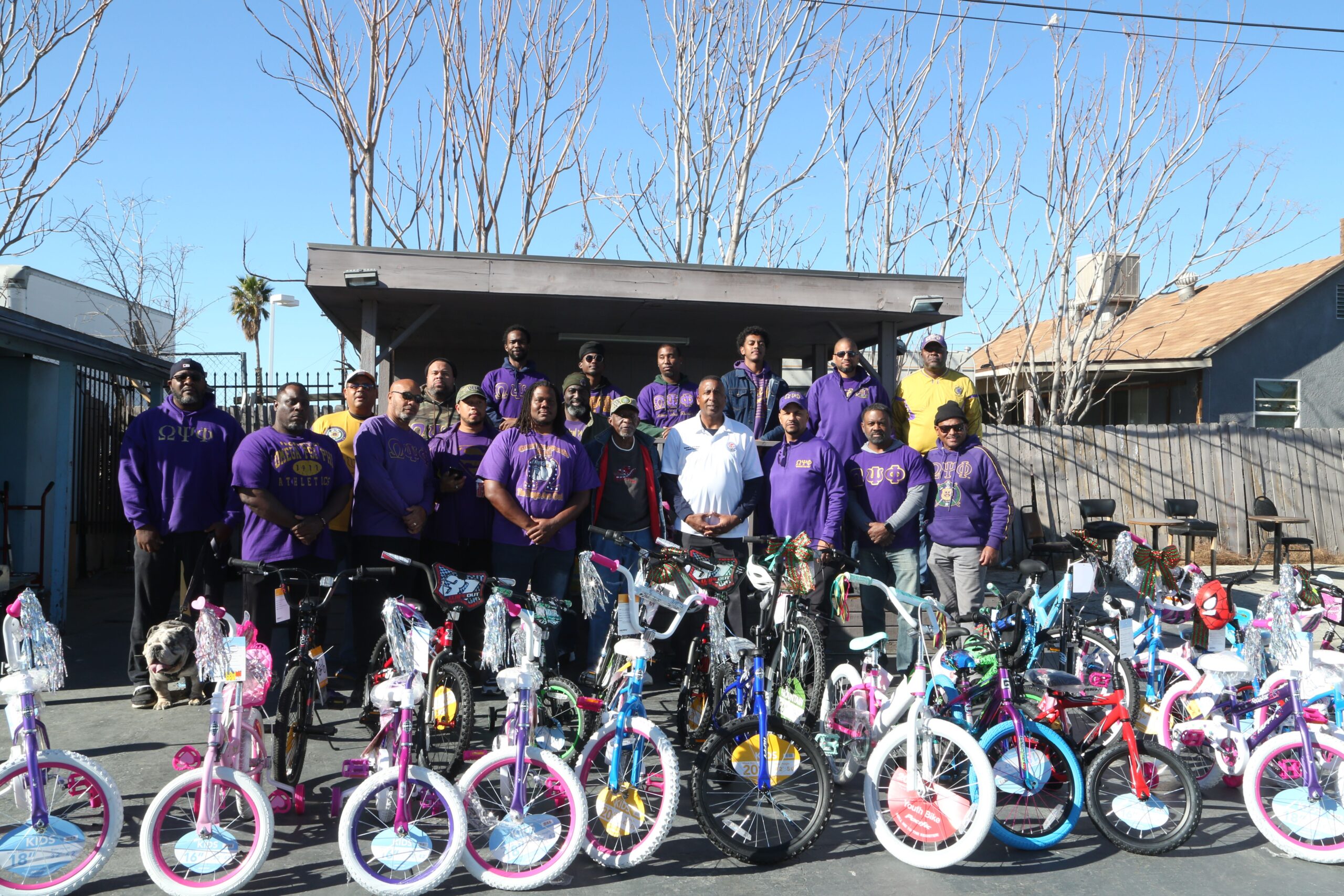 Omega Man Maurice Mansion’s father started this event and Mansion and his family have been donating bikes and time to this event ever since then. The youth comes from the surrounding area and are mostly from impoverished and needy backgrounds. At the party, each youth is traditionally given a toy, a bag of candy and a raffle ticket to win a bike. This year each family was given a bike and each child had serval toy items. Also the youth is provided with a hotdog, a bag of chip and a drink for lunch. The Men of Omega provided assistance in setting up the event, crowd control, helped pass out gifts and food and talk  and serve as role models to the young people.

The presence of the men gave a great backdrop to a picture of a group of professional black men giving uplift to their community. A few of the members of the fraternity provided entertainment with a step show. This is a musical dance and chant that is familiar with fraternities and sororities. Many in the audience enjoyed this amazing feat and joined in the excitement. Toddlers and seasoned matured adults could be seen moving with the music. Many of the brothers in the fraternity had big smiles on their faces and a look of contentment as they saw the gratefulness and happiness seen on the faces of the kids. The spirit of Christmas was in the atmosphere. Members of the American Legion were overwhelmed with the attendance and support of the black men organization. One member of the fraternity said, “we have to give back to our community because we are a part of the community. If we don’t give back, who will?”

Gevale Ashford, Basileus of the San Bernardino Chapter, vowed to mandate the chapter to be annual sponsors of this annual event. The chapter will be able to demonstrate the national fraternity’s four cardinal principles which are Manhood, Scholarship, Perseverance and Uplift. The fraternity were satisfied that they were able to enhance the elations given to the young people and their families during this holiday season.