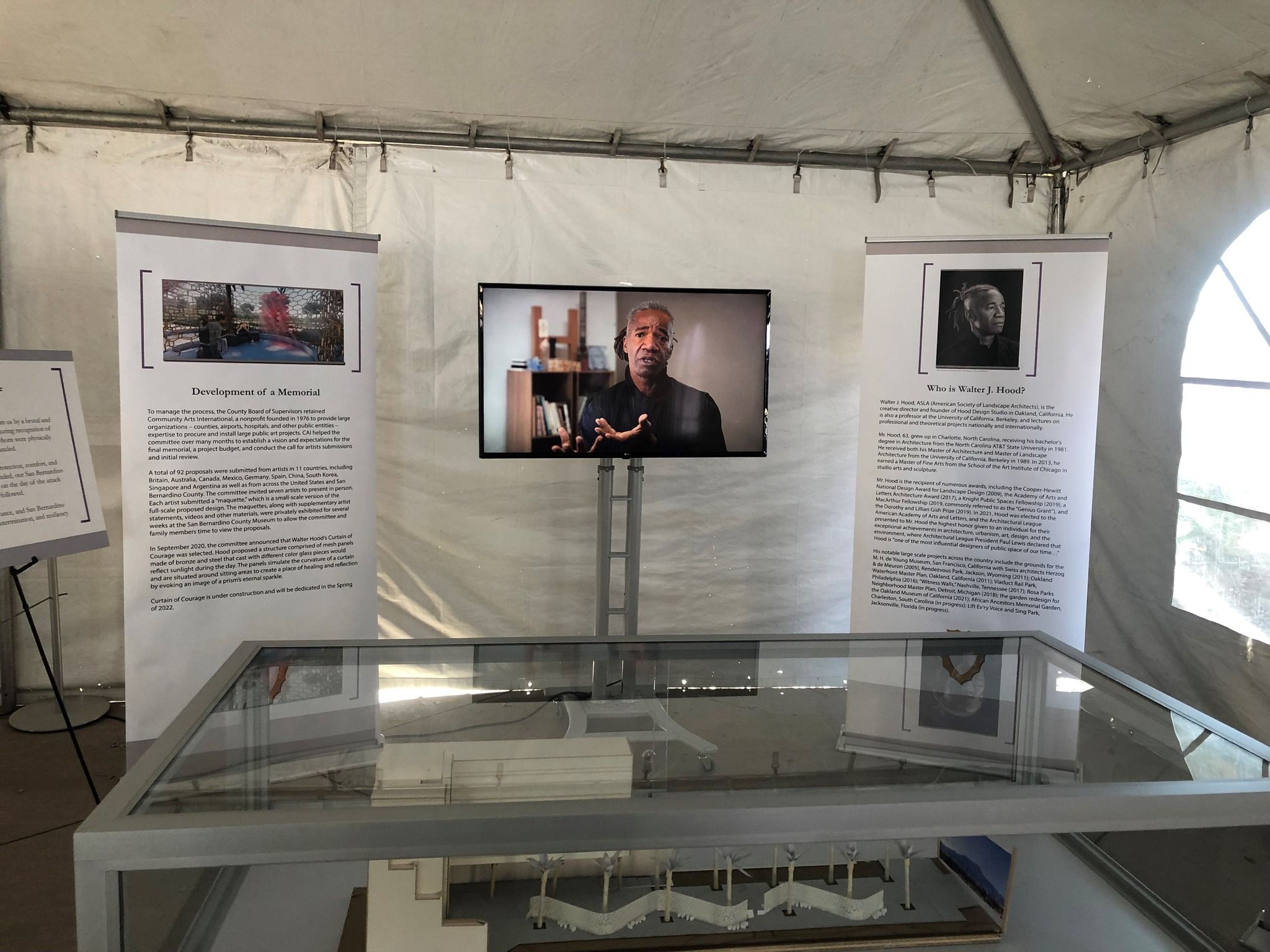 San Bernardino, CA — The San Bernardino Museum is hosting a display of the proposed memorial for the 2015 mass shooting at the Inland Regional Center. The museum display runs through Dec. 19. Dec. 2 was the sixth anniversary of the event.

The terrorist attack was carried out by married couple Syed Rizwan Farook and Tashfeen Malik. The attack killed 14 and injured 22 people. According to the FBI, the couple was radicalized by online content. Farook worked at the San Bernardino Public Health Department and targeted a health department event. The couple was killed in a shootout with police. An FBI investigation of the couple’s Redland home discovered more guns and thousands of rounds of ammunition.

The museum display will give viewers a look at the final version of the memorial. It is expected to open in the spring of 2021. The memorial will cost $1.3 million, according to a press release. The memorial’s final site will be at the county government building on N. Arrowhead Ave. in San Bernardino.

The memorial is called “Curtain of Courage” and will feature 14 alcoves representing each person killed in the terrorist attack. It was designed by Oakland artist Walter Hood.

The memorial will also feature messages in three languages (English, Spanish and Vietnamese) and honor first responders who defended against the attack.

“The family members (on the committee) wanted to make sure we honored those who died, the survivors and also the first responders,” said Felisa Cardona, a founding member of the Dec. 2 Memorial Committee.

According to a press release, committee members studied other memorials when planning the site. They looked for inspiration from the memorials of the 9/11 terrorist attack and the Columbine High School and Mother Emanuel African Methodist Episcopal Church mass shootings. Committee members also spoke with survivors of the Aurora movie theater shooting.

Cardosa was working at the San Bernardino County Government Center on the day of the attack.

“That day was just, you know, just a horrible day and it was just overwhelming,” she said. “It was a terrible time for all of us. Because I’ve been there since the beginning, I’ve kind of known how people felt, what they were thinking.”

Another committee member, Robert Velasco, lost his daughter during the attack.

“Anybody else who’s never been in a situation like this, it’s hard to explain to them,” said Velasco in a press release. “The pain and everything, it doesn’t go away.”

Velasco added that it was important that the memorial be established to not forget the tragedy.