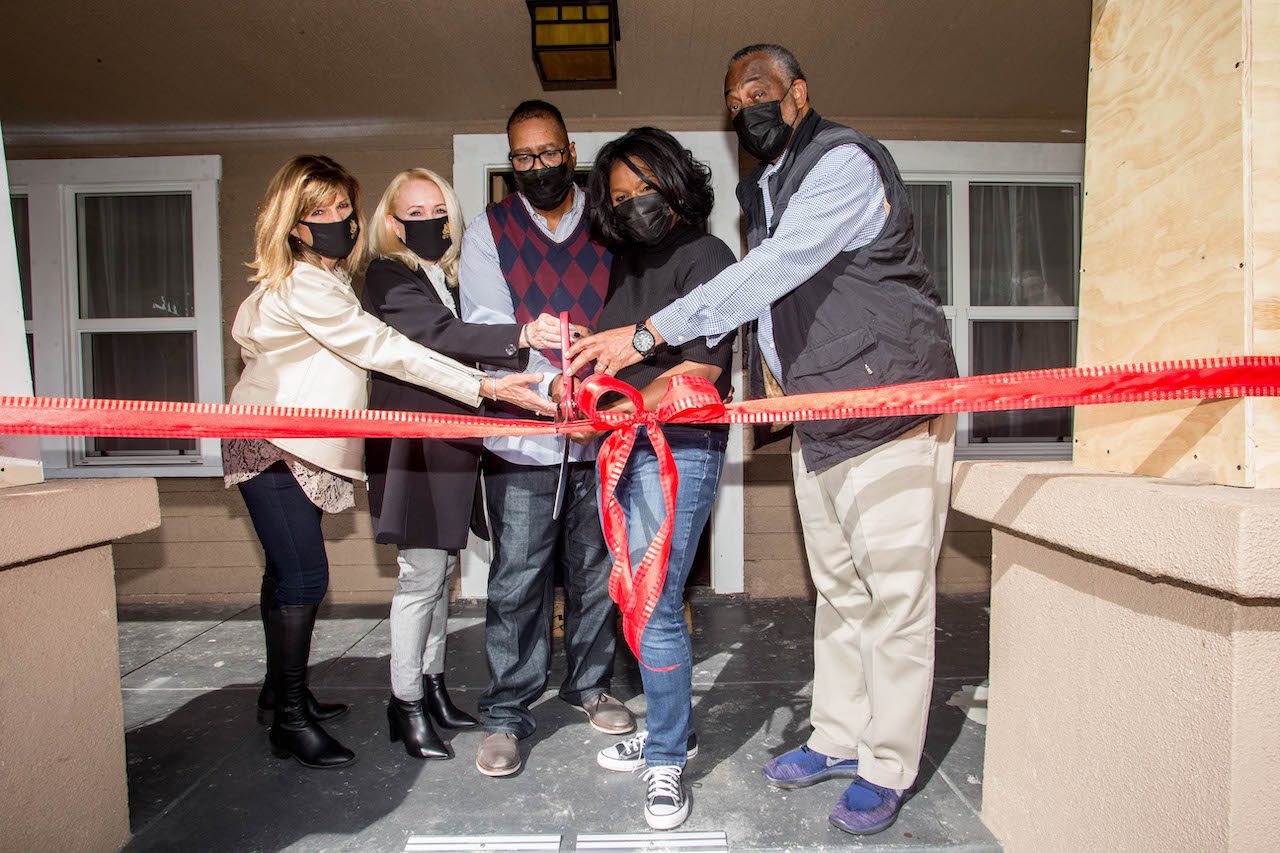 Los Angeles, CA — Kimberly Anthony-Morrow, and her husband Tommy Morrow, have opened the Sheppard’s Nest, a housing program that serves senior women over the age of 60 in Los Angeles, CA.

The home provides a much-needed housing services in Los Angeles, where rental costs often outpace the commiserate incomes. It was out of a burning desire to aid and support seniors that the Sheppard’s Nest was conceived and finally realized.

According to a Newsweek article that quoted data from Zillow, Los Angeles was the 11th most unaffordable place to live in the United States. The article also stated the average cost of a one-bedroom apartment in L.A. is more than $2,100 per month and estimates local residents spend 33 percent of their income on rental costs.

This situation is even worse for people living on a fixed income.

“From 2012-2017 the average rent in Los Angeles increased at three times the rate of the cost-of-living adjustment for Social Security income,” said Anthony-Morrow in a promotional video from their website, www.SheppardsNest.org “and twice the rate of the medium income for seniors.”

She added that this has created a severe shortage of affordable living for senior citizens.

The Sheppard’s Nest Independent Living Home for senior women is named after Olivia Sheppard. Olivia was a fixture in the Los Angeles community, and provided opportunities for youth and young adults to soar in the area of music. She was well read, extending of hospitality, and a professional musician. This Los Angeles resident had a profound impact on community issues and was involved in and supported many community organizations.

Olivia Sheppard’s home was a haven for musicians.  She used her home to provide lodging to Black performers who would come to Los Angeles to perform and couldn’t stay in white-owned hotels during segregation.

Sheppard lived to the age of 103 and resided in her home for 70 years, according to Anthony-Morrow.

Tommy Morrow said, “We had a number of occasions to visit with Ms. Sheppard and relive so many of her early experiences. We learned how much she loved her home and wanted it to be a place of respite for others. A few years after her passing, we were presented with an opportunity to purchase the home and continue the great legacy of hospitality.”

The soft opening and Ribbon Cutting was held February 15, 2021 with a limited number of attendees, due to COVID-19. Some of those who supported this project were on hand, Lynne MacVean, CEO, Mammoth Electric, Los Angeles 9th District Councilman, Curren D. Price, Amy Perez, Perez Interior Designs, Craig Stover, Partner, BactiDefence, Leonel Castellanos, Behr Paints, Pastor Arlene McCall and a few others attended and participated in the opening festivities. After the pandemic there will be an Open House for all to join in the celebration.

Sheppard’s Nest is a Women’s Independent Living, Senior Care Home, that provides residents all the comforts of home. The criteria for the application is very simple, be a woman and a senior who needs a beautiful home to live in. Sheppard’s Nest offers, hot nutritious meals, activities, a spacious common area with either a shared room or a private room.

The first resident was a senior woman who lost her home in a fire.

Before the home opened, Anthony-Morrow said that it required a lot of love. There were a number of professional craftsmen who provided the expertise to totally restore the 110-Year-Old treasure. This major restoration and repair work was done by experts and volunteers, she said.

One of the companies that donated and supported this project with its services was Mammoth Electric, a commercial electrical contracting company from Orange County. According to CEO Lynne MacVean, Mammoth did all the electric work on the house. She said the project lasted several months.  We enjoyed working on such a worthwhile project, she said.   “We like to give back to the community,” MacVean said. “This is a project close to my heart.”

MacVean also helped raise money for the Sheppard’s Nest through a week-long fundraising event held in conjunction with the National Association of Women in Construction (NAWIC.)

During a promotion video, Anthony-Morrow also thanked all the construction and trade professionals who donated their time and services towards the completion of this project.

“We’re thankful for all the professionals who helped,” she said.

Anthony-Morrow said it’s the first time she’s been involved in this kind of major restoration project, but she’s eager to do another one.

“It’s become a labor of love,” she said.

She is eager to create a similar project to serve foster children.

Anthony-Morrow also said that she hopes this project would be the first of a “network of homes in Los Angeles, San Bernardino, Orange and Riverside counties.”