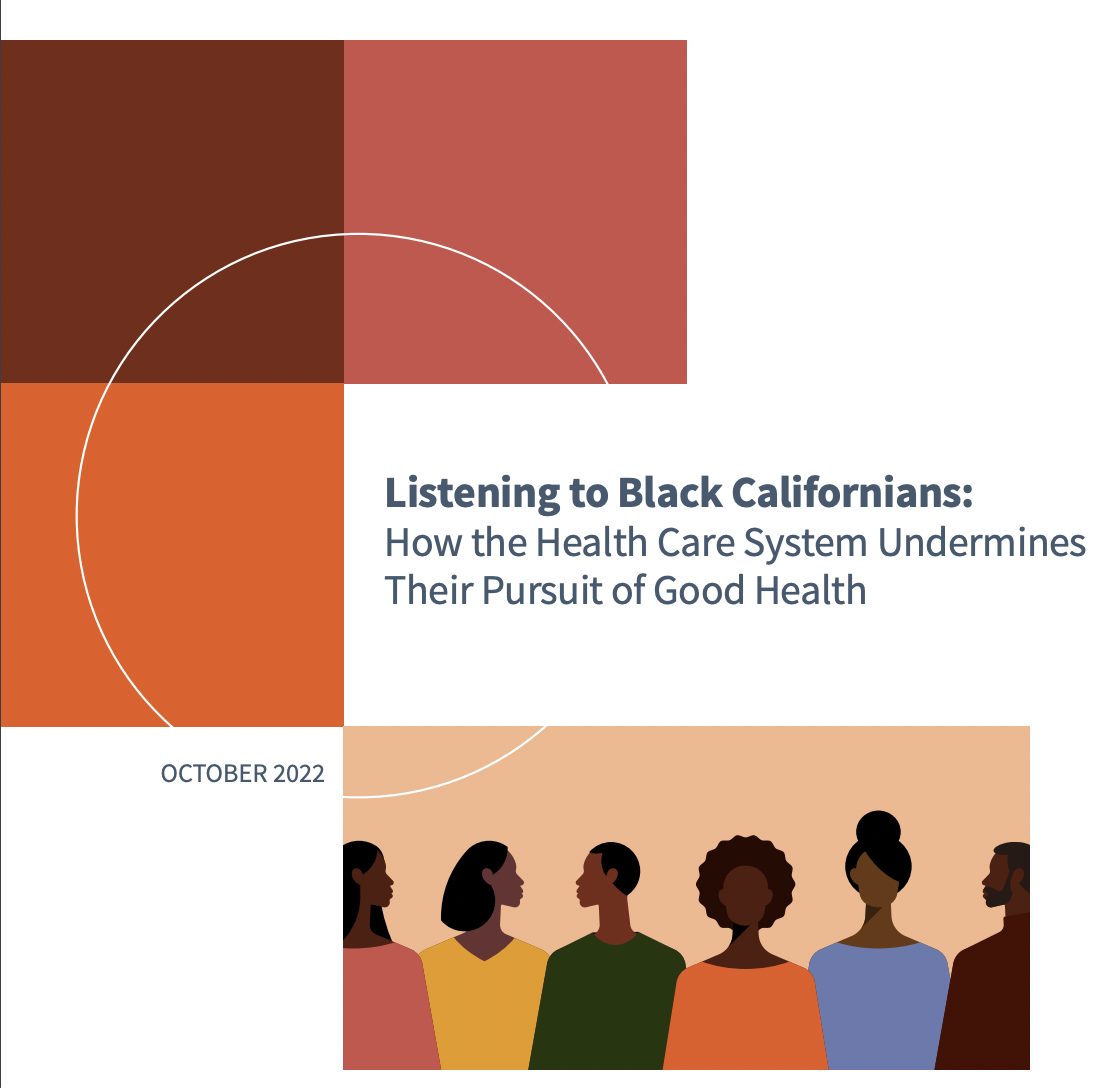 The California Health Care Foundation (CHCF) has released a study that found Black Californians are highly engaged with their health care, are active in advocating for their health and have strong and clear opinions about how the healthcare system can be improved.

“I think it’s surprising because of the pervasive myths about noncompliance among black patients” said Shakari Byerly, managing partner of EVITARUS, a Los Angeles based Black-owned public opinion research firm who designed, conducted and analyzed the research. “The fact is that our traditional foods may not be as healthy. While that may have some degree of anecdotal resonance, what we’re seeing broadly is that people are working very hard.”

The study was staged in three different phases intended to get varying levels of insight from different cohorts of Black Californians.

Phase one consisted of hourlong interviews with 100 individuals to understand their views on health, perceptions of discrimination, and their vision for an ideal healthcare system.

In Phase Three, 3,325 Black Californians were surveyed to determine how well the findings in phases one and two captured

and represented the views of the general population of Black Californians.

The data that was collected showed that 90% of Black Californians say that they have health insurance coverage, and 92% of respondents said that they have seen a doctor or healthcare provider in the last year. Most people reported putting “a great deal” or “quite a bit” of effort into getting screenings and preventative care, tracking health indicators like blood pressure and cholesterol, and working to maintain a healthy weight. Four out of five reported focusing “a great deal” or “quite a bit” on mental health.

One in three Black Californians and nearly half (47%) of Black women say they experienced inadequate treatment for pain by their health care provider. “We’ve heard story after story of Black women in particular, talking about not being believed, having their pain and agony inadequately treated,” Byerly said.

The study found that Black Californians have clear opinions on how to improve the health care system. Strong majorities (75%<) expressed that it is extremely important or very important to increase Black representation among health care leadership and in the healthcare workforce. The majority in

each age group said that it was at least somewhat important to have a Black or African American Doctor. According to data released by the American Medical Association, 10% of medical school matriculants in 2021 self-identified as Black, or a combination of Black and Asian, Hispanic, or White.

“There needs to be additional support. Financial support. Upfront financial support, for those who want to be doctors. In nursing there’s also a need for financial support, but there’s also not a standard for advising people about the most efficient, most successful pathways to nursing careers… That’s a problem that can be corrected,” CHCF senior program officer Katherine Haynes told California Black Media. “There is another issue and this has to do with the environment in which physicians and nurses practice… just as patients experience racism, providers experience racism, and they experience it from their peers, from their supervisors from patients…building practices of reporting those instances of racist treatment need to be made more robust so that a system is created in which providers of color can do their best work for patients. That means having zero tolerance for racist behavior in our healthcare institution.”

The survey indicated that Black Californians believe that there should be an expansion of community-based education to teach about how to access health care options and an increase of B lack community health care advocates. They believe that there should be accountability for providing equitable care using financial and accreditation incentives, and through additional training to providers.

More than 80% of the survey respondents said that they are very satisfied or somewhat satisfied with their main source of healthcare. Satisfaction rates were inversely related to age.

“When you look at elders 65 and older, and really 75+, they are the sickest, yet, they appeared most satisfied with their care…that satisfaction is in contrast to younger people who tend to go to urgent care or emergency rooms for care” said Haynes. “I suspect…that it comes from familiarity, having relationships and knowing how to use the system.”

Haynes recommended one solution. “You can report it to your health plan. You can return it to the state licensing board. You can contact the Department of Managed Health Care, which oversees health plans and to the Office of the Patient Advocate. Those are those your rights,” said Haynes. “I will tell you that if you file a grievance versus a complaint, it poses legal liability and so those things that rise to that, or look like they might rise to that, are much more likely to get a response from a health care system.”

You can read the whole report here.