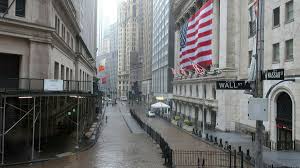 Nationwide — Federal Reserve Chair Jerome Powell indicated that aid to small businesses and support for the unemployed should be prioritized if Congress were to reallocate money away from backstopping the central bank’s emergency-lending programs.

Powell, responding during Congressional testimony to a question from Louisiana Republican John Kennedy, said an expansion of the Paycheck Protection Program and “something more” for Americans who have lost their jobs because of the coronavirus pandemic would have the greatest economic impact.

Powell also estimated that the Main Street Lending Program could have $10 billion to $30 billion in loans outstanding by the end of the year. That underscores how the facility, unless significantly redesigned, won’t soon come close to the $600 billion capacity initially envisioned.

Under the Cares Act passed by Congress in March, U.S. lawmakers appropriated $454 billion to act as a buffer against losses for the Fed’s multiple emergency-lending programs. About $215 billion of that has been allocated to specific programs, like Main Street. More than $200 billion remains unallocated, and several of the programs appear no longer in need of backstops because of their success in calming short-term credit markets.

The Main Street program has come in for criticism for failing to deploy enough credit to small- and mid-sized companies. Eric Rosengren, president of the Boston Fed — which administers the facility — said Wednesday that as of Sept. 21, Main Street had purchased $2 billion of loans and was examining another $2.4 billion made by banks under the program.

Powell appeared Thursday before the Senate Banking Committee alongside Treasury Secretary Steven Mnuchin, a quarterly exercise to report to Congress on the Cares Act. The law made $2 trillion available to help speed a U.S. recovery.

The pair were also grilled about what more could be done to aid the economy and each said they favored more fiscal action.

Republicans and Democrats have been at an impasse over another fiscal package for months, with formal talks having stopped in early August. Democratic congressional leaders are demanding a comprehensive $2.2 trillion bill.

There’s bipartisan support for additional loans to small businesses through the Paycheck Protection Program that is targeted to hardest-hit businesses, Mnuchin said in the hearing.

President Donald Trump has signaled interest in a $1.5 trillion proposal from a bipartisan group of House lawmakers, though Republican senators have warned that some in their caucus couldn’t back something so large. A scaled-down Senate Republican bill offering about $650 billion in aid was blocked by Democrats.

Prospects for another round of economic support have also dimmed this week amid spiraling partisan tension over the battle to replace Supreme Court Justice Ruth Bader Ginsburg, with just weeks remaining before the U.S. election.