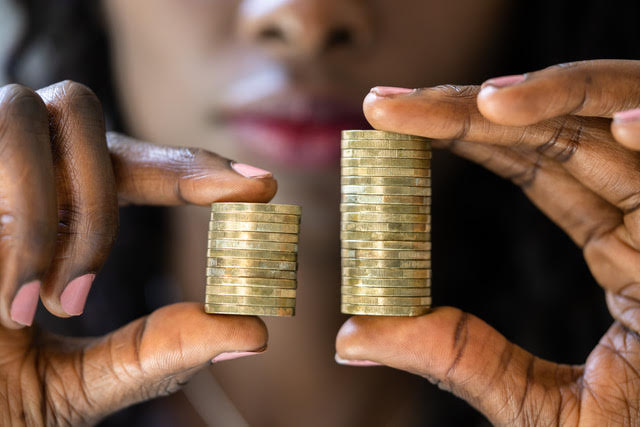 On Equal Pay Day last week, First Partner of California Jennifer Siebel Newsom addressed the gender and race wage gap in the U.S. and the state, as the federal government announced similar plans.

“In [California], we have some of the strongest pay laws in the nation, but women still earn just $.86 on the dollar and that number plummets for women of color,” said Newsom.

The American Association of University Women (AAUW) estimates that women in

the U.S. earn 83 cents to every dollar that men earn.

That gap gets wider for women of color, according to the U.S. Department of Labor.

According to the AAUW, Black women earned 58 cents for every dollar White men made in 2019.

In 2019, the AAUW estimated that Black women, on average, were paid about 63% of what white men were paid.

To throw light on the specificity of this discrepancy, AAUW designates Sept. 21 as Black Women Equal Pay Day.

“While sexism and racism are distinct forms of discrimination that manifest differently, their effects are compounded when a person experiences both at the same time.

According to the U.S. Department of Labor, women earn less than men on average in nearly 350 different occupations.

Department of Labor Chief Economist Janelle Jones wrote that educated Black and Brown women are representative of this estimate.

“This is a big problem, but we actually know how to fix it,” said Wendy Chun-Hoon, director of the Women’s Bureau of the Department of Labor.

The Department of Labor plans to limit the use of prior salary history in the hiring process, which they hope will help to close the gender gap and balance the pay-setting for federal employees.

Additionally, the White House announced that President Biden will sign an executive order focused on the same goals regarding employment decisions by federal contractors.

“By looking at things like salary history, what’s really underneath that is the fact that women are concentrated into some of the lowest paying jobs in our economy,” said Chun-Hoon.

The White House’s second area of concern is the effect of occupational segregation on women’s economic security.

Occupational segregation, according to Chun-Hoon, is concerned with where women work and how some of those jobs tend to be valued at a lower rate.

“By looking at things like salary history, what’s really underneath that is the fact that women are concentrated into some of the lowest paying jobs in our economy,” said Chun-Hoon.

She mentioned that the effect occupational segregation has on gender wage disparities also affects race wage disparities, as is the intersectional nature of earning inequality.

The goal, according to Chun-Hoon, is to make investments in occupations often filled by women — such as education and health care — to bridge the gap.