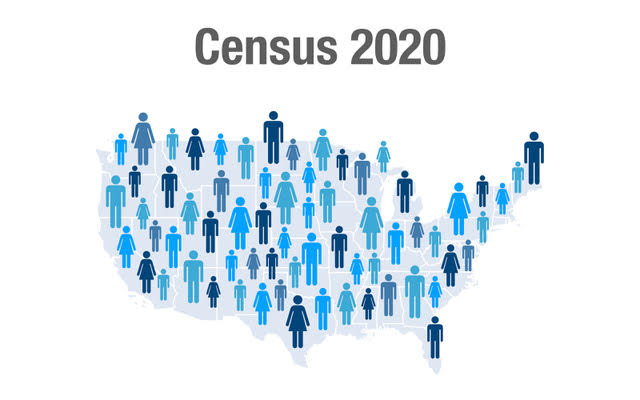 The new numbers — which drill down to provide demographic information at the county, city and block levels — reveal that California is more multiracial, more urban and facing population shifts that will likely lead to redrawing the boundaries of the state’s congressional and legislative districts.

Based on estimates the Census Bureau released in April, California is already losing a seat in the United States House of Representatives for the first time in the state’s 171-year history, bringing the state’s congressional delegation down to 52 members. That loss of one seat will also equate to a decline in the amount of federal funding California receives every year.

Since August of 2020, the 14 members of the California Citizens Redistricting Commission have been working on the once-in-a-decade project of redrawing the lines of the congressional, state Senate and Assembly and State Board of Equalization districts. There are five Democrats, five Republicans and four people who are not members of either party serving on the commission.

“The redistricting data provides population counts as well as well as demographic characteristics of ethnicity, race and voting age at all levels of geography,” said James Whitehorne, chief, Redistricting and Voting Rights Data Office, U.S. Census Bureau. “While the primary purpose of these data is for states to redraw their districts, these statistics will also tell us how many people live in each city, each county and each block.”

Those numbers also determine how – and how much — state and federal funding will be allocated to counties and cities in the state.

Based on the numbers, most of the changes coming to the state’s legislative districts are expected to happen where there has been population increases, slow growth or a loss of residents – areas in the rural northernmost regions of the state and in Southern California counties around or below Los Angeles.  Growth across the Los Angeles area, for example, over the last 10 year has been slow, but some cities like Irvine in Orange County are now among the fastest-growing in the country.

Over the last 10 years, the complexion of California has changed significantly. Driven mostly by population growth among Hispanics, the state joined Hawaii, the District of Columbia and New Mexico as places in the United States where Whites are no longer the majority. The state’s Hispanic population grew from 37.6% in 2010 to 39.4 % in 2020 while the White population dropped from 40.1% to 34.7%.

California is also the second most diverse state after Hawaii, according to the Census Bureau.

“As the country has grown, we have continued to evolve in how we measure the race and ethnicity of the people who live here,” said Nicholas Jones, director and senior advisor of Race and Ethnic Research and Outreach, Population Division, U.S. Census Bureau.

The Census Bureau implemented a significant change to the 2020 census data collection. It used two separate questions to gather an additional layer of ethnic information besides the usual inquiries on race and Hispanic origin. For example, if a participant identified as Black or African American, there was also an option to specify nationalities like Jamaican, Haitian, Nigerian, Ethiopian Somali, etc.

“The improvements we made to the 2020 census yield a more accurate portrait of how people self-identify in response to two separate questions on Hispanic origin and race. Our analysis of the 2020 census results show that the US population is much more multiracial and more racially and ethnically diverse than what we measured in the past.”

Across the United States, the results showed that the White population remained the largest in the country at 204.3 million with an additional 31.1 million identifying as mixed in combination with White. The multiracial population comprised the second highest population for the first time at 49.9 million alone or combined, surpassing the Black or African American population at 46.9 million.

There were several other notable findings shared by the bureau during the presentation. The US Population is currently 331.4 million people, an increase of 22.7 million over the past 10 years. The 7.4% increase is the second lowest growth rate in history.

Overall, national population growth was centered around urban areas over the last 10 years. California is home to 3 of the top 10 largest cities in the country. San Jose stands at number 10 with a population of 1.01 million (a 7.1% increase), San Diego is at number 8 with 1.4 million people (a 6.1 % increase), and number 2 on the list is Los Angeles with 3.8 million residents (a 2.8 % increase).

For the first time ever, all cities in the top 10 (with the highest populations) have over 1 million people.

According to the Census Bureau this first release of local redistricting data is in a legacy format that will be easier for experience data analysts to navigate.

In September, we will release the exact same data in a far more user-friendly format that people are familiar with and will allow for easier searching,” said Jones.