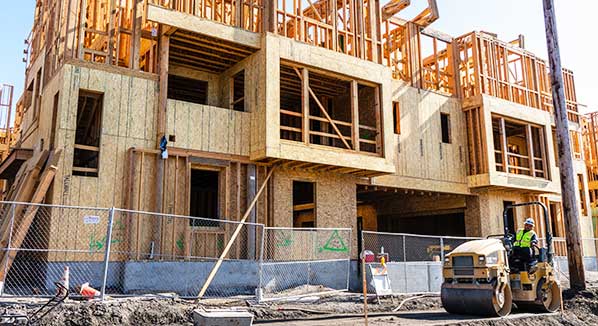 To advance housing access, affordability, and equity, California Attorney General Rob Bonta announced earlier this month the creation of a Housing Strike Force. The team, housed within the California Department of Justice (Cal DOJ) has been tasked with enforcing California housing laws that cities across the state have been evading or ignoring.

The strike force will conduct a series of roundtables across the state to educate and involve tenants and homeowners as the state puts pressure on municipalities failing to follow housing rules and falling short of housing production goals set by state.

“California is facing a housing shortage and affordability crisis of epic proportion,” Bonta said. “Every day, millions of Californians worry about keeping a roof over their heads, and there are too many across this state who lack housing altogether. This is a top priority and a fight we won’t back down from. As Attorney General, I am committed to using all the tools my office has available to advance Californians’ fundamental right to housing.”

The Housing Strike Force will take “an innovative and intersectional approach” to addressing the housing crisis, focusing on tenant protections, housing availability and environmental sustainability, housing affordability, and equitable and fair housing opportunity for tenants and owners.

Bonta also launched a Housing Portal on the Cal DOJ’s website with resources and information for California homeowners and tenants.

“California has a once-in-a-generation opportunity to address its housing crisis. Thanks to the historic $22 billion housing and homelessness investments in this year’s budget. But it’ll only work if local governments do their part to zone and permit new housing,” Gov. Gavin Newsom said. “The Attorney General’s emphasis on holding cities and counties accountable for fair housing, equity, and housing production is an important component to the state’s efforts to tackle the affordability crisis and create greater opportunities for all Californians to have an affordable place to call home.”

According to the National Association of Real Estate Brokers (NAREB), the level of Black ownership nationally has decreased below levels achieved during the decades when housing discrimination was legal.

The 2020 census reports that there was a 29.6 % gap between homeownership rates for African Americans and Whites. Homeowners accounted for 44.6% of the Black population as compared to 74.2% for Whites.

“Blacks have made little, if any, strides at closing the homeownership gap. Systemic discriminatory regulations and policies continue to thwart any meaningful effort at increasing Black homeownership,” said Lydia Pope, NAREB’s president.

In California, the DOJ reports that, over the last four decades, housing needs have outpaced housing production. It has caused a crisis that stretches from homelessness to unaffordable homes.

Despite significant effort, the DOJ stated that California continues to host a disproportionate share of people experiencing homelessness in the United States, with an estimated 150,000 Californians sleeping in shelters, in their cars, or on the street.

Bonta said that California’s 17 million renters spend a significant portion of their paychecks on rent, with an estimated 700,000 Californians at risk of eviction. High home purchase costs — the median price of a single-family home in California is more than $800,000 — have led to the lowest homeownership rates since the 1940s.

Due to decades of systemic racism, these challenges have continuously and disproportionately impacted communities of color. For example, Bonta said, almost half of Black households in California spend more than 30% of their income on housing, compared with only a third of White families.

The percentage of Black home buyers who could afford to purchase a median-priced, existing single-family home in California in 2020 was 19 %, compared to 38 %for white households, CAR stated.

“Just as the price for a single-median home reaches a new record of more than $800,000 in California, everywhere you look, we are in a housing crisis,” Bonta said during the virtual news conference on Nov. 3. “Among all households, one in four renters pays more than half of their income on rent.”

The Housing Strike Force will address the shortage and affordability crisis by enforcing state housing and development laws in the Attorney General’s independent capacity and on behalf of DOJ’s client agencies.

Newsom also signed Senate Bill (SB) 9 and SB 10 in September, legislation designed to help increase the supply of affordable housing and speed up the production of multi-family housing units statewide.

In response to SB 9, homeowner groups have formed across the state to oppose it. The groups are citing challenges they anticipate the law will bring to their communities, from garbage collection to increase risk of fires.

Livable California, a San Francisco-based non-profit that focuses on housing, is one of the groups that opposes the new laws.

“Senate Bill 9 ends single-family zoning to allow four homes where one now stands. It was signed by Gov. Newsom, backed by 73 of 120 legislators and praised by many media. Yet a respected pollster found 71% of California voters oppose SB 9,” the Livable California website points out.

“It opens 1.12 million homes in severe fire zones to unmanaged density — one-sixth of single-family homes in California,” the message continues. “SB 9 could reshape, in unwanted ways, hundreds of high-risk fire zones that sprawl across California’s urban and rural areas.”

But Newsom says the laws are urgent and overdue.

“The housing affordability crisis is undermining the California Dream for families across the state, and threatens our long-term growth and prosperity,” Newsom said in a statement Sept. 16.

SB 10 was designed for jurisdictions that want to opt-in and up-zone urbanized areas close to transit, allowing up to 10 units per parcel without the oversight of the California Environmental Quality Act (CEQA).

The Housing Strike Force encourages Californians to send complaints or tips related to housing to  housing@doj.ca.gov. Information on legal aid in your area is available at https://lawhelpca.org.