Military Vets Celebrate Bill That Would Exempt Their Pensions From Taxes 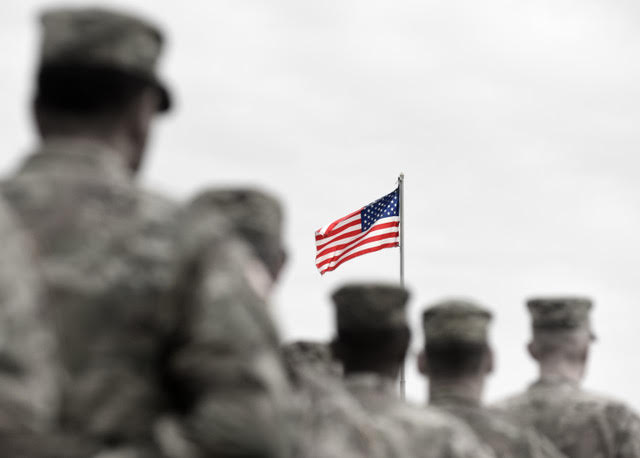 The legislation would implement a statewide tax exemption for military retirees.

Jeff Breiten, a Marine Corps veteran who lives in Redlands, says this bill would be a way to give back to service members.

“California’s military retirees appreciate the fact that Assemblyman Ramos has stepped forward to carry this bill,” said Breiten. “This legislation will not only provide a well-earned benefit to those who served our country for 20 years or more, it will also help retain and attract to California these retirees who will lend their skills during second careers in a variety of key industries and professions across the great state of California.”

Ramos, who is the only Native American in the California Assembly, introduced the bill in January along with Assemblymember Kelly Seyarto (R-Murrieta).

“Military retirees bring benefits to our state such as stability, job skills used in second careers, and federal funding,” said Ramos. “These men and women have served our nation in a variety of valuable capacities, and they and their families have frequently done so at great personal sacrifice. California needs to acknowledge the contributions more fully they make.”

AB 1623 would “require the Legislative Analyst and state Department of Veterans Affairs to produce an analysis of the tax exemption based on the number of retirees claiming it and to determine whether the tax relief has aided in the retirees’ financial security and increased the numbers of retirees choosing to remain in California,” according to the bill’s text.

Ramos noted that California is one of only nine states that fully taxes the pay of its 146,000 former service members who are military retirees.

Ramos says that he hopes AB 1623 will make California more appealing to vets, incentivizing them to move to the state and boost its economy.

The California Council of Chapters of the Military Officers Association of America (CALMOAA) has expressed support for the bill.

“Military retirees have a steady income and bring stability to the community,” said Fred Green, president of CALMOAA and a retired Navy lieutenant commander. “It should be noted that not all military retirees collect their retirement immediately. Reservists and National Guard members collect retirement at age 60. Regardless, we continue to support our community and our economy after our retirement from the military.”

As the bill is currently written, California Assembly would have until Jan. 2033 to implement the tax exemption.

“We contribute to job growth and boost sales tax revenues. Thirty states understand this and do not tax military retirement income,” Green continued. “Most military retirees pursue second careers where they utilize their training, technical skills, leadership, and knowledge. After my service in the Navy as an engineer, I became an elementary school teacher and adjunct college professor to give back to my community.”