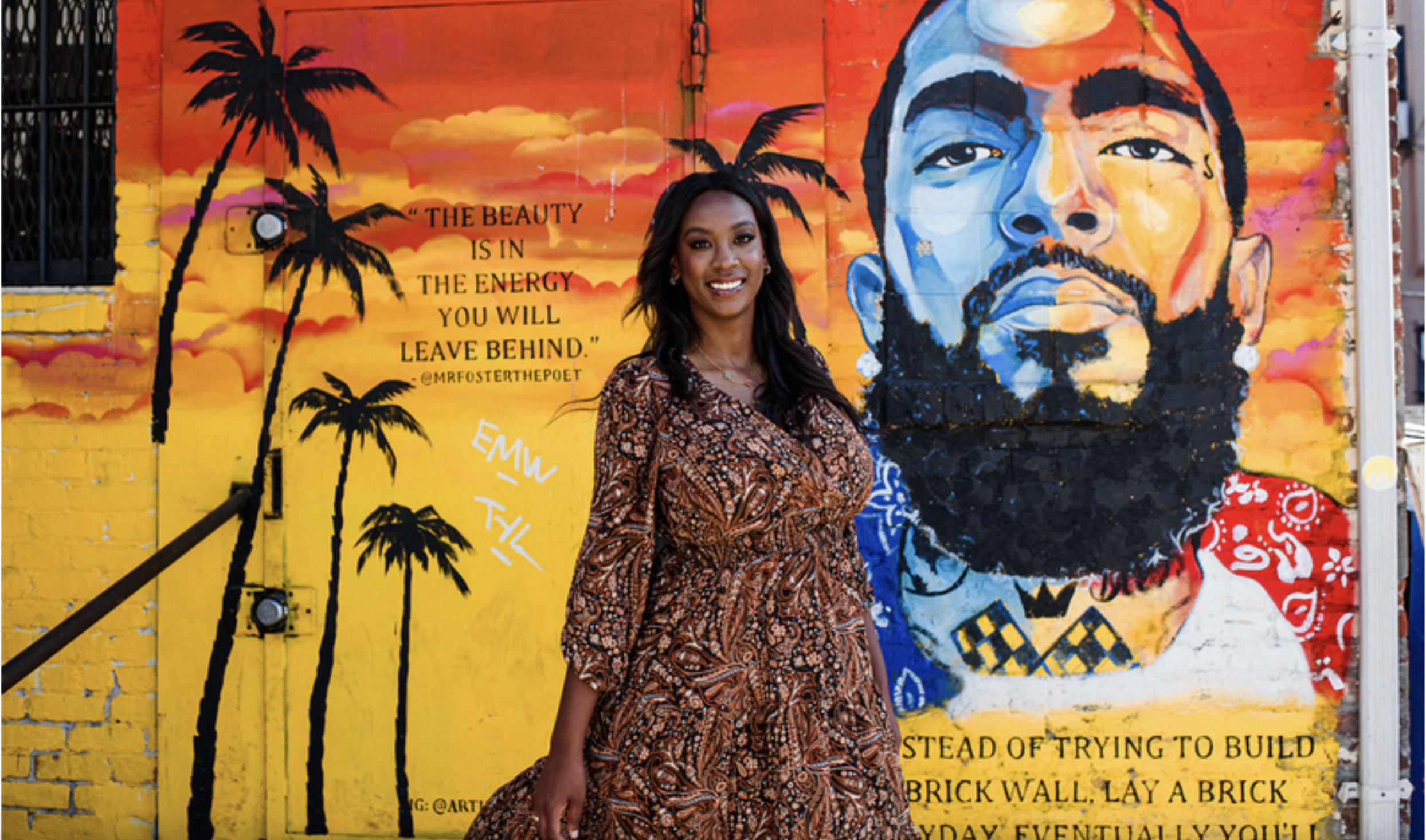 In June, California launched the nation’s first Task Force to Study and Develop Reparation Proposals for African Americans this year.

The nine-member committee was established to meet the requirements of Assembly Bill (AB) 3121, which California Secretary of State Shirley Weber authored and introduced in 2020 when she served in the Legislature.

“This is a debt that is owed, just because it hasn’t been paid doesn’t mean it goes away,” said the newly elected chair of the California reparations task force Kamilah V. Moore.

“It stems from President Lincoln’s promise to give emancipated Black people 40 acres and a mule,” Moore told California Black Media.

“But that failed with Johnson coming in after Lincoln’s assassination and taking all of that back, leaving my ancestors to fend for themselves in a country that facilitated their demise through discrimination,” she said.

As the task force chair, Moore, 29, aims to use her knowledge of domestic and international human rights to help guide the reparations push for African American descendants of enslaved people who live in California – and, perhaps, across the country.

Moore, an attorney, earned her law degree at Colombia University in New York City. Her specialization, she says, was the study of reparations.

Although she practices entertainment law in Los Angeles, Moore says she is determined to ensure that the task force proposes a package that is in accordance with international standards for reparations.

“I hope that the reparations package that comes out of this comports with international law standards,” said Moore.

With her deep knowledge of international law, Moore hopes that reparations for African Americans in California will follow the international guidelines provided by the United Nations Human Rights Office of the High Commissioner. The recommendations based on the United Nations Charter offer basic protocols on reparations for victims of gross violations of international human rights law. However, the violations need to be acknowledged by the UN and other actors on the global stage. Unfortunately, the transatlantic slave trade is yet to be acknowledged as a gross violation of international human rights law, consequently, the United States is not obligated to compensate African Americans, Moore points out.

“The package must include all five forms of reparations under international law, not just one, two, or three, but all five would be the ultimate success,” Moore explained.

“The challenge is making sure that it is as comprehensive as possible. I know compensation is a tricky issue,” she said.

The members of the task force are collaborating with the California Department of Justice and several researchers to set guidelines for who will be eligible to receive reparations in the state.

Moore believes it is important for young African Americans to include their voices and perspectives in the conversations about reparations, especially since census data reveals that they make up the majority of the Black population in the US.

“There are more millennial and Gen Z Black Americans than there are Black baby boomers and people who are from the Silent Generation. So, America is increasingly becoming younger and younger. But, you know, that’s not necessarily reflected in our politics,” said Moore.

“It’s important for us to have a voice, not a marginal voice, but we should be at the center of these conversations, taking the advice and insight and working alongside our elders,” she said.

According to Moore, her experiences growing up in Los Angeles, ignited her passion for social justice. She was involved in various community service projects as a teen and young woman.

While studying at the University of California Los Angeles (UCLA) she worked with other community organizers in the University of California (UC) system to campaign for all UC schools to divest from private prison corporations and companies that do business with them. She was among the student leaders who passed a resolution that organized for UC to sell its shares in Corrections Corporation of America to security and prison management companies.

During her time at Columbia Law, she challenged the Academic Vice Provost to offer courses on reparations. Moore worked with the university’s human rights clinic to introduce classes on reparations taught by professors and experts in the field.

Moore followed up on her interest in human rights and her track record working and organizing in her community with a Master of Law degree in international criminal law from the University of Amsterdam. Her thesis focused on reparatory justice for victims of the Trans-Atlantic Slave Trade and their enslaved descendants who suffered numerous atrocities and centuries of legal discrimination.

Moore acknowledges that, for some activists, there is fatigue and impatience when she and other advocates push the country to do a deeper study on reparations. But she emphasized that a research study is an all-important first step.

She and the rest of the reparations committee intend to use the power of persuasion to help build enough public interest and support that will strengthen the legal argument for reparations across the US.

“I acknowledge the hesitancy because I have reservations, too. How many more years do we need to study? We see the writing on the wall. There’s ample documentation of the harms, but in order for the recommendations or the proposals to be as comprehensive as possible, the study has to be as well.” said Moore.

“It was a great opportunity to democratize the conversations around reparations and make it more accessible to folks because in the past 30 years or so it’s been mainly discussed in political and academic circles,” said Moore.

The young attorney is optimistic that African Americans from different backgrounds will contribute to conversations about reparations because “you don’t have to be an expert to join something new,” she said