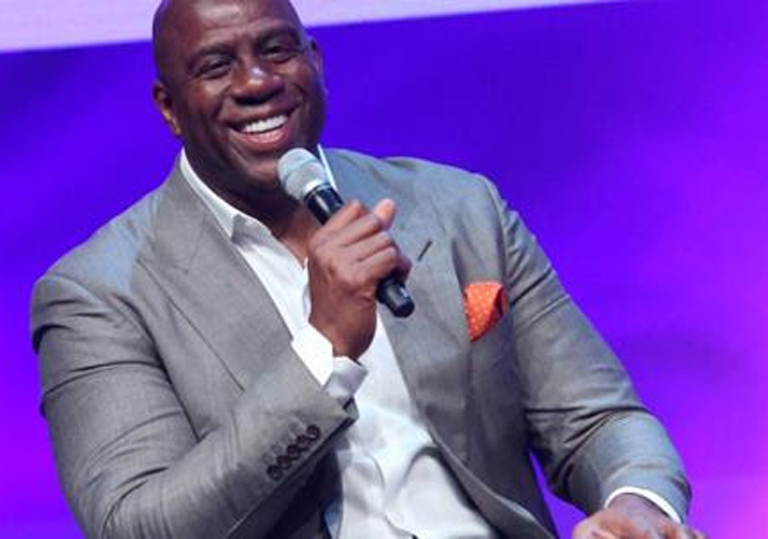 Los Angeles, CA– The federal government’s response to COVID-19 has been a mess from the top to the bottom, including the “you’re on your own” approach it’s taken towards black people, who have been disproportionately affected by the pandemic.

Case in point: the $650 billion Paycheck Protection Program which was supposed to help small businesses survive and pay employees during the current economic downturn has neglected hundreds of black and other minority-owned businesses while funneling millions in taxpayer money to corporations like the Los Angeles Lakers.

That kind of inequity in the distribution of resources has driven former NBA All-Star Magic Johnson to commit $100 million in loans to those left behind by the government’s program, according to the Wall Street Journal

“We knew why the money was gone and couldn’t trickle down to small businesses, especially small minority businesses, because they didn’t have those great relationships with the banks,” Johnson told the Wall Street Journal.

The money will be disbursed through a partnership between Johnson’s EquiTrust Life Insurance Company and MBE Capital Partners, a lending institution in New Jersey that specializes in financing businesses owned by women and minorities

From WSJ: MBE’s chief executive, Rafael Martinez, had received complaints from clients who couldn’t get loans from the PPP’s first round of funding; reports later revealed that some lenders prioritized businesses with whom they had existing relationships.

Martinez told the WSJ that Johnson’s $100 million commitment will first be used for the 5,000 PPP loans his company has approved so far.

“This is, when you think about it, life and death for so many business owners. They have nowhere else to turn,” Johnson said.

A survey recently commissioned by Color of Change and Unidos US has shown that only 12 percent of the black and Latino small business owners who applied for loans in the government’s $650 billion Paycheck Protection Program received the funds they applied for, according to the New York Times.

Nearly half of the 500 business owners who were surveyed said they anticipate having to permanently close their businesses in the next six months.