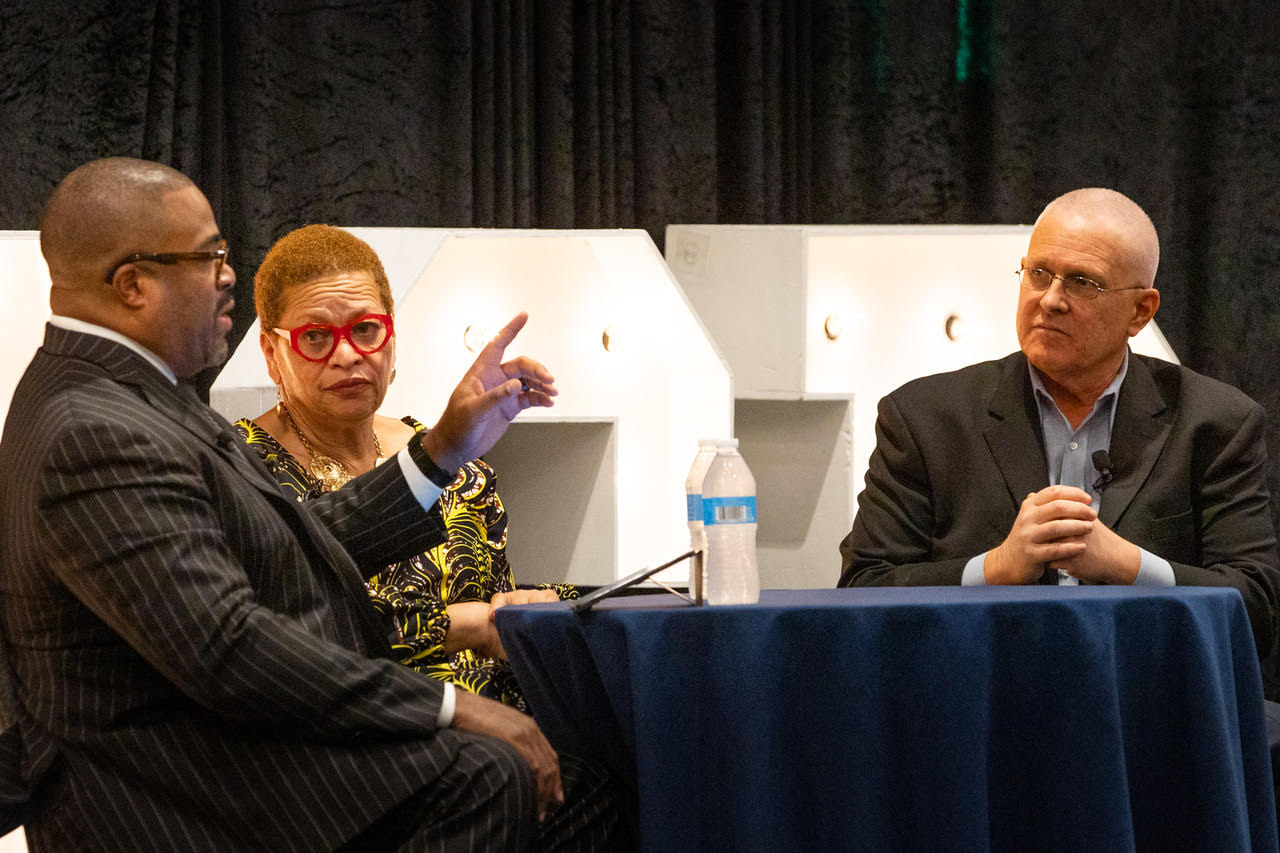 The California Hawaii Conference of the National Association for the Advancement of Colored People (NAACP) hosted elected officials, activists, organizers, faith leaders, and entertainers at its 35th Annual State Convention held in Los Angeles from Oct. 21 through Oct. 23.

Workshops and discussions were held that covered pressing issues confronting African American and other communities of color in California and Hawaii.

For the last two weeks, the LA city council has been embroiled in a scandal centered around the release of a recorded conversation involving former City Council President, Nury Martinez, and City Councilmembers Kevin de León and Gil Cedillo and former LA County Federation of Labor President Ron Herrera made disparaging comments about several groups including Blacks, Mexicans, LGPTQIA+, as well as several individuals, including Bonin, who is White, and his adopted son Jacob, who is Black.

“The attitude that they had of contempt and racism did not surprise me,” Bonin said. “This was about the three of them holding power…They said, because I voted with Marqueece [Harris-Dawson], Curren [Price Jr.] and my other colleagues, I was the fourth Black member… They went after the organization that Karen Bass founded, The Community Coalition, which is based on a Black-Brown coalition. They went after KIWA, the Korean Immigrant Worker Association, which is based on multiracial collaboration. They were against the idea of people working together, their whole thing was about divide. Their whole thing was for them to win. Somebody else had to lose.”

Martinez and Herrera resigned within days after the meeting tape was leaked, but despite public outrage and pressure from across the political spectrum, including Pres. Joe Biden, Cedillo and De León are refusing to step down.

“One of the things that I think we should be actually calling for is the official censure of these offending council members, and we need to take away their pay,” said Callender. “If they want to sit there, if they want to do something, they should do it without receiving any money… They refused to resign, refused to pay them… They took Mark Ridley-Thomas’ pay the exact same way.”

“We’re literally looking at every possible thing,” said Bonin. “There is no one on the council who wants them there.”

The President awards dinner honored the activism and achievements of high preforming members and NAACP branches. Honorees included D’Adrea Davie of Stockton, a real estate agent and advocate for building generational wealth, and Yusef Miller of San Diego, a leader of Racial Justice Coalition. Jeanette Ellis-Royston of Pomona, an appointee of the Los Angeles Human Relations Commission, was also honored for her volunteer work. The Butte County, Hayward and San Francisco NAACP branches were honored for their advocacy and programming.

Civil rights attorney Ben Crump gave the keynote address at a youth-focused dinner Friday night. Crump has a national reputation as an advocate for social justice and is known for his representation of clients like the families of Ahmaud Arbery, Breonna Taylor, George Floyd, Jacob Blake, and Daunte Wright. The Rev. Al Sharpton calls him “Black America’s Attorney General.”

The NAACP was founded in 1909 in response to the ongoing violence against Black people around the country. The NAACP is the largest and most pre-eminent civil rights organization in the nation. There are over 2,200 units and branches across the nation with over 2 million activists. Its mission is to secure the political, educational, social, and economic equality of rights in order to eliminate race-based discrimination and ensure the health and well-being of all persons.

More information about the NAACP California State Conference is available at www.CAHINAACP.org.