Los Angeles City Council Announces Street Will Be Renamed Kobe Bryant Boulevard: ‘He Is the City’ 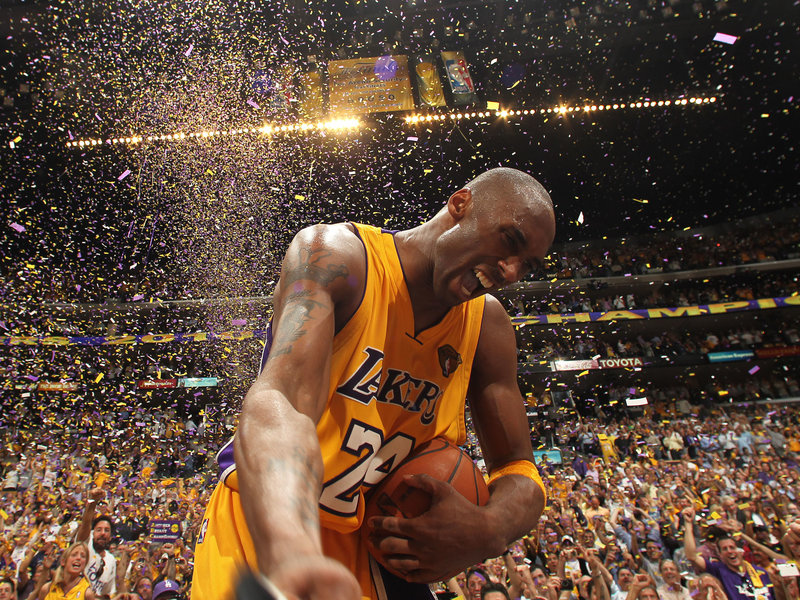 Los Angeles, CA — In NBA circles, Staples Center in Downtown Los Angeles is commonly known as The House That Kobe Built. And now a portion of Figueroa Street in its immediate vicinity will be renamed after one of the greatest professional athletes who ever lived.

“Figueroa St. will soon be Kobe Bryant Blvd. between Olympic & MLK,” he tweeted. “Kobe’s legacy is bigger than basketball. #KobeBryantBlvd will be a reminder to everyone, young and old who drive down it, there is no obstacle too big and that with the #Mambamentality, anything is possible.”

While Laker legends such as Shaquille O’Neal, Magic Johnson and Kareem Abdul-Jabbar have statues honoring them in front of Staples Center, the five-time NBA champion joins sportscaster Chick Hearn as only the second Lakers icon to have a street named after him.

Both current and former players throughout the NBA also made it a point to honor the Black Mamba on Kobe Bryant Day. His one-time adversary Allen Iverson penned a heartfelt tribute to the man he called “a hero to me,” while future Hall of Famer Chris Paul incorporated the Mamba Mentality into his pre-game warm-up routine.

“All I can think about is what Bean would have been like in this Bubble,” Paul told reporters. “Kobe was a killer. Before games, I hit the stanchion 8 times, look up [and] say, ‘Let’s go Bean.’

I know there’s not a game going on that he’s not watching.”

The presence of the 18-time NBA All-Star was inescapable inside of the NBA bubble as well. Russell Westbrook, James Harden, and CJ Tucker were spotted in Kobe-themed pre-game attire, Dame Lillard played in customized Kobe-theme sneakers and this happened during the Lakers-Trail Blazers game:

“Tonight, was one of those moments, for me and this organization and all the players that were able to wear those uniforms that were inspired by him,” LeBron James told reporters after the Lakers won 135-115. “One day removed from his birthday. And his day of 8/24, to have a game on this day, the stars aligned. It was a beautiful night for our franchise.”

Kobe also received an outpouring of love from players and former teammates on social media.

But the most moving tribute came from Vanessa Bryant, who took to Instagram to deliver a touching message to her late husband.

“I love you and miss you more than I can ever explain. I wish you and Gigi were here to celebrate YOU! I wish I could make you your fav food or a birthday cake with my Gigi. I miss your big hugs, your kisses, your smile, your loud ass deep laugh,” she wrote. “I miss teasing you, making you laugh and bursting your bubble. I miss you sitting on my lap like my big baby that you are.

“I think about your tenderness and patience all the time. I think about everything you would do in situations to help me deal with everything thrown my way. Thank you for growing up with me and teaching me how to be strong.”

If the Lakers win the NBA title this year, the L.A. City Council hopes to have Kobe Bryant Boulevard renamed in time for the championship parade.

“It sounds beautiful. I mean, he is the city,” Lakers fan Stephen Armstrong told ABC7. “The impact that he’s had on this city since Day 1….it’s remarkable.”