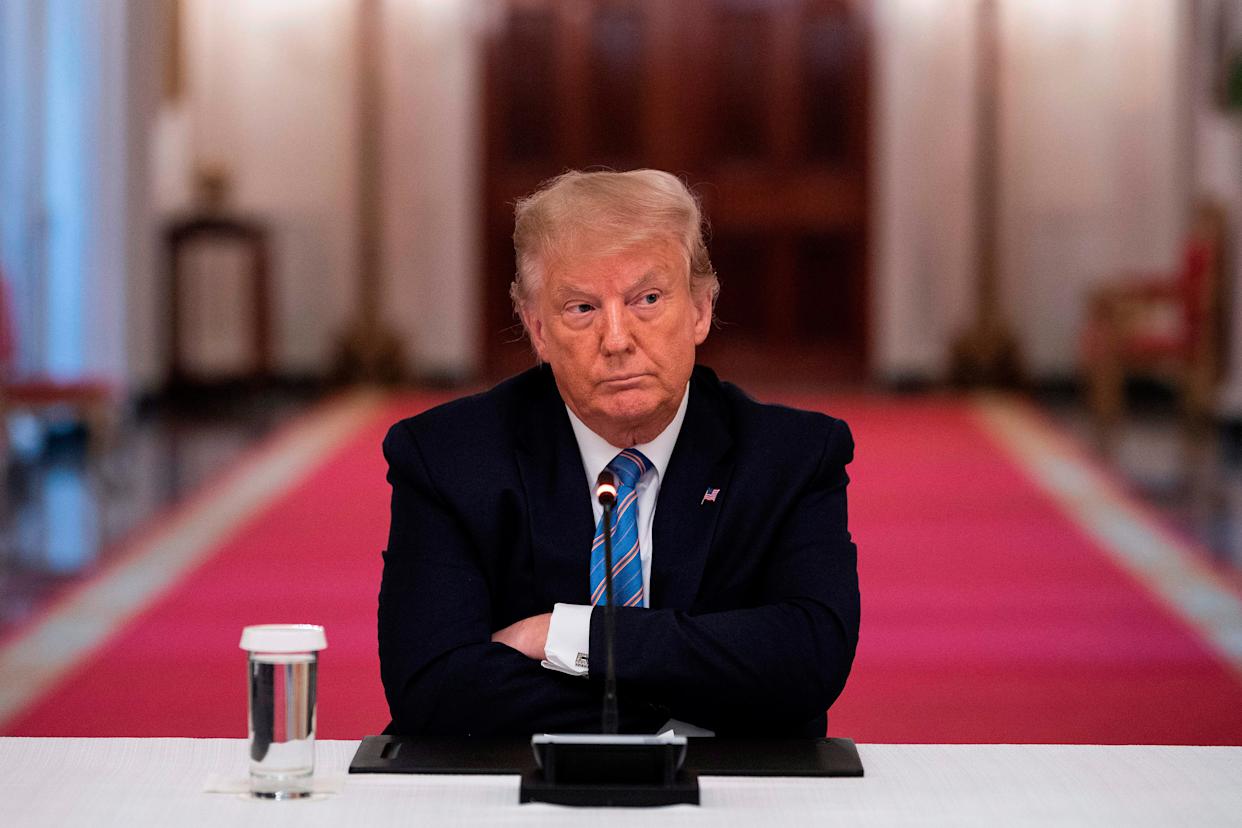 While there is talk of former President Donald Trump running again in 2024, that might never happen. The former president is facing a string of legal actions against him and he might be barred from running because he’s in jail.

Before Trump got into the White House, he already had a spotty legal history. He has been involved with legal cases with the government since the 1970s when he was sued for racial discrimination because he refused to rent homes to Black tenants. Over the years, he has been involved with thousands of lawsuits involving failed business deals, breach of contract, sexual harassment, sexual assault, fraud, etc. He had to pay a $25 million settlement to the victims of his fraudulent Trump University operation.

And Trump’s term ended with an insurrection. (He was also impeached for a second time.) The Jan. 6 insurrection has already resulted in about 700 arrests, and it’s not over.

However, while many Trump supporters have been prosecuted for their actions on Jan. 6, Trump and the other organizers remain untouched. So far.

According to a Boston, Mass.-based defense attorney, Trump should’ve been charged with sedition.

“The federal crime of Seditious Conspiracy is set out in 18 United States Code §2384. In relevant part it states that: If two or more persons . . . conspire . . . by force to prevent, hinder, or delay the execution of any law of the United States . . .they shall each be fined or imprisoned not more than 20 years, or both. It is not a complicated law,” said James Doyle, a defense attorney and author writing in “The Crime Report.” “It is not a complicated case. Donald Trump is guilty of Seditious Conspiracy.”

However, although Attorney General Merrick Garland stated he intends to go after all the people involved in the Jan. 6 plot, no matter how high-ranking they are, many of his critics say that he seems to be reluctant to prosecute Trump. The argument is that he doesn’t want to be seen as being the first person to indict a former president and turn the Department of Justice into a partisan operation.

But many state attorney generals don’t have that problem. Trump is under criminal investigation by New York State Attorney General Letitia James for tax fraud and several other crimes.

Eric Trump, son of the former president, recently lashed out against Jones, saying that her investigation was a “violation of the Constitution.”

However, according to legal scholars, Lani Williams, attorney general of Fulton County (Ga.) has one of the best cases against Trump. She’s investigating the former president for trying to pressure local election officials to overturn the November 2020 election results. In a recorded phone call, Trump was heard saying he wanted election officials to help him “find 11,780 votes.”

This is a clear violation of the law.

“Former federal prosecutor Joyce White Vance tells me, ‘The key evidence necessary to prove election interference is the taped phone call of Trump asking Georgia’s secretary of state to find him 11,780 votes.’She acknowledges, ‘Yes, the prosecution will still have to prove his state of mind, knowing that he was seeking fraudulent, not legitimate, votes.” Vance’s prosecutorial experience tells her that it seems likely the Fulton County DA will be able to get there,’” according to The Washington Post’s Jennifer Rubin.