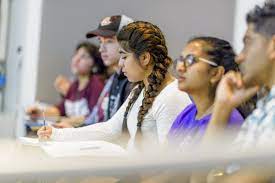 For the second time since he became governor, Gavin Newsom is being asked by the California Legislature to sign a bill that would make ethnic studies a California high school graduation requirement.

Days before the end of the 2021 Legislative session, by overwhelming margins, the State Assembly and Senate approved Assembly Bill (AB) 101. It would require high schools to offer ethnic studies courses beginning academic year 2025-26 and make completing a one-semester course a graduation requirement starting in the 2029-30 school year.

According to Medina, a former ethnic studies teacher, “California is one of the most diverse states in the country and we should celebrate that diversity by teaching a curriculum that is inclusive of all of our cultures and backgrounds. Ethnic Studies provide students an opportunity to learn about histories outside of the Euro-centric teachings most prominent in our schools. At a time when the national climate drives divisiveness and fear of otherness, Ethnic Studies can play a critical role in increasing awareness and understanding.”

He expressed concerns about the content of the Ethnic Studies Model Curriculum that was being developed as a template to guide school districts as they created their own versions of the course. Newsom called the draft model curriculum “insufficiently balanced and inclusive and needed to be substantially amended.”

The drafts drew complaints from Jewish Americans and other ethnic and religious groups who said their American experiences were being ignored. Jewish Americans expressed concerns that the curriculum evoked anti-Semitic stereotypes and dwelled on the Israeli-Palestinian conflict. Others criticized the curriculum for taking a left leaning and politically biased view of history. For example, it defined capitalism as a system of oppression.

Revisions to the model curriculum were made and it was adopted by the State Board of Education this past March. The 894-page curriculum with more than two dozen lesson plans is designed to teach students about the history, culture and struggles of four historically marginalized racial and ethnic groups: African Americans, Asian Americans, Latinos and Native Americans. The guidelines also include supplemental lessons on Jews, Armenians and Sikhs in response to public comments received.

School districts and charter schools are not required to adopt CDE’s model curriculum. AB 101 lets them pick the elements they like from the model curriculum— or choose none of them. They can develop ethnic studies courses on their own. The course must be approved by the governing board of the school district or the governing body of the charter school and the courses must be approved as meeting the A–G requirements of the University of California and the California State University.

AB 101 is supported by State Superintendent of Public Instruction Tony Thurmond and a coalition of educators, students, and advocates across the state. Supporters include the California Teachers Association, the California State PTA, Hispanic Association of Colleges and Universities, California Association for Bilingual Education, and The Education Trust-West.

Over the weekend, at the California Association of African American Superintendents and Administrators (CAAASA) 2021 Annual Round-Up, Thurmond was applauded by the group when he said, “I hope you’ve heard the good news. AB 101, the bill to require ethnic studies as a graduation requirement has been passed, and is on its way to the governor’s desk for signature. Our babies deserve to learn about the contributions of their ancestors. Our African American children, our Latino children, our Native American, Pacific Islander children, deserve to hear the positive contributions of their ancestors, who helped to make this a great state, and a great nation.”

Also unanimously supporting AB 101 are the five diversity caucuses of the California State Legislature: the Latino caucus, the Asian Pacific Islander caucus, the Black caucus, the Jewish caucus and the Native American caucus.

The statement from the California Legislative Black Caucus (CLBC) leaders chair Sen. Steven Bradford (D-Gardena) and vice-chair Sen. Sydney Kamlager (D-Los Angeles) reads, “As chair of the Legislative Black Caucus, I am proud to stand with Assembly member Medina in support of the amendments to AB 101, … it is critical that ethnic studies be immediately included as a graduation requirement to help reduce further racial bias and create understanding. History is often taught with oppression and racism in the periphery or sometimes erased altogether. It is imperative that all students leave our education system with a deeper understanding of the communities that make California and America culturally diverse and strong.”

As Newsom decides whether or not to sign AB 101, criticism of the bill persists.

The anti-Semitism watchdog AMCHA Initiative writes, “My organization is deeply concerned that classes taught using [the Ethnic Studies Model Curriculum] will become vehicles for highly controversial, one-sided and extremely coercive political advocacy and activism that will both subvert the educational mission of our schools and incite bigotry and harm against many students…, we believe it is irresponsible and unethical to pass a bill requiring students to take a course that has not been shown to improve students’ academic achievement, and is quite likely to incite strife and hatred.”

Republican legislator opposition can be summed up in a comment Sen. Melissa Melendez (R-Lake Elsinore) made recently. Debating AB 101, Melendez said that ethnic studies is rooted in “critical race theory,” a view that racism is ingrained in laws and government institutions.

With the recall election scheduled for Sept. 14, Newsom will likely avoid signing any bills until after the election, fearing he could motivate critics to vote in favor of the recall.