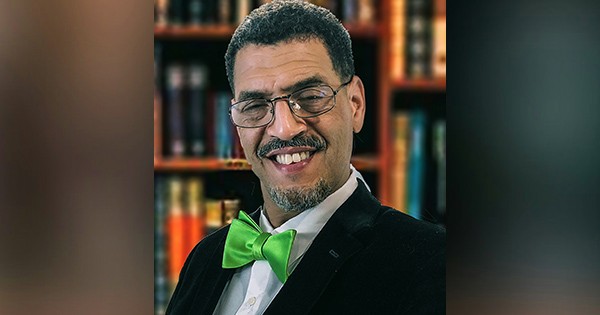 Oakland, CA — Niamke Muhammad wants to see more Black entrepreneurs become successful, so he formed The B Network Group. The company is family-owned and yearns to help Black people put their products in the marketplace and make a way to provide for their families. The B Network Group started the company with the core values of Contributing to the Community and Building Trust through Transparency. Niamke knew that $50,000 alone would NOT get a product into a major grocery store overnight, but he realized it would be the start of the process for a black entrepreneur into becoming an organic household brand.

The B Network Group affirms that if you come up with a solid business plan, they will fund it. They aren’t seeking corporate, celebrity backing, or sponsorships, they want the support to come from us; our people. A mere sacrifice of not hanging out and a donation of $50, The B Network Group, feels the company would be on its way to becoming financially independent and in a position to help individuals that are helping the community.

Furthermore, they firmly believe there to be thousands if not hundreds of thousands of African/African American people who have great ideas that can help and support the whole community but can’t find the finances to get started. Hence, The B Network Group wanting to fund those ideas. Believing that by funding these ideas they will encourage millions of people to go after their dreams and live their best life.

The $50K allotment will go to anyone who has a business plan that will create jobs and industry in the African/African American communities across the globe. He also plans to choose one company, corporation or non-profit a year to give $500,000 that aligns with the companies’ goals, principles, and advocations.

Niamke comments, “We are simply asking four million people to donate $50. This small one-time donation will provide generational wealth and motivate millions to become entrepreneurs. We believe if we can show the world that by giving up one night of partying, we can provide one hundred years of financial independence. That will be a great start and a true sign of community maturity.”

Additionally, The B Network Group has a vision, that vision is to get Black entrepreneurs up and running and putting them in their marketplace. As an organization, they believe that when you go to the store there should be African or African American choices on the shelves too.

An example of this desire would be to see “Kenyata’s Kleaning Solutions on the shelves as a possible disinfectant, not just Pine-Sol, Fabuloso, and Lysol.

Besides their vision to bring black entrepreneurs into the marketplace, The B Network Group has developed a masterful strategy to achieve this goal. If four million people donate $50, $200 million dollars will be raised. The plan is to divide (85%) of all donations to a charitable cause and 15% will go to The B Network Group.

Living by the core value of Building Trust through Transparency, the money will be broken down in the following manner: $120 million dollars will be allocated to giving away $50k twice a month, every month for one hundred (100) years. $50 million dollars will be allocated to give away $500,000 dollars to a business once a year for one hundred (100) years.

If four million African/African Americans agree to sacrifice one night of fun, one hundred (100) years of financial stability will be created. “Our vision is that the task of putting black entrepreneurs into business is done”; “For Us, By Us” – Daymond John.

For more information about The B Network Group, please visit the web site at TheBNetworkGroup.org or email the founder, Niamke Muhammad at weecan@thebnetworkgroup.org

The B Network Group Inc. is a group of individuals with the passion and inspiration to provide reparations to the African and African American community due to the years of neglect and overlooked entrepreneurs of those communities.

The founder and CEO of The B Network Group, Niamkemudera Muhammad, has amassed over ten years of experience working in finance for companies like Rolls Royce and the Discovery Channel. Okwaasmudera Muhammad is the CFO of The B Network Group Inc. and CEO of Lowkey Savage clothing company, he too brings a wealth of experience trading cryptocurrencies and an extensive knowledge of the foreign exchange market. The secretary for The B Network Group Inc, Jaslyn Adams, is considered to be a detailed oriented perfectionist. Her experience boosts over twenty-five years in the fashion industry working as a senior designer, product developer, and fit specialist.