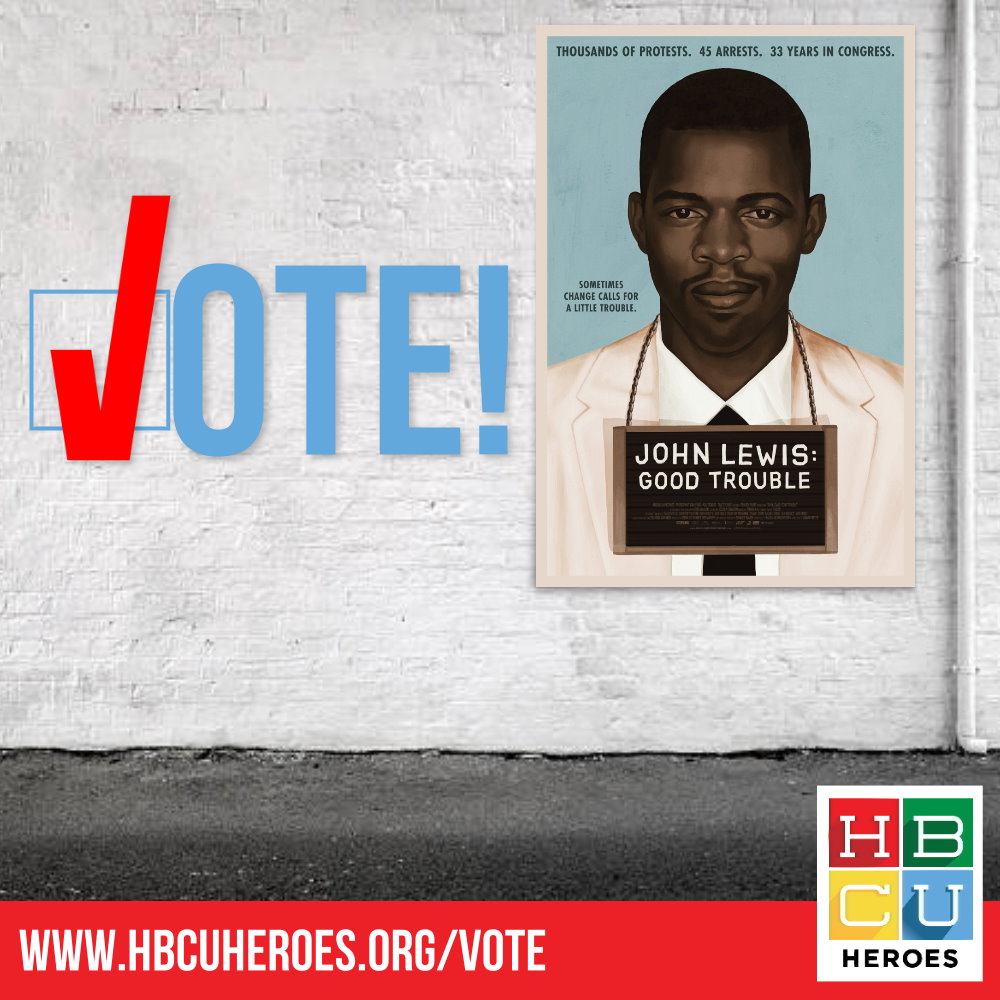 Atlanta, GA (BPRW) —  As voters show up to the polls in record numbers to cast their votes, HBCU Heroes is on a mission to ensure those numbers include the voices of HBCU students from across the country with the launch of the “HBCU Good Trouble Takeover…Walk. Run. Stroll to the Polls” campaign sponsored by Verizon and Citi, with a grant by Arthur M. Blank Family Foundation.

Beginning Monday, October 26, 2020, through Monday, November 2, 2020, HBCU Heroes will provide the 228,000 plus HBCU students from across HBCUs access to a free virtual screening of the documentary,  JOHN LEWIS: GOOD TROUBLE, which chronicles the life and career of the legendary civil rights activist and global icon, as well as how he lived his life making “good trouble” and fighting for equality in America.

The screenings and virtual livestream aim to empower and increase voter participation among HBCU students. A curriculum guide will also be distributed to HBCUs to amplify post-film discussions, assist with leading classroom instruction, and continue meaningful dialogue with Gen Z students, our future leaders, about getting into “Good Trouble” by exercising their right to vote.

“HBCU students experienced the largest drop in voter turnout for the 2016 election, so we’re honored to celebrate John Lewis as we engage this audience to underscore how important it is for them to go to the polls,” says Tracey Pennywell,  Co-founder of HBCU Heroes.

“Citi’s mission and purpose have long been rooted in enabling growth and progress. As communities come together to solve issues around equity and civil rights, we hope this film inspires future leaders to stand for change, take action and create meaningful impact,” says Mary Ann Villanueva, Director of Brand Culture and Engagement at Citi.

In an effort to prevent a repeat of 2016’s drop in student voter turnout, HBCU Heroes jumped into action rallying the support of celebrities, HBCU alumni, leaders and community groups to help connect with and educate students on the importance of voting while encouraging them to go vote on Election Day.

“For 30 years, Rock the Vote has worked to build the political power of young people. We are thrilled to partner with HBCU Heroes and support their work to turn out the HBCU vote in November,” said Carolyn DeWitt, President and Executive Director of Rock the Vote. “HBCU students have incredible power to determine the direction of our country and our communities. And we must fight fiercely to protect that power and the right to vote, while empowering students with information and resources to make their voices heard in our democracy.”