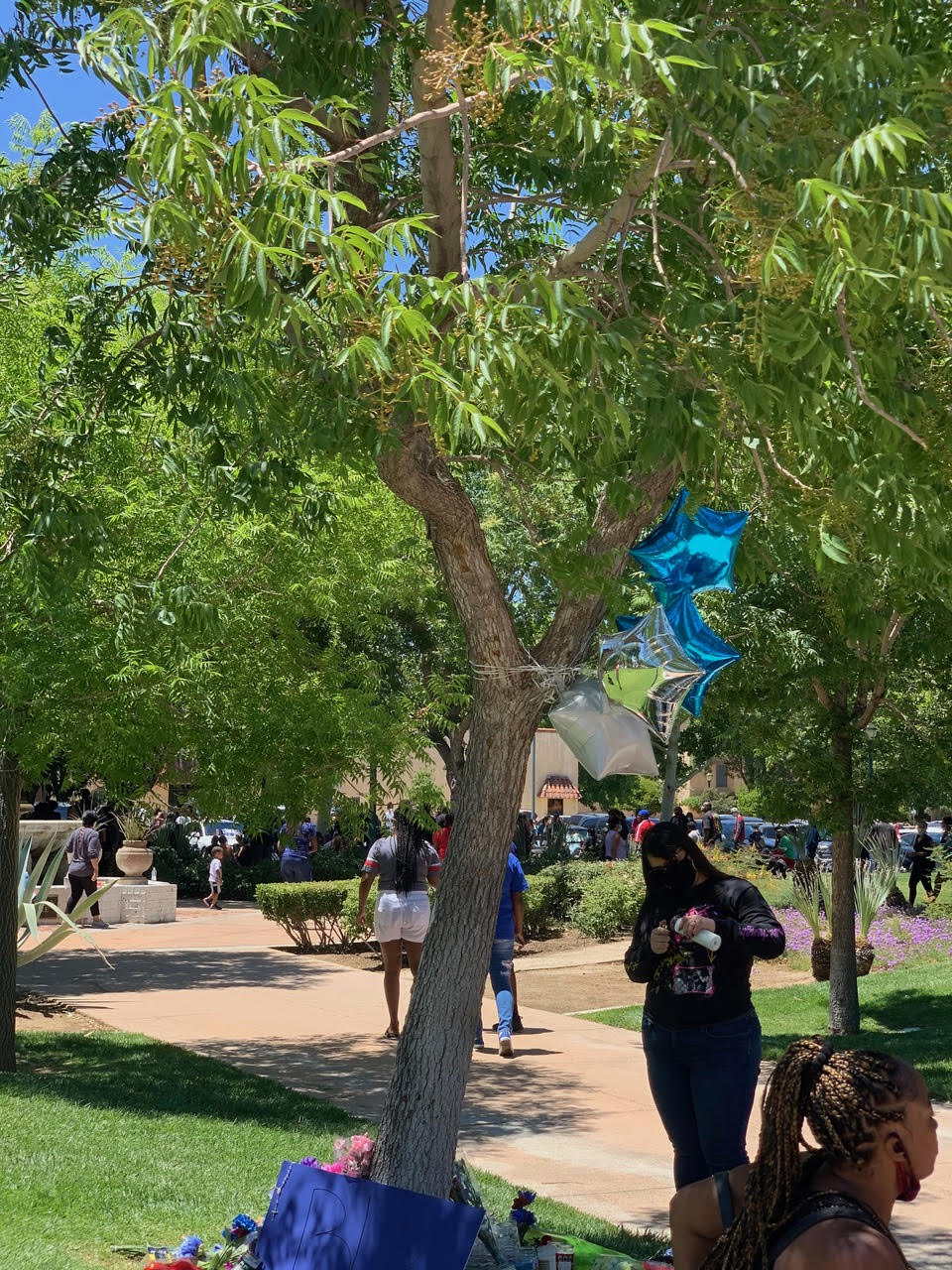 Statewide — Author and investigative journalist Ida B. Wells-Barnett, a staunch crusader against lynching at the turn of the last century, would likely have been included among the hundreds of thousands of people calling for a thorough investigation into recent hanging deaths of two Black men in California and another in New York.

Wells-Barnett (July 16, 1862 – March 25, 1931) led one of the most aggressive anti-lynching campaigns through the Black press, beginning in the 1890s right up to her death about 40 years later. Wells wrapped statistics in touching stories that personalized the brutal lynchings and other race-based crimes happening in towns across the Deep South, bringing them to the attention of people across the country and in other parts of the world.

Although local authorities have listed suicide as the likely cause of death in both instances, people in California and across the county are demanding more transparency in the investigations of the separate hanging deaths of the African American men.

On May 31, San Bernardino Sheriff’s deputies responded to a report of a man found hanging from a tree in Victorville, a desert city nearly 100 miles northeast of Los Angeles.  On June 13, authorities released information identifying the man, who was homeless, as 38-year-old Malcolm Harsch. He died at a makeshift encampment for unsheltered people where officials believed he lived, close to Victorville City Library.

The delay in releasing information about this case is the crux of many complaints being lodged against law enforcement in San Bernardino County. People are incredulous about authorities preliminarily deciding that Harsch’s hanging was a suicide. The comment sections of the Sheriff’s social media accounts include calls for investigators to release more information about the case

People are also questioning if Harsch was lynched.

About 52 miles away, the Los Angeles County Sheriff’s Department is investigating another hanging in Palmdale. Saturday people gathered at Poncitlán Square park near a tree outside of City Hall. That is where 24-year-old Robert Fuller’s body was found hanging on Wednesday June 10.

City officials have backpedaled since initially saying that Fuller’s death was likely a suicide.

Last Friday, authorities in Palmdale told people who crowded into a City Council meeting on Friday that there is no security footage from outside of city hall.

Activists are also calling on the New York Police Department to conduct a deeper investigation into the death of an unidentified Black man who authorities say died from another apparent suicide. He was discovered hanging from a tree in a park in the Inwood neighborhood of northern Manhattan near the Hudson River during the early morning hours of June 9.

Investigators in New York are conducting an autopsy to get to the root of his cause of death.

On Sunday, Los Angeles County Sheriff Alex Villanueva announced that State Attorney General Xavier Becerra will “monitor” the Fuller investigation. On Twitter Villanueva described his choice to bring in Becerra as part of his “commitment to transparency”.

On Monday, Becerra told California Black Media he dispatched a team of investigators to Palmdale.

“They will assess what has been done so far by the local investigators, with the L.A. County Sheriff’s Department, and we will assist moving forward,” said Becerra. “We are an independent agency and our work we do on behalf of the Department of Justice — and we will do that as best we can.”

A “Justice for Robert Fuller” petition has nearly reached its 300,000-signature goal. Petition organizers question if Fuller was possibly the victim of a lynching. They cite heightened emotions caused by recent Black Lives Matters (BLM) protests as a possible factor. Hundreds of people reportedly took part in Palmdale BLM demonstration a week prior to Fuller’s death.  Despite creating some traffic issues, authorities say the demonstrations were peaceful.

Over the weekend Fuller’s family and supporters held rallies to demand an independent investigation into his death. They reject the suicide claim presented by the Sheriff’s office. Instead in the Change.org petition they point to the community’s past “history of racism and negligence”.

The Southern Poverty Law Center reports that Victorville and the surrounding county is home to  several anti-government and anti-immigration hate groups. In 2012, a man was found hanging from an electric wire in an incident police believed was a suicide.

A similar online petition is gaining signatures for Malcolm Harsch. Twenty-three thousand people have signed petition to seek a thorough investigation. The Harsch family told Victor Valley News that law enforcement’s assessment of suicide possibly linked to the coronavirus was off base.

“He didn’t seem to be depressed to anyone who truly knew him. Everyone who knew our brother was shocked to hear that he allegedly hung himself and don’t believe it to be true as well as the people who were there when his body was discovered. The explanation of suicide does not seem plausible,” it reads,

Sheriff Villanueva scheduled a virtual town hall on Monday. He said residents can talk with law enforcement and get more information about the case.

In both Palmdale and Victorville authorities say the investigations are ongoing.

During her life, Wells-Barnett put all her resources into journalism and bought a stake in the Memphis Free Speech newspaper. After three of her friends were lynched by a mob in 1892, her journey as a social reformer.  She lectured about the atrocities of lynching all over Great Britain. Her three friends’ deaths changed her life.

Today, the end of the lives of three Black men, brings back the memory of Wells-Barnett’s cause.

Lynching is defined as a form of violence in which mobs, consisting mostly of non-Black people in the Deep South states, executed a person without the fairness of a jury trial.

This practice soared after the Emancipation Proclamation freed slaves in 1865 and continued for about 100 years. Graphic photos of lynchings, many in a spectator setting, still circulate in various forms of media, including U.S. postal cards.

The National Memorial For Peace and Justice (NMPJ) in Montgomery, Ala., is the first memorial dedicated to the legacy of enslaved Black people and Black people terrorized by lynching.

In May of 2020, 89 years after her death, Wells-Barnett was posthumously awarded a Pulitzer Prize for her journalism.

“The way to right wrongs is to turn the light of truth upon them,” Wells-Barnett once wrote.