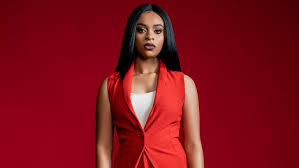 Released on September 18th, I Am, debuted at #1 on Nielsen’s Current Gospel Album Chart and #2 on Billboard’s Gospel Consumption Chart. The album offers a refreshing collection of gospel, pop, hip-hop and R&Bs sounds, and captures the heart of who Hawthorne is musically. Feel good tracks such as “Speak to Me,” “Sunday,” and “Joy” reveal Hawthorne’s ability to transcend across all genres and moving ballads such as “Know You featuring Steffany Gretzinger,” and “How Great” showcase the songstress’ boundless vocal artistry and ability to shift the atmosphere through worship. With a proven track record of delivering infectious hits, Hawthorne’s first single off the album, “Pray,” debuted at #1 on Billboard’s Gospel Digital Song Sales Chart.