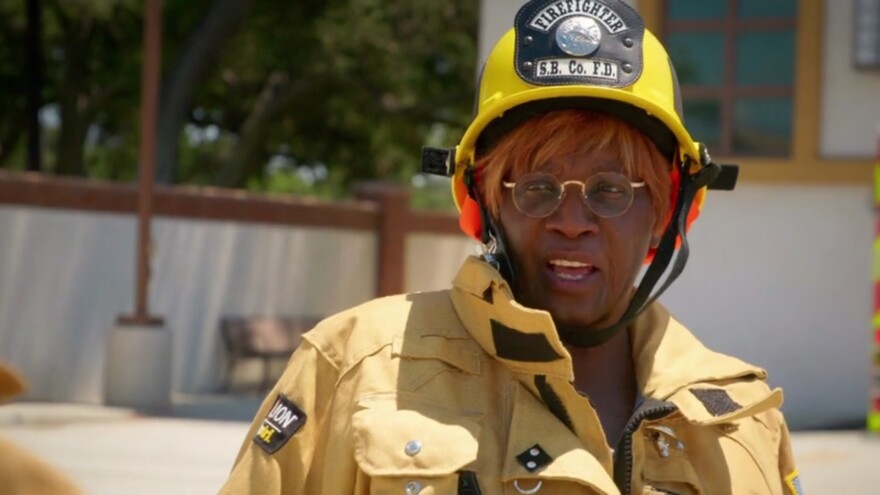 During the show, Warren donned a disguise and portrayed herself as a new transplant from Los Angeles. She worked alongside Fontana city workers in the sewer, fire, police and parks departments.

Warren was shown helping to unclog drains, picking up trash in city parks, going on a ride-along with a police officer and using a firehose.

During her adventures, Warren learned of some of the challenges the city was facing such as providing services to homeless people and the challenges facing parks workers who sometimes work in a dangerous environment.

She also learned about the personal stories of the workers such as the Black police officer, who joined the police department to make a difference, and the parks department employee who was challenged with dealing with trash left in the park including underwear and condoms.

Warren said she was moved by her experience.

“I have been touched by the stories,” she said. She also said the experience gave her a different perspective on the challenges that workers face.

At the end of the show, Warren rewarded some of the city workers she encountered with gifts such as a $10,000 donation to the Black police officer’s honeymoon and scholarships for his children.

“Undercover Boss” likes to feature heart-warming stories. But according to some comments on the city of Fontana’s Facebook page, some residents were more cynical about the experience.

“Did she go undercover at one of the many warehouses in Fontana, that offers no benefits and only hires through staff agencies?” said a Facebook poster named Karen Elizabeth.