Home > Business > Eight Takeaways From A Report On Black Consumers

Eight Takeaways From A Report On Black Consumers 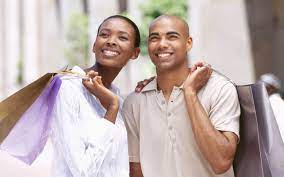 Cultural diversity. Uniquely challenging about the Black consumer market is its cultural complexity. The U.S. Black population accounts for the second-largest multicultural segment of the U.S. at 12.4 percent. The Black multicultural segment has seen growth of nearly 21 percent since 2000

Social media savvy. Young Black consumers are socially conscious. Through social media, they have brokered a seat at the table and demand that brands and marketers speak to them in ways that resonate culturally and experientially.

Eating out. Black households on average spent around $2,795 annually on food and non-alcoholic beverages away from home. We are 47 percent more likely than average to prefer picking up quick meals to cooking meals.