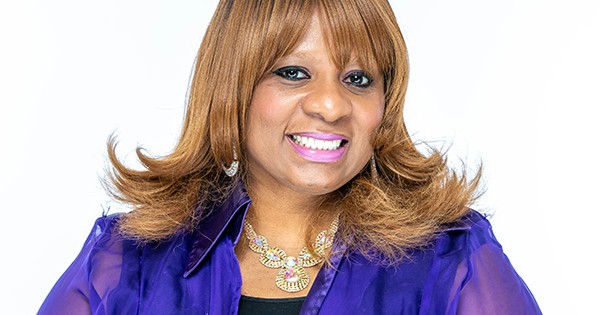 Beachwood, OH — Bonjour! NGU Designs is going international making its global debut at the Paris City Fashion Week this fall. The exclusive event will happen at the Eiffel Tower in Paris, France, and will feature couture designs such as their signature illustrious line, NGU (Never Give Up) Designs showcase at Styles of Imagination Fashions located in Beachwood, Ohio. SOI is a Black-owned premier clothier based in Cleveland, Ohio, founded by Diane Linston who is involved from conception to completion as each piece is woven with unique precision. Her dedication to creating attire that makes women feel confident and chic has led to her global debut.

“I am so happy that my company is going to the next level. I’m speechless because I’ve overcome so much. I meet so many people who give up on their dreams because they don’t know how to get to the next level,” shared Linston. “That’s why when you purchase one of my designs, each one has a label that contains words of encouragement.”

Along with servicing others via her manufacturing facility, Linston owns a boutique. When it was forced to close for two months during the pandemic, the diminishing sales caused significant concern. While many businesses closed permanently, the versatile entrepreneur pivoted to meet the demand for masks. Within eight days of starting, her company earned more than $15,000 in sales from the masks. To date, she has sold more than 100,000 masks which come in various styles including children’s, lace, bling, and more. The customizable pieces are available in-store, online and at a kiosk, in the Cleveland Hopkins International Airport.

“The pandemic changed my life and my way of thinking. It made me restructure my business. I know we are facing hard times, but I advise you not to give up. Now is the time to rethink your life,” she said.

The award-winning clothing line has received acclaim from several celebrities and was chosen to style actress Elise Neal in the 2020 film, A State of Mind. Linston’s tenacity, expertise, and flair for fashion are respected by her colleagues and customers.

Fashionistas who are ready to rock a stunning conversation piece can go online to StylesofImagination.com.

Diane Linston is a highly sought-after fashion designer whose work has been featured in national and international magazines, as well as at various nationwide events and venues. In 2010, Diane was diagnosed with a rare disorder called Trigeminal Neuralgia, a chronic pain condition that affects the trigeminal nerve which carries sensation from your face to your brain. Known for her graceful yet resilient energy, Diane remained faithful about healing from her condition. In 2011, she had brain surgery to correct the damaged nerves in her face. Within four months, she was able to resume her love for designing women’s clothing. Diane opened her manufacturing facility and showroom in 2015.

Diane’s designs have been worn by notable figures such as John Legend’s mother, Phyllis Stephens and actress Jazsmin Lewis (Barbershop). Her collection has been featured at events such as the Essence Festival, New York Fashion Week, and Harlem Fashion Week with the daughters of Malcolm X. Diane Linston’s talents are not limited to fashion design. She is also a contributing author of the 2018 book, Purpose Matters Anthology Project. It features 15 contributing authors who talk about their purpose in life, how to live your dreams, and never give up.